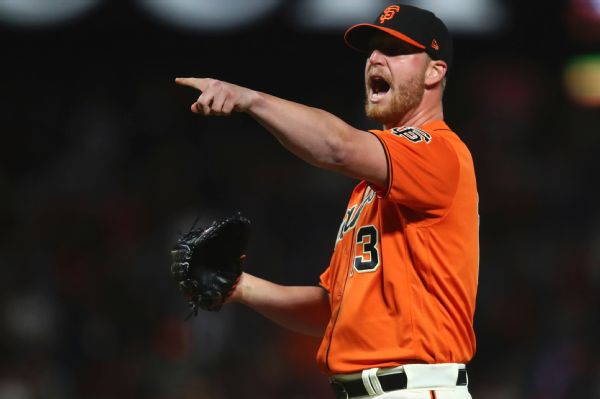 Using a statistic called xwOBA (expected weighted on-base average), Statcast has a unique way of calculating it. xwOBA is an extension of the standard wOBA stat used everywhere, but it also takes into account extra dimensions such as launch angle, exit velocity and sprint speed to give a more realistic measure. We need to understand this stat in order to know why Smith is so good.

“wOBA is a version of on-base percentage that accounts for how a player reached base — instead of simply considering whether a player reached base. The value for each method of reaching base is determined by how much that event is worth in relation to projected runs scored (example: a double is worth more than a single). “

The way that Smith pitches means that hitters are simply struggling to do anything with his balls. His xwOBA is .208 which leads all pitchers. So he is either just that good or very lucky. If you compare this with a pitcher like Ryan Pressly who is undoubtedly good, his xwOBA is only .220. And that is following an impressive scoreless streak of forty games, and he has an ERA of 0.66. However, Smith only pitches from the ninth innings, and then only when his team is winning. i.e. He is a traditional closer, which means he hasn’t appeared that often and his ERA is only 2.38, placing him just seventh in the top ten pitchers.

Switching to the K/B|B stats Pressly clearly outshines Smith easily. Despite them being one and two in the table. Smith only has a K/BB of 8.00 to Pressly’s 16.00 with everyone else trailing close behind Smith. This makes Pressly a clear leader; however, this is unfair as Pressly isn’t a closer, therefore you can easily discount Pressly from this chart.

Smith’s play is solid. He gets base outs without balls being put into play, and he limits base runners too. What this means is that whenever balls are getting put into play, they aren’t hit hard. Smith’s stats may only be based on more of a sample size rather than a full season. However, it is hard to argue with the facts. He is a leader in multiple categories, and in particular in quality of contact, which is what is most important.