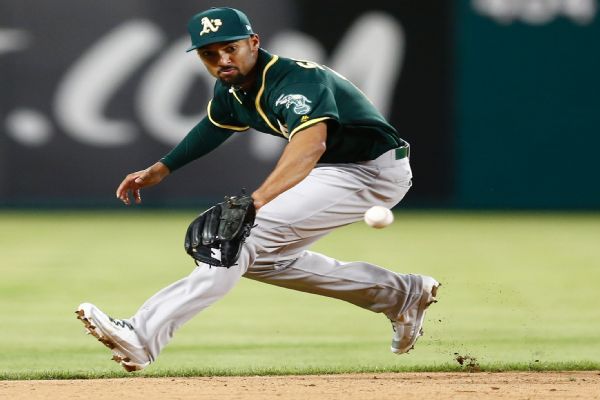 Just like that, the American League West champion Oakland A’s have their backs to the wall in an elimination game Wednesday. The A’s could not solve Chicago White Sox right-hander Lucas Giolito in Tuesday’s Game 1, falling 4-1 and will try and solve lefty Dallas Keuchel, or the season is over. Giolito took a perfect game into the seventh inning and the Chicago White Sox used three home runs for the Game 1 victory. Making his postseason debut, Giolito retired the first 18 batters he faced until Tommy La Stella singled up the middle to lead off the seventh inning and break up the perfect-game bid. Giolito, who threw a no-hitter against Pittsburgh on Aug. 25, became just the fifth pitcher in major-league history to take a perfect game into the seventh inning of a postseason game. The White Sox provided Giolito with an early lead when Adam Engel homered off A’s starter Jesus Luzardo in the second inning. Jose Abreu added a two-run shot in the third and Yasmani Grandal hit a solo homer off Joakim Soria in the eighth. The White Sox led the AL in home runs during the regular season with 96. Tim Anderson had three hits in his postseason debut, while Engel and Abreu added two apiece for the White Sox. The loss was Oakland’s sixth straight in postseason play. Keuchel will be opposed Wednesday by A’s righty Chris Bassitt.

Keuchel has been terrific in his first season with the White Sox, posting an ERA under 2.00 and getting back into the postseason. The lefty was battling some back spasms and soreness but appears healthy now. In his last four starts, Keuchel has surrendered just one earned run over 20 innings of work – all on the road. He is 4-2 with a 3.47 ERA in his postseason career.

Bassitt was a pleasant surprise in the A’s rotation this year, ranking third in the AL in ERA (2.29) and finishing the month of September with a 3-0 mark and 0.34 ERA with 25 strikeouts in 26.2 innings. Bassitt, who was drafted by the White Sox in 2011, had two scoreless outings against his old team in 2019, winning both.

This A’s team is in trouble. They aren’t the same team offensively or defensively without Matt Chapman and didn’t hit well at home during the regular season. Keuchel has the experience to send his team onto the next round.