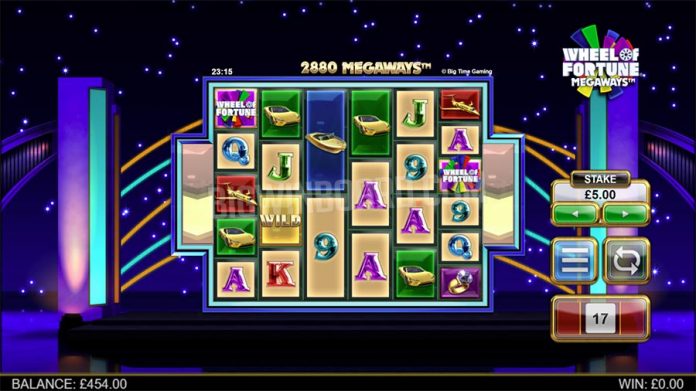 One of the most beloved casino games of all time, Wheel of Fortune, turned 25 last June 9. Old-timers remember that the game debuted in 1996. From then on, the game has paid billions of dollars in winnings. It has also paved the way for offshoot games.

One hostess of the game, Vanna White, said that it had been an honor working with the team that made the game. She said that even at this time, she is still mesmerized by the sheer elegance of this casino game when she visits casinos.

As part of the celebration, International Game Technology (IGT) is hosting a promotional campaign where they will host a 25-week celebration. They will host the campaign in both online and physical casinos in several states like Michigan, New Jersey and West Virginia.

What this means is that fans of both platforms will get a good serving of the game. Whether you are a couch potato or a casino hustler, you can participate in the celebration. Others who are not interested in the game, but want something to commemorate it, may participate in free-to-play contests, the prizes of which are memorabilia for Wheel of Fortune.

Why is Wheel of Fortune a Big Deal?

The game has made more than 1,000 people millionaires since its release. As part of the celebration, the organization behind it released some mind-blowing statistics.

The slot machine is growing more popular as time passes by. People should not be surprised if these stats get surpassed at some point or another.

What is Wheel of Fortune?

The Wheel of Fortune is a slot machine. However, it incorporates a wheel that the player spins on certain occasions. In the physical world, one cannot miss this game as there is a huge wheel that has colorful slices that are typically perched above an ordinary-looking slot machine.

What they did was to combine the idea with the popular game show. The IGT team created a wheel inspired by Adam’s work, but it was huge—as big as the one on the TV show that contestants spun. The wheel had slices that determined how much money you won when it stopped on the stopper.

In the game, the slices had credit rewards that could pay up to thousands of credits. To be able to spin the wheel, the slot machine must produce a combo of Wheel of Fortune symbols. If this is met, all the player had to do was to push a button to spin the wheel. What this means is that the player did not have to spin the wheel by hand like it was in the TV show.

What made the game successful was the combined audio and visual characteristics. Once the wheel is triggered, the sound system would blare the same tune that was used in the TV show. This sound is what drove the excitement and fun—it felt as if you were on the show.

Making the game was not easy. First, IGT had to secure the rights to the name. The Wheel of Fortune, as a brand, had to go through lots of negotiations to get the contract to happen. Historically, it was the first licensed title to be placed or integrated with a slot machine. At that time, no one knew if this move would have a negative impact on the show. Back in those days, gambling was not as socially acceptable as it is today.

After its success, the team did not stop. They incorporated some features that they had been using for some time, like the progressive jackpot that operated on multiple sites, the jackpot and the big-money payouts. What happened was that instead of just waiting for the jackpot to happen, players could enjoy one of the best games of IGT, the Double Diamond. It is a slot machine that has multiplier wilds between 2x and 4x. The wheel, on the other hand, is the cream of the crop—the anticipated moment in the slot game.

Because of its popularity, the Wheel of Fortune resulted in several variants and iterations. Some of these versions are found in demo mode on sites that offer free slots.

Take a look at some below:

The Megaways variant is a casino favorite, as it offers players 1 million pay lines. This, however, was released by Big Time Gaming.