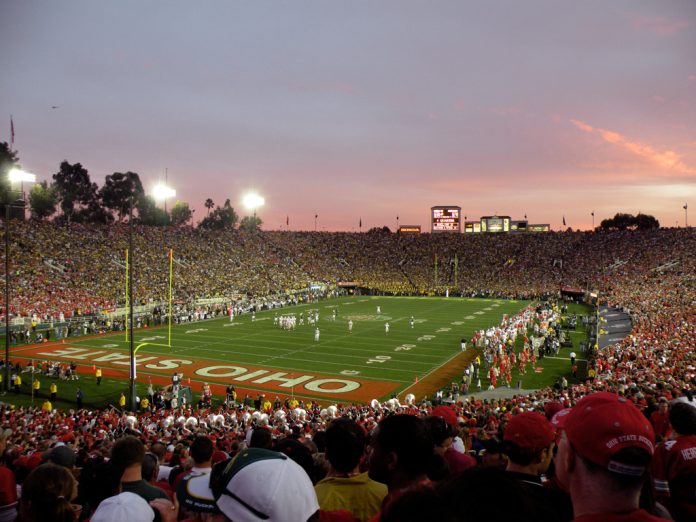 The Rose Bowl is supposed to be a game that each team in the Pac-12 and Big Ten aspire to play in every year. While the Utah Utes are super-excited to make the trip to Pasadena, the Ohio State Buckeyes feel like it’s a second-rate bowl game. Motivation could be factor when the Buckeyes and Utes square off in the 108th edition of the Granddaddy of them all this coming New Year’s Day. Ohio State was one win away from going to another College Football Playoff but were humiliated by arch-rival Michigan in the final game of the season. Now the Wolverines will get a chance at a national championship. Several Ohio State players have opted out of this game including their top two receivers – Garrett Wilson (70 catches for 1,058 yards and 12 TDs) and Chris Olave (65 catches for 936 yards and 13 TDs). The Buckeyes are 8-7 in their 15 Rose Bowl appearances.

Utah is playing in the Rose Bowl for the first time since joining the Pac-12 in 2011. They are also one of the hottest teams in the country since losing two of their first three non-conference games. Since the loss at San Diego State, the Utes have won nine of 10 and six straight including beating Oregon twice by 31 and 28 points to win the Pac-12 Championship. Head coach Kyle Whittingham became the school’s leader in all-time victories (144) with that second win and is 11-3 in bowl games at Utah. The Utes were favored in all but one game this season. They beat USC 42-26 as a three-point underdogs and have covered their last five games with a single digit spread.

Utah has averaged 39.7 points per game during their current six-game win streak and have won by an average of 24.7 points. Quarterback Cameron Rising had 2,279 passing yards with 18 touchdowns and five interceptions this season. Utah was 2-2 in games where Rising has had to throw the ball more than 30 times, although he threw nine passing TDs and just two INTs during those games. The Utes possess a strong running back duo in Tavion Thomas (1,041 yards, 20 TDs) and T.J. Pledger (671 yards, 10 TDs). Utah owns the 13th ranked defense in the nation, allowing 317.8 yards per game, allow just 20.6 points per game. All-American linebacker Devin Lloyd finished the regular season with 107 tackles, seven sacks and four interceptions. Utah is 14-5-1 against the spread in their last 20 games as an underdog.

Ohio State has a bitter taste in their mouths after a 42-27 setback to “that team up north” and missing out on the playoffs. Heisman Trophy finalist C.J. Stroud threw for 394 yards and two TDs in the loss. He was ninth in the nation in passing yards (3,862) and fifth in touchdowns (38) while throwing just five interceptions. With star receivers Wilson and Olave opting out, that leaves Jaxon Smith-Njigba as the No. 1 receiving target. Smith-Njigba had a breakout year, finishing with 80 catches for 1,259 yards and six TDs. Running back TreVeyon Henderson ran for 1,172 yards and 15 TDs this year. The Buckeyes offense is ranked No. 1 in the nation in total yards per game (551.1) and points per game (45.5). Two other Buckeyes – offensive lineman Nicholas Petit-Frere and defensive lineman Haskell Garrett – also have opted out of the bowl game.

This line has come way down and it’s very tempting to take the Buckeyes. I just can’t. Several key players have quit and even Ohio State fans don’t seem interested in this game. The Utes should have a strong contingent in Pasadena and they are a hot team. I’ll take whatever points you want to give me.