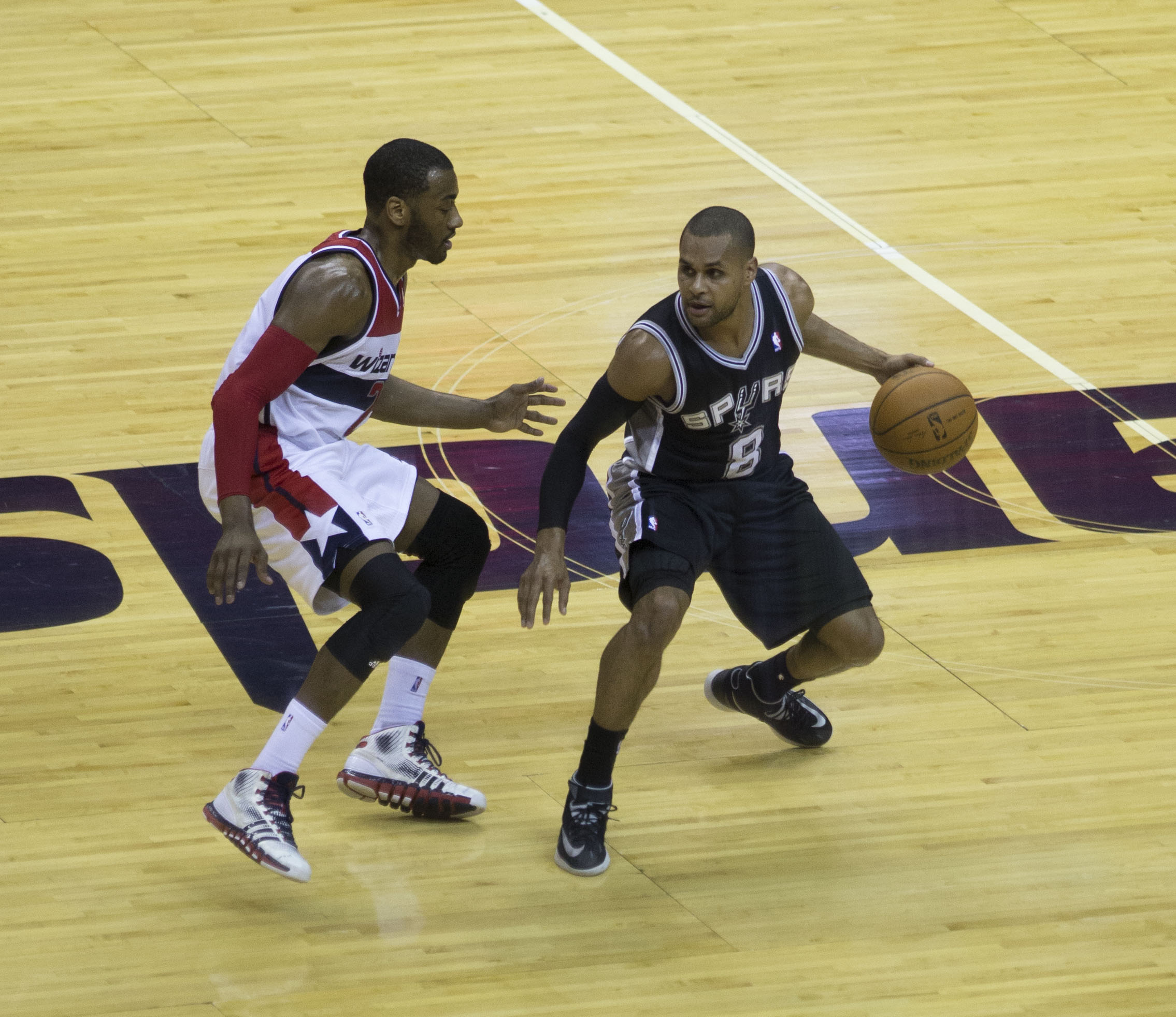 After a brutal stretch that saw them go 2-5 that included six road games, the Oklahoma City returned home to win three straight to even their record at 7-7, but now start another tough stretch in San Antonio Friday against the Spurs. The next four games for the Thunder, including Friday, will have them play teams that are a combined 18 games over .500 (@New Orleans, vs. Golden State and Detroit). The current three-game winning streak consists of wins over losing clubs, including a 92-79 win over Chicago on Wednesday. The Spurs won five of six before falling 98-86 at Minnesota, as leading scorer LaMarcus Aldridge was held to 15 points on 5-of-14 shooting in the team’s worst offensive effort of the season. San Antonio, who sits two games back of Houston in the Southwest Division, took two of three from Oklahoma City last season and have won four-straight at home in the series. The Thunder entered Thursday ranked second in the NBA in scoring defense (97.1 points), while the Spurs were tied for third (98.9).

Carmelo Anthony (back) returned from a one-game injury absence to record his first double-double with Oklahoma City, but he struggled from the floor along with fellow stars Paul George and Russell Westbrook. The trio shot 13-for-38 against the Bulls, but the defense stepped-up and held Chicago to seven first-quarter points and a 34.7% mark from the field for the game. Center Steven Adams (calf) has missed the last three victories and is questionable for Friday. Oklahoma City is 21st or worse in several offense categories – Points (103.1), Field Goal Percentage (44.5), 3-point percentage (35.1), and free-throw percentage (74.2).

Aldridge’s poor effort on Wednesday could be attributed to the foul trouble that limited him to 28 minutes, his second-lowest total of the season, and the team is still looking for another scoring option while waiting for Kawhi Leonard and Tony Parker to make their season debuts. Manu Ginobili shot 1-of-6 as he and six other reserves combined for just 26 points. The Spurs will get two days off before hosting the Atlanta Hawks on Monday, then travel to New Orleans.

The Spurs are going to find it tough to get any kind of momentum going while Leonard and Parker are still hurt. The options just aren’t there. The Thunder have plenty of offensive weapons and their defense is improving. I’ll take the small road dog here.