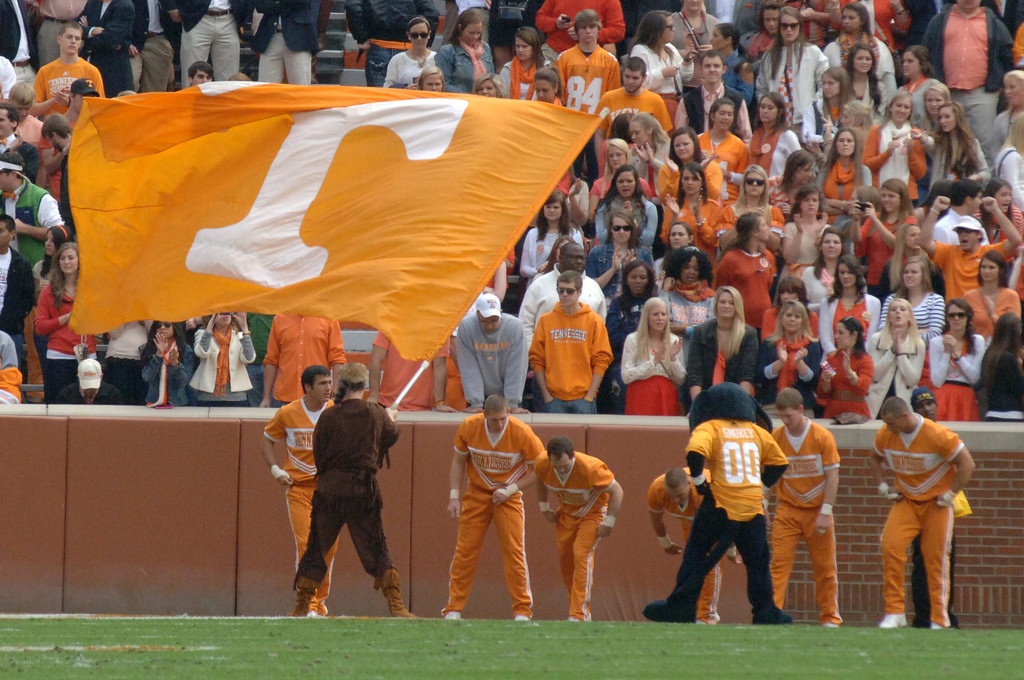 The brand new Mercedes-Benz Stadium in Atlanta already saw an SEC team top an ACC squad on Saturday as Alabama handled Florida State, and will now host the Tennessee Volunteers and Georgia Tech Yellow Jackets on Labor Day evening. Both teams are coming off 9-4 seasons, but have to replace long-time starting quarterbacks. The coaches for both programs seem to have an idea who they are starting, but neither is saying publicly. The Volunteers have junior Quinten Dormady, a backup the last two years, and redshirt freshman Jarrett Guarantano battling to replace Joshua Dobbs. The Yellow Jackets most likely will go with junior Matthew Jordan, who played at times while former starter Justin Thomas was injured last season, but could go with junior TaQuon Marshall or a pair of redshirt freshmen. “We may play all four in the first game,” Johnson told reporters. “Who knows?” Both schools were original members of the SEC, but have not played since 1987. Tennessee is 14-3-1 against the Yellow Jackets since 1967 and are 3-0 when starting a season at a neutral site.

The Volunteers have won nine games and finished in the top 25 in back-to-back seasons for the first time since 2006 and 2007 and beat Nebraska in last year’s Music City Bowl 38-24. They look to replace most of their offensive firepower from last season, as Dobbs was their leading rusher as well. Tennessee returns running back John Kelly (630 yards rushing in 2016) and second-leading receiver Jauan Jennings (seven TDs). Dormady played in four games last season, completing 11-of-17 passes for 148 yards. Defensively, Tennessee brings back seven starters including its top four linebackers from a season ago and an experienced secondary. Tennessee gets a break next week with Indiana State coming to town, but then play at Florida to open SEC play.

The Yellow Jackets will deploy the triple-option offense once again, but lost leading rusher Dedrick Mills after he was dismissed from the program in August for violating team rules. It’s a big blow to an offense that averaged over 250 yards a game on the ground in 2016. Mills ran for 781 yards and 10 scores. QB Jordan directed an upset at Virginia Tech last season and rushed for six touchdowns in nine games, but attempted just nine passes on the season. He will have experienced running backs in Clinton Lynch (905 all-purpose yards) and J.J Green behind him. Georgia Tech brings back five defensive backs who combined for eight interceptions a season ago and eight starters on that side of the ball overall. The ‘Jackets won both neutral site games last season including a win over Kentucky in the TaxSlayer Bowl 33-18.

This game is only 2 miles from the Georgia Tech campus, but it will feel like a road game for them. I don’t see a whole lot of offense in this one. The Vols will have a tough time passing the ball against this terrific Yellow Jackets secondary. The loss of Mills will hurt the Tech rushing attack and we know they can’t throw. I’ll take a shot at the under in this one.