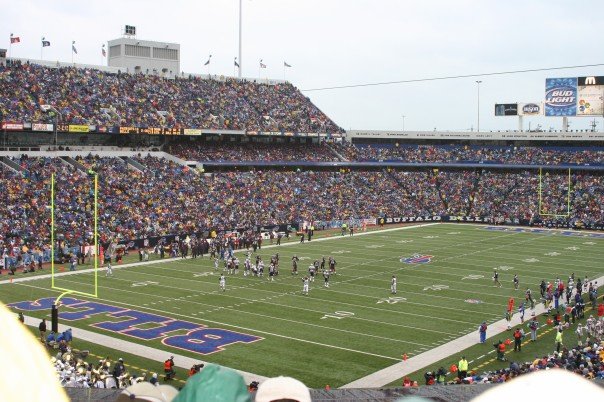 One of the best games in the Week 14 schedule takes place in prime time, as the Pittsburgh Steelers visit the Buffalo Bills in a possible playoff preview for next month. Bills Stadium in Orchard Park, New York will be the backdrop as the Steelers try and rebound from their first loss of the season, while the Bills look to keep the momentum going. Both teams are close to clinching a playoff spot. The Steelers only need a victory, while the Bills need to win and have a few other games in the league go their way. Pittsburgh can also clinch the AFC North title with a win and a Cleveland loss to Baltimore on Monday. The Steelers’ were defeated last Monday afternoon by the Washington Football Team 23-17 despite a dominating defensive first half. The Pittsburgh offense has been pass-heavy recently and compiled just 21 yards rushing against Washington. Granted, the Steelers have been missing No. 1 running back James Conner the last two games, while center Murkice Pouncey is scheduled to come off the Covid-19 list in time for the game Sunday. The Bills have won two straight, including Monday night’s 34-24 win over San Francisco and their only loss since Oct. 19 was to Arizona on a Hail Mary as time expired.

Pittsburgh opened as a 2.5-point favorite, but after Monday’s results for both teams, the public thinks Buffalo is the pick here, thus the line is now flipped. The teams met last year and the Bills pulled out a 17-10 road victory. Buffalo is riding a 4-1 ATS run over its last five games overall, but the Steelers are 10-2 ATS in its last 12 visits to Orchard Park. Pittsburgh is 4-1 to the Under in its last five games, while Buffalo is 4-1 to the Over.

Look for the Steelers to get the ground game going this week against a Bills team that ranks in the bottom-quarter league-wide in rushing yards allowed per game (126.0), surrendering 4.7 yards per carry with 16 rushing touchdowns against. The Steelers have plenty of motivation to start playing better, as they are in the midst of a battle with the Kansas City Chiefs, Bills, and Browns for the top seed in the AFC. Right now, the Steelers own the tiebreaker over the Chiefs because Pittsburgh is still undefeated in conference play. Ben Roethlisberger passed for 305 yards and two touchdowns with an interception on 33-of-53 completions against Washington and the Bills allowed backup quarterback Nick Mullens to throw over 300 passing yards last week. Pittsburgh’s defense ranks first in points allowed (17.6 per game), second against the pass (199.8 yards per game) and third overall (300.5 ypg). Cornerback Joe Haden (concussion protocol), linebacker Robert Spillane (knee) and kicker Chris Boswell (hip) didn’t practice Wednesday.

Quarterback Josh Allen continues to defy critics and is getting better each week. Last Monday against San Francisco, the Wyoming product threw four touchdown passes in the 10-point win. Allen has already blown past his previous career highs in passing yards (3,403) and TDs (26), and while he’s down to 3.7 yards per carry, he still has six rushing scores. He also completed 32-of-40 for 375 yards versus the 49ers and should get some MVP votes at years-end. The Bills are averaging 27.8 points and 378.8 total yards per game – both top 10 in the NFL. The defense is ranked seventh overall with 1.6 takeaways per contest, but are near the bottom-half in most other categories, including total defense (375.5). Buffalo held a walk-through Wednesday, with defensive tackle Quinton Jefferson (hip) and safety Jaquan Johnson (ankle) the only two who did not participate. The Bills will be at Denver next week.

I really like this Buffalo team and this was one of my hardest picks of the week. I have to side with the Steelers here in hopes they will bounce back strong. Remember, only one team per conference gets a bye in the postseason this year and the Steelers really need to win out.