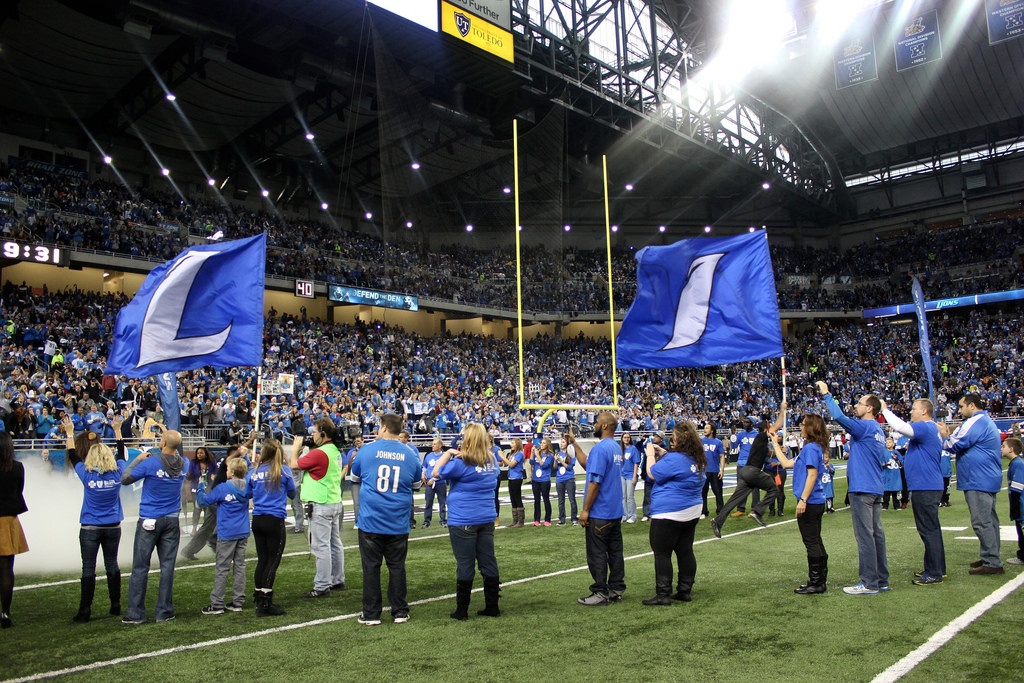 Green Bay can clinch another NFC North title with a win over Detroit on Sunday and a Minnesota loss or tie to Tampa Bay. The Packers would also sweep the season series against the Lions for the second straight year.

Detroit is coming off a win over Chicago, it’s first win with Darrell Bevell as the interim head coach. The euphoria of that rare Lions win is going to wear off …. quickly.

The Detroit defense has struggled this season, especially against good offenses. They gave up 35 points to New Orleans earlier this season and then there was the first meeting with Green Bay. The Packers, the top scoring team in the NFL, lit up the Lions for 42 points.

Quarterback Aaron Rodgers has been lights out with 3,395 passing yards and a league-best 36 touchdown passes. The Packers average 31.6 points per game and have posted 30 or more in their last three straight games.

We crushed our last pick, hitting both the spread and total on our Indiana Hoosier at Ohio State Buckeyes betting pick. Go take a look.

Don’t expect the Lions to stop them. Detroit ranks 28th in total defense allowing opponents 395.6 yards per game. If it wasn’t for Dallas, the Lions would be the worst in the NFL in scoring defense too. Detroit gives up 29.8 points a game. The Lions are lucky to be 5-7.

The big difference maker in this game is, of course, Rodgers. Bettors backing Rodgers have a history of success. For his career, Rodgers is 117-82-5 against the spread and he’s been even better against his divisional opponents.

Against teams in the NFC North, Rodgers is 45-26 ATS. It’s easy to see why backing Rodgers, especially against the Lions, makes sense.

There is also the plight of the Lions in the Matt Patricia era, which luckily for Detroit fans is over. Still, a lot won’t change between now and the end of the season meaning that this is still, in effect, a Patricia-coached team.

Why that matters is this. During Patricia’s tenure as the Lions head coach, Detroit went 13-29-1. Division opponents in the NFC North went 9-6-1 ATS against Patricia. Look for that success to continue when Green Bay visits Ford Field on Sunday.

The Pick Is In

Bettors and anyone looking for NFL picks can also take note of Green Bay’s recent record when playing inside the NFC North Division. In the last ten games against NFC North foes, the Packers are 9-1. They are also 5-2 ATS in their last seven division games and 8-4 ATS this season.

Both teams are clearly capable of putting up points, but the play is not on the Over here. With Green Bay headed toward another division title and the possibility of overtaking New Orleans for the No. 1 seed in the NFC, the Packers are going to go to Detroit and make a statement.

Look for Rodgers and Green Bay to flourish against a Lions team in transition.