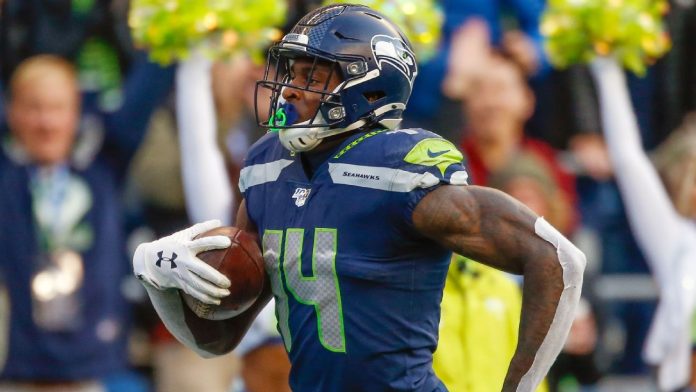 Week 12 of the NFL schedule concludes with a Monday night matchup between two teams that desperately need a win to keep their playoff hopes alive. Both the Seattle Seahawks and Washington Football Team won their divisions a year ago, but this year has been a rough ride, especially for Seattle. The Seahawks have never finished with a losing record since drafting Russell Wilson in 2012, but they are heading in that direction. The offseason will be interesting in Seattle with Wilson maybe forcing his way out or the team could finally move on from Pete Carroll. The Seahawks have lost two consecutive games and five of six overall, leaving them ahead of only winless Detroit in the NFC standings. Seattle lost 23-13 at home to an Arizona team playing without quarterback Kyler Murray and star receiver DeAndre Hopkins. Last year, Seattle was 8-3 in one-score games, but are just 1-3 this season.

Washington has won two in a row to keep their postseason hopes alive, beating defending Super Bowl champion Tampa Bay 29-19 at home and then posting a 27-21 victory at Carolina last week. The WFT won the NFC East last season with a 7-9 record and with Dallas starting to struggle, Washington could find their way to the top once again. More realistically however, is a shot at the wild card. Football Team currently sits just one game back of San Francisco in the crowded conference standings. Including playoffs, Washington is 12-9 all-time vs. Seattle with the past six meetings all being decided by 10 or fewer points. They played last year in Maryland and the Seahawks won 20-15 behind two touchdown passes from Wilson. The road team is 4-1-1 against the spread in the past six meetings.

Seattle is 0-2 since Wilson returned from a finger injury and the offense has not looked right with a rusty quarterback. Wilson has totaled 368 yards passing in his two games since the return with zero TDs and two picks. He was 0-for-6 on third and fourth downs Sunday and had previously never finished worse than 0-for-4 in those situations. It’s the first time since 2011 and only the second time in Carroll’s tenure that Seattle has been four games under .500. Starting running back Chris Carson needs neck surgery and is out for the year, as is starting cornerback Tre Brown, who sustained a knee injury last weekend. Wide receiver DK Metcalf (foot), running back Rashaad Penny (hamstring) and offensive linemen Damien Lewis (elbow) and Jamarco Jones (back) missed some practice time this past week. The Seahawks have won 11 of their past 14 Monday night appearances.

Washington has been controlling the clock in their last two victories, averaging 37 minutes, 30 seconds in time of possession. In the win over Carolina last week, Taylor Heinicke threw three TD passes and didn’t turn the ball over despite being without his No. 2 wideout (Curtis Samuel) and both top tight ends. Heinicke had the highest passer rating (141.9) of his career against the Panthers, completing 16-of-22 passes for 206 yards. Terry McLaurin caught five passes for 103 yards and a touchdown, and Antonio Gibson rushed for 95 yards on 19 carries. Washington gained 190 yards combined on the ground which help control the clock. The defense has held the past two opponents to a combined 31.6 percent success rate on third down. Washington offensive linemen Sam Cosmi (hip) and Tyler Larsen (knee) have missed practice this week, as has tight end Ricky Seals-Jones (hip).

Russell Wilson and the Seahawks love Monday Night Football. They have an NFL-best .718 winning percentage in 39 games, while Washington is one of the worst. They are 5-21 SU since 1998 – the worst in the NFL. Eight of those losses came by at least 17 points and 12 of them by double digits. I’m calling for a Wilson bounce back game after a couple of sub-par performances. He’s still one of the best.