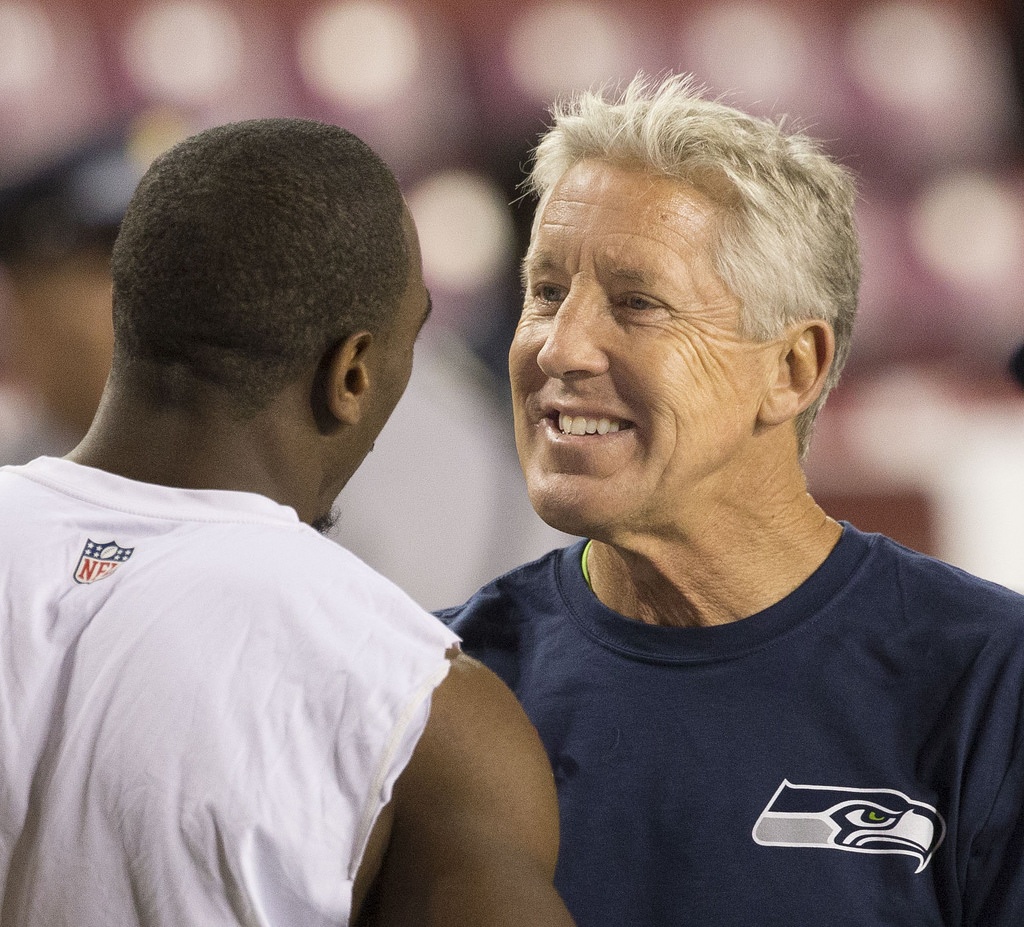 In any normal NFL season, the Philadelphia Eagles would be far out of the playoff picture and looking to maybe make a change at quarterback. Well, this is not a normal year, and the 3-6-1 Eagles look to get back into first place in the NFC East with a win Monday night over the slumping Seattle Seahawks. Philadelphia is a half-game behind the Washington Football Team entering Monday’s action and the Eagles are coming off back-to-back road losses after two straight wins at home. The Seahawks (7-3) own the same record as the Rams in the NFC West, but Los Angeles is on top of the league’s best division thanks to a head-to-head win. Seattle snapped a two-game losing streak with a 28-21 victory against visiting Arizona on Nov. 19 and are just 2-3 in their last five games after beginning the season 5-0. Carlos Hyde returned after missing three games with a hamstring injury to rush for a season-high 79 yards and a touchdown. The Seahawks expect starting running back Chris Carson back Monday after he was sidelined for the past month.

This will be the Seahawks’ third trip to Philadelphia in the past 53 weeks and the last two were identical 17-9 victories for Seattle. One of those was in the wild card playoffs back in January, a game that Eagles quarterback Carson Wentz couldn’t finish. Seattle has won and covered the spread in eight of their last 10 meetings in which the Eagles have averaged 14 points and 2.7 turnovers per game. Philadelphia has failed to cover in eight of their last 11 games overall, and the under has hit in 10 of their last 12 home games. This game opened at Seattle -3, but has since moved up to 6.5 at some places.

Seattle’s much maligned defense is starting to play a little better and held Arizona to 257 passing yards and 314 total yards in last week’s win. It was a big improvement for a unit that ranks dead last in both categories. Veteran defensive end Carlos Dunlap had two of the Seahawks’ three sacks against the Cardinals, who were also limited to just 57 rushing yards on 18 carries. Dunlap could wreak havoc against the Eagles’ offensive line that has allowed 40 sacks this season – worst in the NFL. On offense, Russell Wilson leads the NFL with 30 touchdown passes and will be looking for D.K. Metcalf Monday, who torched the Eagles for 160 yards and a score in the playoffs last season. The Seahawks are the second-highest scoring team in the NFL, averaging 31.8 points per game. They are also fourth overall with 400.0 total yards per game. Cornerback Shaquill Griffin (hamstring) and center Ethan Pocic (concussion) have also returned to practice this week after missing multiple games with injuries. Seattle will host the Giants and Jets in each of the next two weeks.

Head coach Doug Pederson is sticking with Wentz under center despite Eagles’ fans criticism for his poor play. Backup Jalen Hurts has seen a lot of first team reps this week in practice, so we could see a change if Wentz continues to struggle. Wentz was a disaster last week in Philly’s 22-17 road loss to the Cleveland Browns. He threw two interceptions and was sacked five times for a loss of 26 yards, negating his 235 passing yards on 21-of-35 completions. Tight end Zach Ertz could be back after a long injury absence to help out Wentz. He last saw action in Week 6 against the Baltimore Ravens. Wentz has an NFL-leading 18 turnovers (14 interceptions, four fumbles) and has been sacked a league-leading 40 times. His passer rating of 73.3 is third-worst among starting QBs, ahead of only Denver’s Drew Lock (67.5) and the New York Jets’ Sam Darnold (65.9). On the other side of the field, the Eagles have a great pass rush that has recorded 34 defensive sacks, third overall in the league. The Eagles brutal schedule continues next week with a trip to Green Bay.

I hate to side with the public on this one, but this Eagles team is a mess right now. Seattle’s defense has been improving each week and should be able to get to Wentz, who doesn’t seem to have any pocket-presence anymore. I’m looking for a big game out of Wilson also. Seattle rolls.