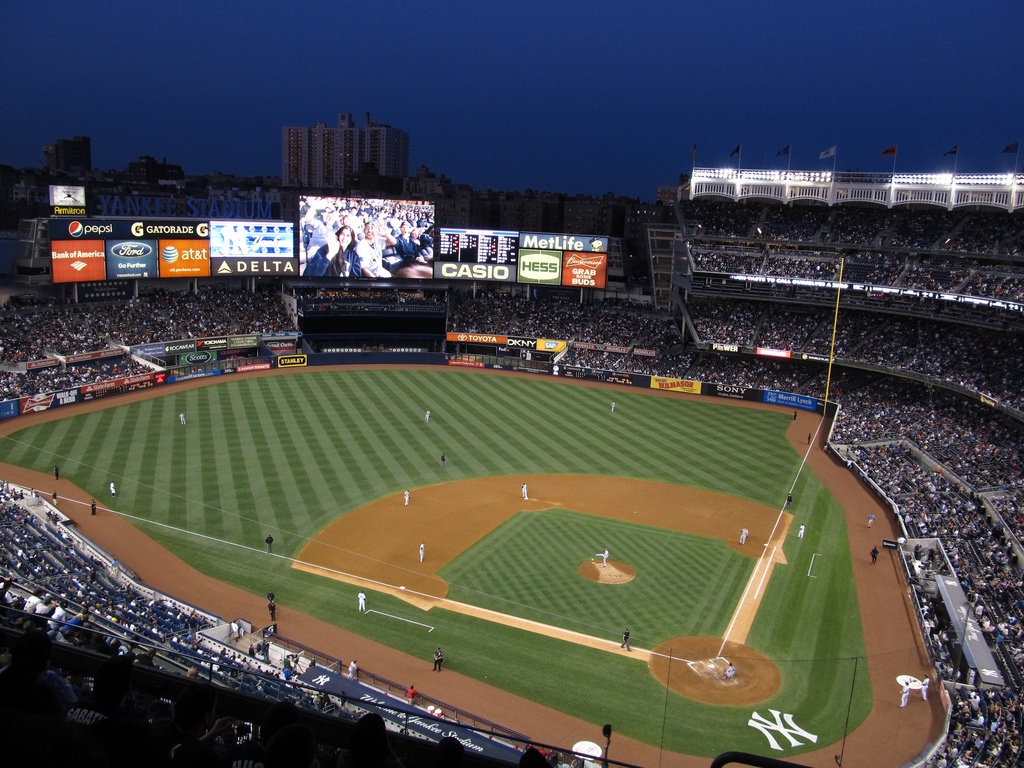 It’s only the first series of the season, but the New York Yankees can make a major statement against their arch rivals on Sunday Night Baseball. The Yankees will go for the three-game sweep on opening weekend when they host the Boston Red Sox on ESPN, beginning at 7:08 PM ET from Yankee Stadium. New York took the series opener 6-5 in extra innings and got a tiebreaking, two-run homer in the sixth inning on Saturday from Giancarlo Stanton to give the Yankees a 4-2 win. Stanton became the first player to homer against Boston in six straight games. Anthony Rizzo homered for the second straight day to help New York comeback from an early deficit. Stanton and Rizzo became the first players in Yankees history to homer together in both of a season’s first two games. Boston took a 2-0 lead on a two-run shot by Alex Verdugo off Luis Severino, who returned late last season from Tommy John surgery. Boston went 0-for-10 with runners in scoring position and dropped to 0-2 for the second straight season. Red Sox SS Xander Bogaerts went 0-for-3 with three strikeouts and a walk after leaving Friday’s game with a tight right hamstring.

Houck bounced back from the bullpen to the rotation last season and fared well with a 3.52 ERA over 69 innings with 87 strikeouts. He has started three times against the Yankees, allowing just two earned runs over 14.2 innings with five walks and 14 strikeouts.

Montgomery made a career-high 30 starts and threw 157.1 innings in 2021, going 6-7 with a 3.83 ERA. The lefty struck out 162 hitters and allowed 19 home runs. Montgomery made five starts against Boston last season, allowing three runs or less in all five.

The Yankees go for the kill tonight and have the advantage on the mound and in the lineup. Montgomery has been pretty good against the Red Sox in his career and should limit Boston’s lineup on Sunday.