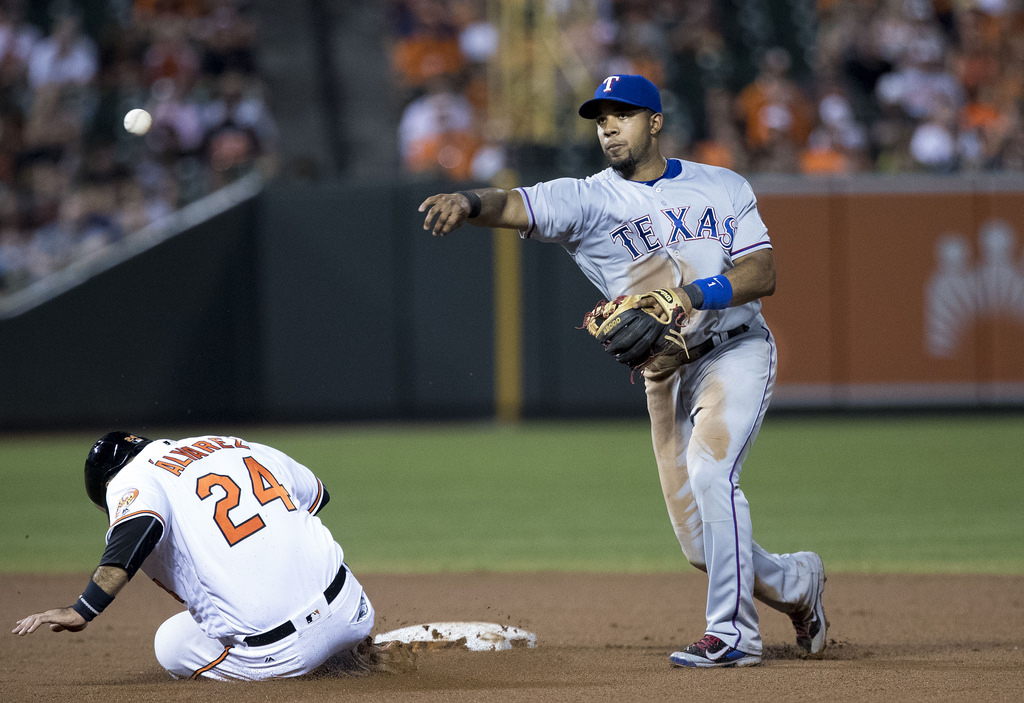 The Boston Red Sox look to extend their perfect road trip to 4-0 when they open a three-game set with the Texas Rangers on Monday night at Globe Life Park. The Sox scored 29 runs in a three-game sweep of the Toronto Blue Jays over the weekend as Mookie Betts drove in eight runs in yesterday’s 15-1 thrashing. Betts finished second in the MVP voting last season but got off to a bit of a sluggish start this season before turning it on of late and became the first leadoff hitter in franchise history to produce eight RBIs in a game. Betts is 4-for-9 with a pair of RBIs in his career against Rangers left-hander Martin Perez, who gets the start on Monday. The victory extended Boston’s lead over the New York Yankees to three games in the American League East standings as they pass the midway point of the season. Texas will look to rebound from a 4-6 road trip that saw them drop four of the last five including yesterday’s 6-5 loss at the Chicago White Sox. The Rangers are 15 games behind the Houston Astros in the West, but they can start focusing on the Wild Card, where they are just two back of Tampa Bay for the second slot. Texas SS Elvis Andrus has multiple hits in six of the last 10 games to lift his batting average to .302. Texas will finish-up the first half of the season with six in a row at home with the LA Angels coming in after Boston.

Rick Porcello is still looking to regain his Cy Young form as he’s suffered through a tough season thus far. He allowed four runs and six hits in six innings to suffer a loss against Minnesota on Wednesday – the sixth time in the last nine starts that he surrendered at least four earned runs. He is allowing opponents to hit a scorching .312 against him while surrendering the most hits (138) in the majors. Porcello allowed 11 hits and five runs – four earned – in 6.2 innings against Texas on May 23rd but received enough support to come away with a win.

Perez will come of the 10-day disabled from a fractured tip of his right thumb to make his first start since June 22nd. Perez, like Porcello, is allowing opposing batters to hit for a high average (.315), though he received enough support to come away with the win in his last two outings. Perez pitched well at Boston on May 24th, but received a no-decision, allowing three runs and six hits in 6.1 innings of work.

Fantasy Impact: Adrian Beltre is 10-for-24 against Porcello, while Andrus is 4-for-26. Xander Bogaerts and Dustin Pedroia are a combined 5-for-29 against Perez.

I like there to be a lot of runs in this one, but the total is set at 11 and that’s a little high for me to take. The Red Sox are on a roll right now and will get the better of Perez in this one.