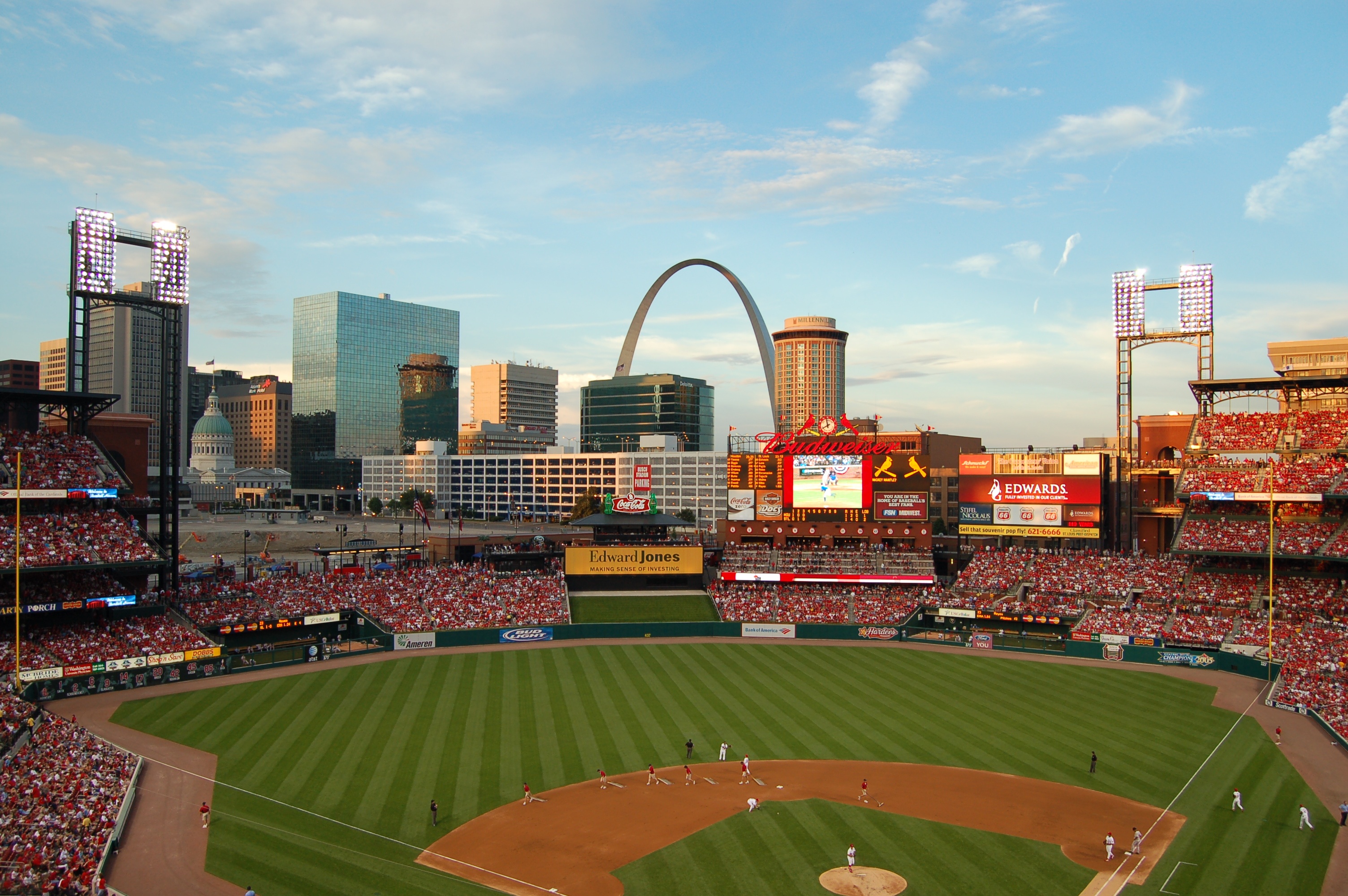 The surging St. Louis Cardinals go for their fifth straight victory and a three-game sweep of the league’s best road team when they host the Washington Nationals on ESPN’s Sunday Night Baseball. St. Louis allowed 139 runs in June – its highest mark since May 2012 – while Washington finished the month with an NL-best 161 runs and entered the weekend with a 25-15 record away from their home park. Mike Leake silenced Washington’s bats in the 8-1 victory on Friday night with eight innings of one-run ball and Michael Wacha followed that up with a season-high nine strikeouts over six innings en route to a 2-1 win on Saturday. The Nationals’ 3-5 hitters (Bryce Harper, Ryan Zimmerman and Daniel Murphy, who all are batting over .300 with at least 14 homers and 55 RBIs) are a combined 5-for-20 with no RBIs through he first two games in this series. Washington has scored exactly one run in each of its last three meetings with the Cardinals – all losses – after totaling 22 en route to winning the first two games of the season series. Both offenses will have their work cut out for them once again on Sunday as two of the NL’s top four ERA leaders square off when Max Scherzer (first) opposes Carlos Martinez (fourth). St. Louis C Yadier Molina went 1-for-2 on Saturday to extend his hitting streak to a career high-tying 16 games.

Scherzer earned his ninth win of the season on Tuesday against the Chicago Cubs, allowing one run and just two hits while striking out six over six innings of work. It was the first time in seven starts he failed to record at least 10 strikeouts. Scherzer leads the majors in strike outs with 151 and WHIP (0.78) and has allowed just six earned runs and 22 hits over his last seven starts spanning 54 innings. Scherzer struck out 10 in six innings during a loss to St. Louis on April 12th, falling to 1-4 with a 3.14 ERA in seven career starts versus the Cardinals.

Martinez received a no-decision on Tuesday in Arizona despite recording his fourth consecutive quality start, yielding two runs on four hits and three walks while striking out 10 in six innings. Martinez has pitched at least six innings in 12 consecutive outings and registered at least 10 strikeouts four times this season. Martinez’s only start in five appearances versus Washington was a head-to-head battle against Scherzer in May 2016 and resulted in a loss after he allowed four runs despite striking out eight in 6.2 innings.

We called the under last night and we’re going to go right back to that again. The Nats are struggling right now on offense and I don’t see St. Louis getting much of anything against Scherzer.