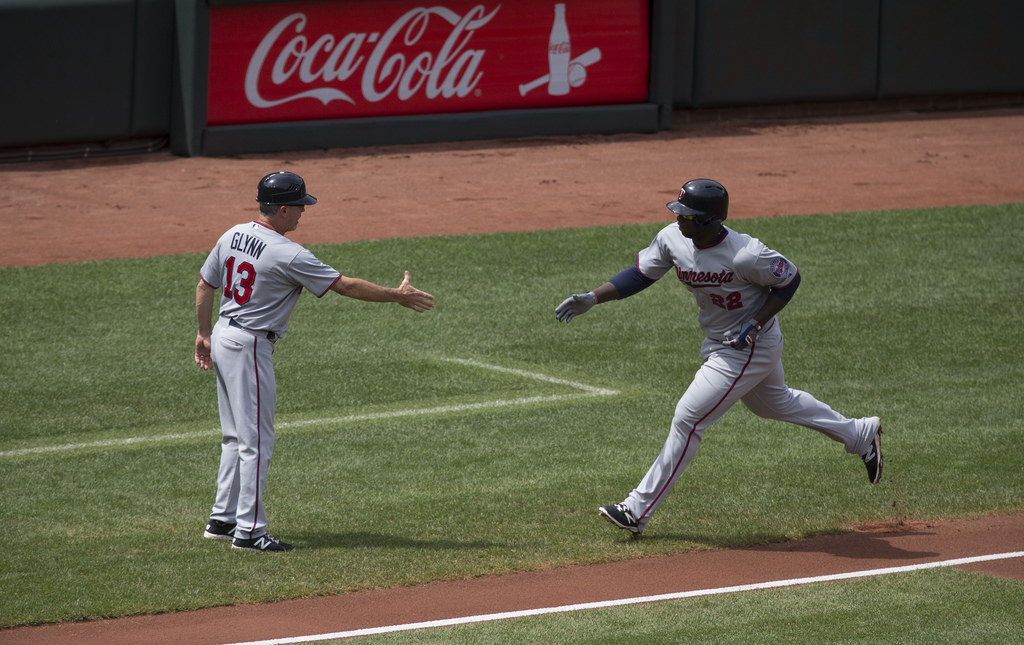 The Minnesota Twins return home to begin a seven-game homestand that will take them to the All-Star Break when they host the Los Angeles Angels in the opener of a three-game set on Monday night. Minnesota reclaimed first place in the American League Central for a day following a three-game sweep at Cleveland in late June, improving to 23-9 on the road, but went 2-6 over the remainder of their 11-game trip and are now three games back of the Indians. Minnesota owns a 16-25 record at Target Field – good for a league-worst .390 home winning percentage. The Angels are coming off a 5-3 home loss in Sunday’s rubber match against Seattle and have dropped three of four overall. Angels DH Albert Pujols is having a rough time of it, going 3-for-26 over his last seven games and has not homered since June 17th. Yunel Escobar on the other hand has been on a tear, batting .381 while hitting safely in 10 of 12 games for the Halos. The Angels are just one game back of the second Wild Card spot in the American League. Minnesota has won seven of the last 10 meetings between the teams, including three of four at Angel Stadium to begin the month of June. The Over is 21-7-1 in the last 29 meetings between these two clubs in Minnesota.

Alex Meyer allowed just one hit in six scoreless inning last time out against the Los Angeles Dodgers, but issued a career high-tying five walks, which cut his outing short. It was the third time in his last five outings that he did not give up an earned run, wrapping up June in which he went 1-2 despite a 2.25 ERA in six starts. Meyer settled for another no-decision on June 1st against Minnesota, allowing one run in six innings.

Adalberto Mejia is coming off solid back-to-back outings in which he didn’t allow a run in either. He earned the victory on Wednesday over the Boston Red Sox, giving up five hits and a walk over 5.2 innings. Mejia, who blanked Cleveland across five innings five days earlier, has allowed a total of two runs over his last three starts after surrendering nine (eight earned) on June 12th against Seattle. Mejia did not factor in the decision in his head-to-head battle with tonight’s starter Meyer on June 1st despite giving up one run in six innings.

These teams have a history of going over the total while playing in Minnesota, but both offenses have struggled this season. The Twins are 20th in runs scored while the Angels are 25th and still don’t have Mike Trout. Both of these pitchers have been solid lately. I’ll take the under here tonight. Don’t forget, we have a few more picks on our MLB page.