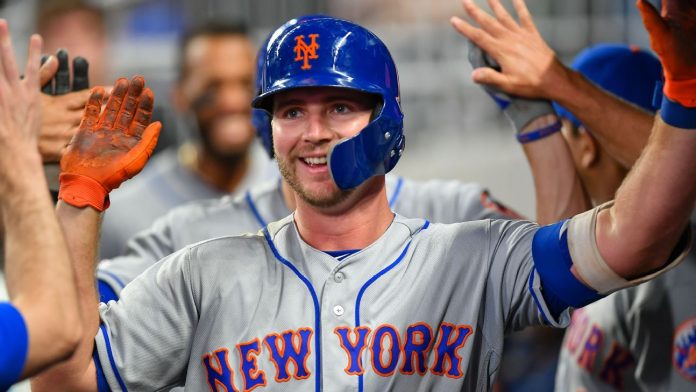 Two first place teams will battle in the opener of a two-game interleague set as the Boston Red Sox visit the New York Mets on Tuesday night at Citi Field. Both teams are coming off a day of rest after winning on Sunday afternoon. The Mets got a terrific performance from starter Taijuan Walker in a 4-0 over the Washington Nationals to keep their slim lead in the National League East. Boston fought off a game Seattle team for a 5-3 win behind Eduardo Rodriguez and own a 2.5 game lead in the AL East prior to Monday’s action. The Red Sox, who fell to the Mariners 8-2 Saturday, completed a 5-5 homestand with Sunday’s win. Boston had four multi-run wins and four losses by two runs or more during the homestand., which began with series against a pair of 2020 playoff teams, the Chicago White Sox and Toronto Blue Jays, before the arrival of the Mariners, one of baseball’s early surprises. The Mets have dropped four of six, but did win the weekend series against Washington thanks to two shutouts from their pitching staff. New York owns the sixth-best ERA in the majors (3.24), but are 29th in runs scored (3.11). The teams split the four meetings in 2020 with the home team winning each one. Three of the four games went under the total.

The Red Sox are just 1-3 in Garrett Richards’ four starts thus far and he took the loss on Wednesday against the Blue Jays. Richards allowed four runs over 4.2 innings in the 6-3 defeat. This will be his first career start against the Mets.

Peterson also looked bad in his most recent outing, giving up six runs (three earned) over 3.1 innings in a 16-4 loss to the Chicago Cubs on Wednesday. Peterson’s only appearance against the Red Sox turned out to be his big league debut last July. He earned the win by allowing two runs over 5.2 innings as the Mets won 8-3 at Fenway Park.

I’m taking the Red Sox in this one because I trust Richards more than Peterson right now. The Sox are better against lefties this year (.278) and are hitting .326 off them in the last 10 games. Boston also has the best road record in the majors at 6-1 and should be able to do some damage against Peterson.