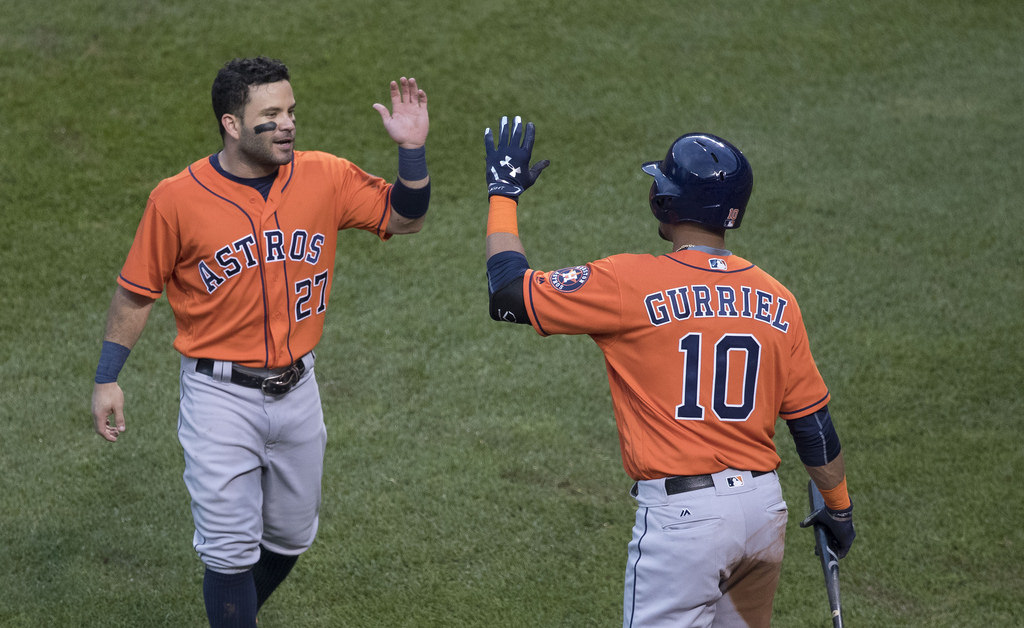 A pair of teams looking to break out of slumps will start a four-game series on Monday night as the Houston Astros host the Tampa Bay Rays at Minute Maid Park. The AL-leading Astros (68-36) has seen their pitching staff get rocked in losing three of their past four games including a 13-1 setback to the Detroit Tigers on Sunday. The staff has allowed 32 runs in the past four games which could prompt them to grabbing another starting pitcher before Monday’s trade deadline. Lance McCullers Jr. gave up five runs on Sunday and the bullpen was lit up for eight more over three innings as Houston was shut out until Alex Bregman bashed a solo homer in the ninth. Charlie Morton will look to right the ship for a Houston team that leads the AL West by a whopping 16 games. Jose Altuve has hit safely in 20 of his last 21 games for the Astros, batting .500 during that stretch. The Houston offense will take their hacks against one of the hottest pitchers around in Alex Cobb. The Rays salvaged the finale of their four-game road series against the New York Yankees with a 5-3 victory on Sunday and the newly acquired Lucas Duda has fit in nicely. Duda has a hit in each of his first three games with his new team, going 3-for-7 with two home runs. The Rays have won just three of their last 11 games and trail the first-place Yankees by 3.5 games in the AL East while sitting 2.5 behind Kansas City for the second wild card spot. Tampa Bay 1B Logan Morrison (heel) did not start the team’s last three games but could be back in the lineup Monday.

Cobb has logged 30.1 innings over his last four starts, going 3-0 and allowing a total of just five runs and 17 hits. He does have issues with the longball, allowing six of them over his last five outings and 16 in 21 overall starts this season. In 138 innings, Cobb has issued just 34 walks. Brian McCann is 8-for-15 with a pair of homers versus Cobb, who lost to the Astros after allowing four runs over six innings on April 21st. Overall, Cobb is 1-1 with a 3.65 ERA in two career outings against Houston.

Morton has found his home with the Astros as the 33-year-old veteran is having his finest season to date. He shut down the Philadelphia Phillies last time out, allowing just three hits and one walk over seven scoreless innings. Morton has completed six innings in just half of his 14 starts but has recorded 92 strikeouts over 82.1 innings, including 24 in his last three outings. Corey Dickerson is 5-for-12 with a homer against Morton, who gave up five runs over five innings in a loss at Tampa Bay back on April 22nd.

Both pitchers are worthy of a play here, but one of these struggling offenses is going to break-out in this one. Houston has scored just 10 runs in the last four games, but they are still No. 1 in the majors in batting average, runs, OPS, and home runs. I think they get the better of Cobb tonight.