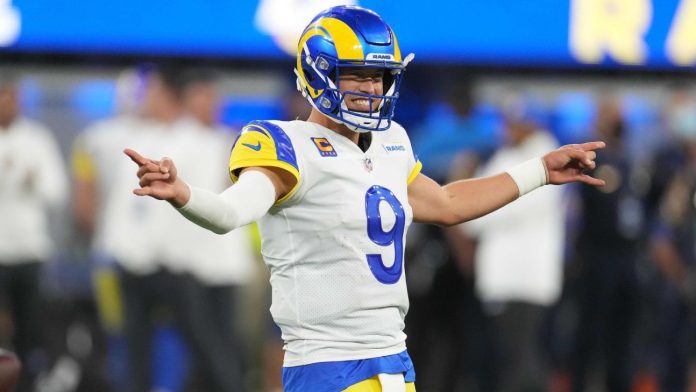 We have finally reached the last game of the NFL season. The conference championship games are over and the Super Bowl LVI matchup is set with the Cincinnati Bengals taking on the Los Angeles Rams this coming Sunday from SoFi Stadium in Inglewood, Cali. Despite the game being held in the Los Angeles area, Cincinnati will be considered the home team. After winning just six games over the last two years, the Bengals have shocked everyone and are in the big game after a thrilling 27-24 overtime win in Kansas City to claim the AFC Championship. The Bengals come into this game with a 7-3 record outside of Cincinnati this year. They’ve covered in eight of 10 total road games and are 7-0 ATS over their last seven games. The Bengals are the fifth team this century to be a last-place team one season and in the Super Bowl the next. The Bengals are appearing in the Super Bowl for the third time and first time they won’t be playing San Francisco. Cincinnati previously lost twice to the 49ers following the 1981 and 1988 seasons.

The Rams are making their second Super Bowl appearance in four seasons. Their lone big game victory came after the 1999 season when the Rams were in St. Louis. In the 2019 Super Bowl, the Rams could only muster a field goad in a 13-3 loss to the New England Patriots. There’s not a lot of recent history between these teams. The Rams won 24-10 in a 2019 meeting in a game neither Matt Stafford or Joe Burrow were involved in. Despite being considered a neutral site game, L.A. obviously has an advantage of not having to travel. L.A. is 7-3 at home compared to 8-2 on the road. L.A. is an even 5-5 against the spread at home and on the road. The Rams have won eight of their last nine games overall going back to the regular season and are 6-1 ATS in that stretch against teams not named San Francisco. Cincinnati comes into this contest as 4.5-point underdogs with a total creeping down to 48.5.

Rams’ head coach Sean McVay has guided his team to a second Super Bowl in four years, but this time, he’ll have a much better quarterback. Matt Stafford was 0-3 in his 12-year postseason career with the Detroit Lions, but won all three games so far this playoffs. Stafford led three scoring drives in the final quarter in the NFC title game and finished 31-for-45 passing, with 337 yards, two touchdowns and an interception. Stafford has thrown multiple touchdown passes in all three playoff games this year and completed 72 percent of his passes for 905 yards. Cooper Kupp, regular season receiving leader in yards, TDs and catches, went off for 145 receiving yards and caught both TDs against the 49ers. Odell Beckham, Jr. contributed 113 receiving yards. Defensively, Aaron Donald recorded 12.5 sacks, 19 tackles for loss and 25 quarterback hits in the regular season. He has 1.5 sacks, two tackles for loss and six QB hits in the postseason. Former Super Bowl MVP Von Miller is also still playing at an elite level and brings experience to the table.

Burrow helped the Bengals erase an 18-point deficit that matched the largest comeback in AFC Championship history. Burrow was 23-for-38 passing and finished with 250 yards, two TDs and an interception. Receiver Ja’Marr Chase, Burrow’s former LSU teammate, finished fourth in the NFL with 1,455 receiving yards and his 13 TDs was third-best. Samaje Perine and Joe Mixon form a great backfield and each has a touchdown reception this postseason. As good as Burrow and Chase have been, much of the Bengals’ success comes from the defensive side of the ball. Through three playoff games, Cincinnati has given up 371 total yards per game, but they’ve held opponents to just 19.7 points. Von Bell came up with a big interception against Kansas City that set up the Evan MacPherson’s game-winning field goal. Linebacker Logan Wilson (four interceptions, 98 tackles) has been a big part of the defensive resurgence.

I’m taking the points. We have this game posted at 4.5 and there are not many places left to get that number. This will come down to 3.5 by game time, so if you like the Bengals, take them now. The Bengals offensive line has had two weeks to prepare for this Rams defense and if they can keep Burrow upright, Cincinnati will win this game. I actually trust Burrow more than I do Stafford.