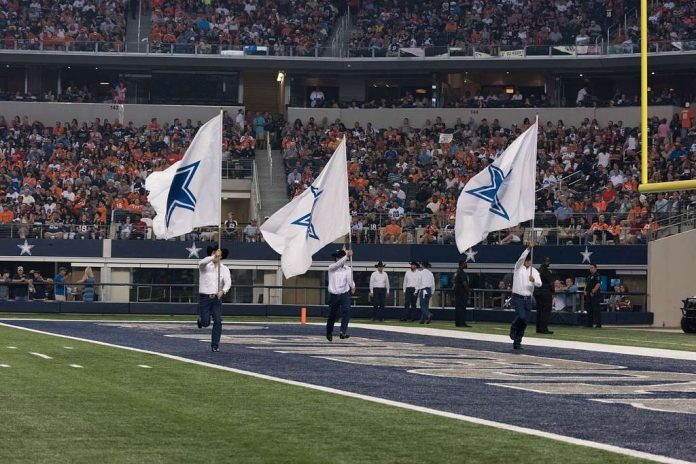 Thanksgiving Day is here and that means America’s Team is on the schedule with a late afternoon contest at home. This year, the Dallas Cowboys welcome in the Las Vegas Raiders looking to gain a season-split of the AFC West. Dallas beat the L.A. Chargers earlier this year but have lost to both Denver and Kansas City in the last three weeks. The offense was a complete no-show in last week’s 19-9 at the Chiefs, but the Cowboys still lead the weak NFC East by 2.5 games over the Philadelphia Eagles. Dallas’ No. 1 ranked offense never found the end zone in their last game and the team will probably be without their top two receivers Amari Cooper and CeeDee Lamb. Cooper is reportedly unvaccinated and Dallas owner Jerry Jones feels he would be able to play on Thanksgiving if he had received the vaccine. Lamb didn’t practice on Tuesday, and it appears the Cowboys will formally rule him out on Wednesday.

Meanwhile, the Raiders have issues of their own. After an impressive 3-0 start to the season, the wheels have fallen off and Las Vegas finds themselves tied for last place in the AFC West. However, only 1.5 games separate them and first place Kansas City in the ultra-tight division.

The Raiders have lost three straight games, failing to score 17 points in all three, including a 32-13 setback at home to the Cincinnati Bengals last week. Las Vegas has failed to cover the spread in six of their last eight games and come into this contest as 8-point underdogs with a total of 50.5. Dallas has won the past three meetings with the Raiders last winning in 2005. This is the third Thanksgiving day meeting between the teams with Dallas winning the previous two including a 31-24 victory in 2013.

Quarterback Derek Carr was not on his game last week in the loss to Cincinnati, finishing with just 215 passing yards, a touchdown and an interception. He now has five interceptions in his last four games and ground game isn’t helping him either. Josh Jacobs finished with just 37 rushing yards on nine carries last week and has only recorded 129 yards over his last three games. Jacobs is still the team’s leading rusher with 333 yards and five TDs on the season. Tight end Darren Waller continues to have a strong season and picked up 116 receiving yards on seven catches against the Bengals. Las Vegas has been outscored 96-43 over the last three weeks. Defensively, Las Vegas should be able to get pressure on a Dallas line that allowed five sacks to the Chiefs last week. Linebacker Nick Kwiatkoski and cornerback Keisean Nixon both sat out Tuesday with ankle injuries.

Dak Prescott struggled last week, finishing with 216 passing yards, no touchdowns and two interceptions in the road loss to the Chiefs. Still, Prescott is a front-runner to being Comeback Player of the Year after a devastating leg injury last season. He’s thrown for 2,557 yards with 20 touchdowns and seven interceptions. Ezekiel Elliott leads the team with 695 rushing yards and seven TDs despite playing through a knee injury. Elliott could see a lot more touches with wideouts Cooper and Lamb likely to miss the game. Lamb leads the team in receiving with 740 yards and six TDs, while Cooper is right behind him with 583 yards and five TDs. The Cowboys can still take advantage of Las Vegas’ pass defense that entered Week 11 just 28th in interception rate and 16th in sack rate.

The Raiders have looked poor the last three weeks, but they might be getting Dallas a the right time. Not only have the Cowboys lost two of three, but the offense will be short-handed this week. Las Vegas has shown at times they can put points on the board. I say Dallas wins a one-score game.