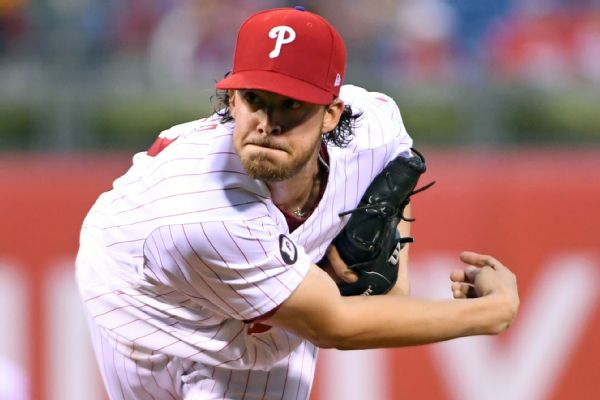 The 2022 World Series begins Friday night in Houston, as the Astros host the Philadelphia Phillies in Game 1 of a best-of-seven Fall Classic. These teams certainly took different paths to get here. Philadelphia was under .500 in early June when they fired Joe Girardi and Rob Thomson took over to lead the team into the playoffs for the first time since 2011. The Phillies opened on the road in each of its three rounds in the playoffs, eliminating St. Louis, defending champion Atlanta and San Diego in the NLCS. The Astros, who led the American League West all season, have opened at home twice and swept both the Seattle Mariners and New York Yankees. Houston definitely have the experience edge, with several players still around from the 2017 title-winning team. According to the MLB playoff odds the Astros are priced at -190 to win the series with the Phillies coming in at +160. Game 1 will see Aaron Nola take on Houston’s Justin Verlander.

As far as the World Series MVP Awards odds go, Houston’s Yordan Alvarez is the favorite at +600, followed by Philadelphia’s Bryce Harper (+700) and Verlander (+800). enter as the favorites to win the World Series Most Valuable Player award. The Phillies lead all teams with 16 home runs this postseason, with Houston not far behind at 12 while playing just seven games to Philadelphia’s 11. Rookie shortstop Jeremy Pena is pacing the Astros’ lineup with 10 hits, seven runs and three homers. Houston won two of the three games against the Phillies during the regular season with all three contests taking place at Minute Maid Park on the last three days of the regular season. Jose Altuve and Alvarez combined to go 9-for-16 with three doubles against Philadelphia this season. Verlander and Framber Valdez combined to allow two hits and no runs with 20 strikeouts in 10 innings for the Astros.

Nola’s last regular season start came at Houston when he earned the win in a 3-0 win on Oct. 3 that clinched the Phillies’ first postseason berth in 11 years. Nola was terrific, limiting the Astros to two hits while recording nine strikeouts and no walks over 6 2/3 innings. Nola has a 3.12 earned run average in his three postseason starts. He allowed one unearned run in 12 2/3 innings in his first two starts before allowing six runs the last time out against the Padres. Nola, in his eighth season with the Phillies, will be pitching in the World Series for the first time and gets the nod over Zack Wheeler, who will pitch Game 2 on Saturday.

Verlander was outstanding during the regular season, but postseason success has eluded him, especially in the Fall Classic. The future Hall of Famer is 0-6 with a 5.68 ERA in seven World Series starts. Verlander, the AL Cy Young Award favorite after missing most of the past two seasons following elbow surgery, is still the ace of a solid pitching staff. The Astros have surrendered just 15 earned runs in 72 innings across seven postseason games. Verlander was hit hard by the Seattle Mariners in the ALDS, but bounced back with a solid six innings against the Yankees.

I’m going with the Phillies in this one. The Astros pitching has been terrific, but they haven’t faced a lineup like this through their first two rounds. Bryce Harper has been on fire and brings a lot of confidence into this World Series. Verlander’s lack of success in the Fall Classic can’t be ignored. I’m betting on the Phillies to get at least a split in the first two games.