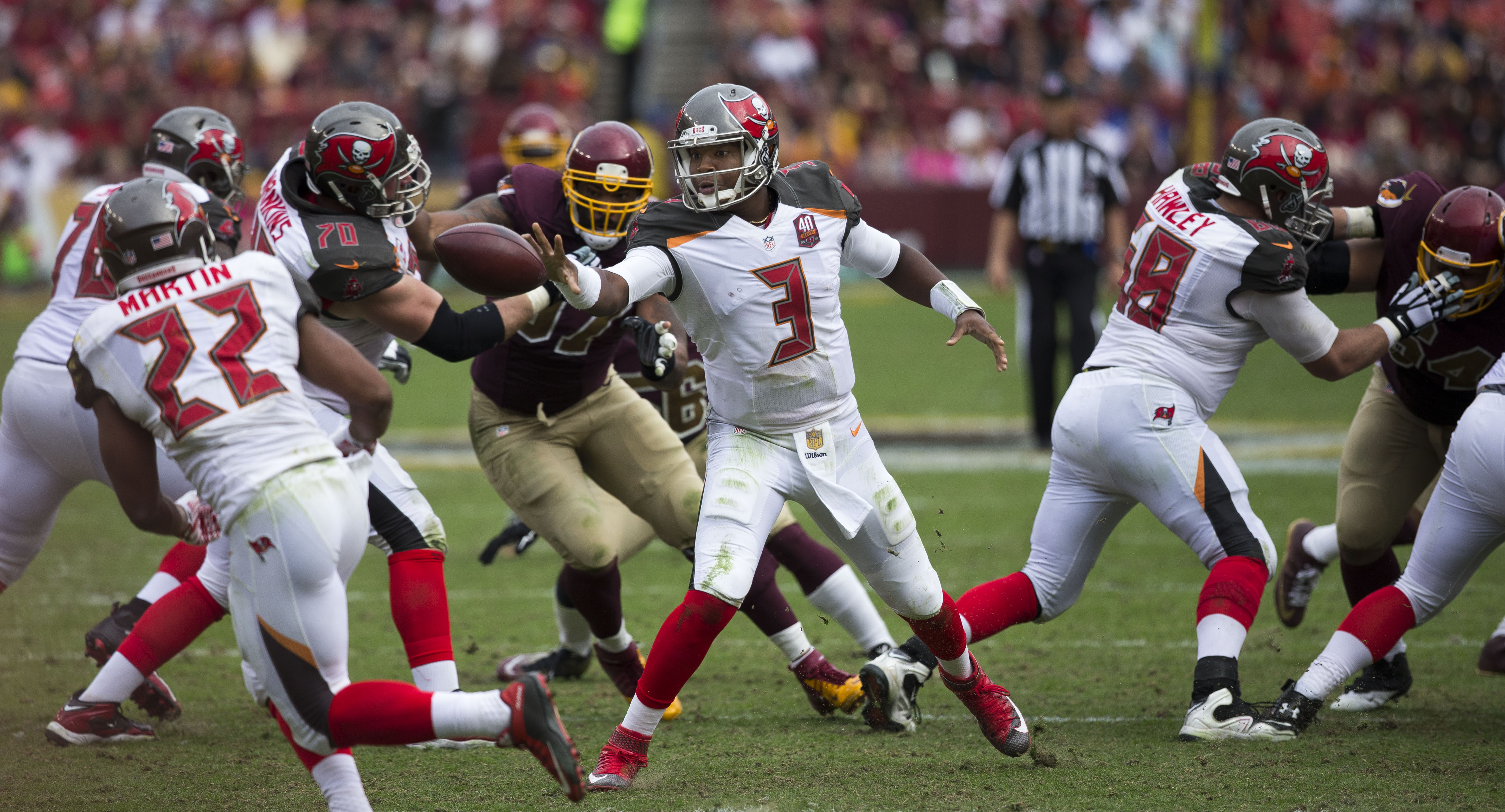 The New England Patriots will try and bounce back from another loss when they travel to Tampa to take on the Buccaneers on Thursday night to kick-off Week 5 action. Despite a great start to the season by two-time league MVP Tom Brady, the New England Patriots have allowed three of their first four opponents to score at least 30 points as they prepare to visit the Tampa Bay Buccaneers on Thursday night. The reigning Super Bowl champions have already lost twice at home following Sunday’s 33-30 setback to the Carolina Panthers and are dead last in the NFL in yards allowed per game (456.8) and 31st in points allowed (32.0). The Buccaneers, who had their Week 1 matchup postponed due to Hurricane Irma, have sandwiched a pair of home wins around a 17-point loss at Minnesota. Quarterback Jameis Winston is coming off his best game of the season against a good NY Giants defense and gets back top running back Doug Martin, who returns after a suspension for violating the league’s policy on performance-enhancing drugs.

Brady struggled a bit in the season opening loss to Kansas City, but has thrown for 10 touchdowns and zero interceptions over the past three games while completing at least 71% of his passes in each. Tight end Rob Gronkowski has 18 receptions and two touchdowns while averaging 95 yards receiving over the past three, but wide receiver Brandin Cooks has been inconsistent in his first season with the team, ranking 5th on the Patriots with 13 receptions. The ground game also has been lacking, although running back James White has a team-high 22 receptions. Brady was 9-0 on Thursday night until New England lost to the Chiefs in its season opener. New England was 8-0 on the road last season and won its lone away game this season at New Orleans.

It’s not clear how much of a role Martin, a two-time 1,000-yard rusher, will play in his season debut. Jacquizz Rodgers has been filling in for Martin and rushed for 83 yards on 16 carries last week against New York. Winston, the top overall pick in 2015, bounced back from a three-interception performance at Minnesota by throwing for 332 yards and three touchdowns to rally Tampa Bay to a 25-23 win over the Giants on Sunday. He connected with each of his tight ends (Cameron Brate and O.J. Howard) for TD passes last week but Mike Evans is his favorite target with 19 catches for 227 yards and two scores. Brate has 10 touchdowns since the start of the 2016 season, the most by any tight end in that span. Injured linebackers Lavonte David and Kwon Alexander are both expected to sit out their second straight game. Tampa’s defense is ranked 30th in the league overall and 31st against the pass.

This game will probably be a shootout as both defenses have been horrible thus far. I expect Belichick to turn his defense around a lot quicker than the Bucs will and it will start tonight with an inspired effort. New England bounced-back strong after the Kansas City loss and I expect them to do the same here. Winston is very inconsistent and I can see him throwing a few picks in this one.