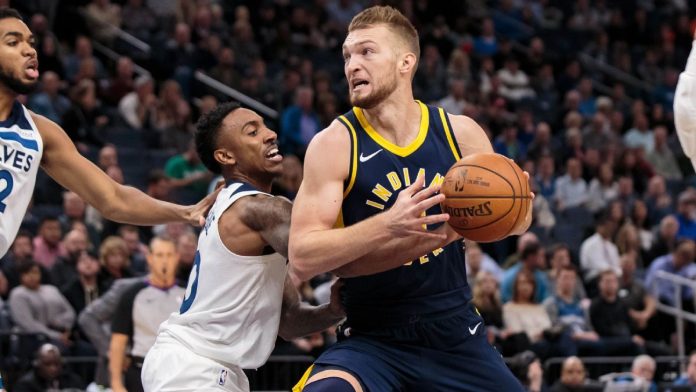 It’s been a long time since the Indiana Pacers have won in the city of Toronto and they get their first chance this season when they meet the Raptors on Wednesday night. This is the first of four meetings between the teams this season with the next one coming on Saturday back in Indianapolis. Both teams have lost three of their first four games to star the 2021-22 campaign and Toronto has lost all three at Scotiabank Arena. Their lone win came at Boston on Friday night. Toronto dropped a 111-108 decision as 2.5-point underdogs on Monday night to the Chicago Bulls after trailing by 20 points. The Raptors made it close in the fourth quarter, pulling to within two points. Former Raptor DeMar DeRozan led the Bulls with 26 points, including 11 in the final frame.

The Pacers defeated the Miami Heat on Saturday in overtime for their lone win of the season before falling 119-109 to the Milwaukee Bucks on Monday. The Pacers dug a deep hole, trailing by 18 points, and could not mount a comeback. Indiana leads the all-time series 51-44 but is 19-29 away from home. The Pacers did win in Tampa, Fla., last season, but haven’t won in Toronto since March 1, 2013. Malcolm Brogdon averaged 24.0 points, 7.0 assists and 6.0 rebounds in his two games vs. Toronto last year, while Myles Turner put up 23.0 points and 6.5 rebounds. Fred VanVleet averaged 23.0 points in his two games for the Raptors and OG Anunoby 20.0 points. The Raptors are 6-4 against the spread in the past 10 meetings.

The Pacers’ defense has been a problem in the team’s three losses, allowing an average of 125.7 points in them. Guard Caris LeVert, who averaged 20.2 points, 4.6 rebounds and 5.2 assists in 35 games for the Pacers last season, has yet to play. Rookie guard Chris Duarte has stepped in to average 19.8 points in LeVert’s absence. Center Myles Turner, who had 40 points and 10 rebounds in a loss to Washington last Friday, hasn’t scored more than nine points or pulled down more than seven rebounds in the other games. Malcolm Brogdon led the Pacers with 25 points and had seven assists against the Bucks, while Domantas Sabonis added 21 points, 13 rebounds and five assists.

VanVleet was the offensive star in Toronto’s loss to Chicago on Monday, scoring 15 points and setting a career high with 17 assists but missed the potential tying three-pointer as time expired. The Raptors were dominated on the boards and turned the ball over 21 times including eight by VanVleet. Goran Dragic only saw 14 minutes and was 1-for-6 from the field, while OG Anunoby led Toronto 22 points. The Raptors have opened the season without Pascal Siakam, who had surgery on his left shoulder to repair a torn labrum in June. He started to participate in practice this week, as has Yuta Watanabe (left-calf strain).

The Pacers are near the bottom of the league in scoring defense and defending the 3-point line, but Toronto’s offense has been terrible. Indiana has a better roster right now and their long losing streak in Toronto could come to an end tonight.