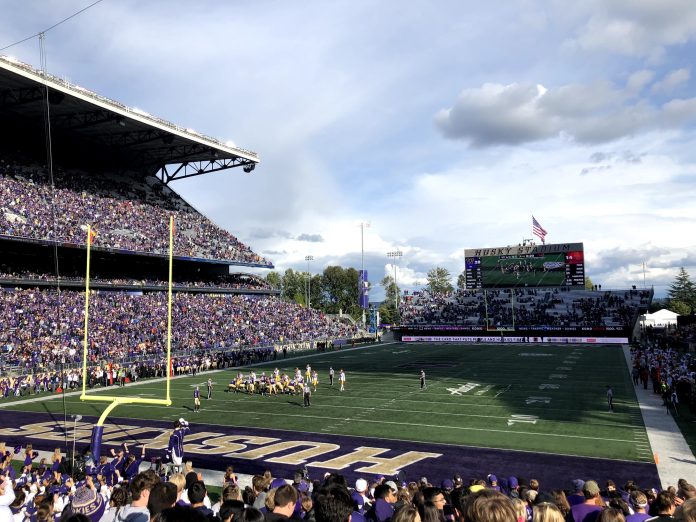 The first College Football Playoff rankings are out and there’s a lot of controversy surrounding some of the spots. One team not being disputed – at least for this week – are the Oregon Ducks, who come in at No. 4. Some were wondering if Ohio State would be ranked ahead of them despite a loss to the Ducks at home back in September. Still, with Oregon at No. 4, there’s a chance they can run the table and still drop in the rankings. Style points will be needed the rest of the way beginning with a trip to Seattle this week to play the Washington Huskies. The Ducks have won three straight (1-2 ATS) since losing at Stanford in early October including a 52-29 home win versus Colorado last Saturday. A loss at Washington would not only derail their playoff chances, but open up the Pac-12 North to just about every team including the Huskies.

Washington does not have an impressive win on their schedule right now unless you include their 20-13 win at Stanford last week as 2.5-point underdogs. The Huskies got off to an awful start, losing at home to FCS Montana and getting blown out at Michigan. Their defense has been keeping games close, as their last five have all been decided by seven points or less. Washington has had all sorts of problems with their rival to the south, losing 14 of the last 16 meetings including the last two. The teams didn’t play a year ago with the Huskies program plagued by Covid-19. The Ducks have covered six of the last seven meetings in Seattle. Washington is just 1-5 ATS in their last six home games and 1-6 ATS in their last seven conference games.

Last week against Colorado, quarterback Anthony Brown passed for 307 yards and three touchdowns with zero interceptions while running back Byron Cardwell went off with 127 rushing yards and a touchdown on just seven carries. Fellow back Travis Dye added two rushing touchdowns in the blowout win. Brown has 10 touchdown passes to three interceptions on the season and is 16 completions away from his career high, set with 158 in 2018 as a sophomore at Boston College. On the season, the Ducks are no. 1 in the conference with 36.1 points per game and second with 204.88 rushing yards per contest. The run game could have some success against a Huskies defense that ranks 10th in the conference with 4.68 rushing yards allowed per carry. Oregon’s defense features sack specialist Kayvon Thibodeaux and the team has intercepted 11 passes this season.

Washington will be playing its first home game at Husky Stadium since a 31-24 overtime win versus California on Sep. 25. Quarterback Dylan Morris came through last week in the win over Stanford with 146 passing yards and a touchdown on an efficient 17-of-25 completions. Morris has thrown 11 touchdown passes with eight interceptions in 2021. Washington has almost zero running game, ranking 99th in the country at 126.1 yards per game. Senior Sean McGrew leads the team with 383 yards rushing and six scores, but averages just 4.2 yards per carry. The defense ranks near the bottom against the run but are No. 1 in the country against the pass (146.3 passing yards allowed per game).

I think the Ducks will have success running the ball against Washington. Oregon knows they need impressive wins from here on out and should be able to get a double-digit win here. They have covered six of seven at Husky Stadium.