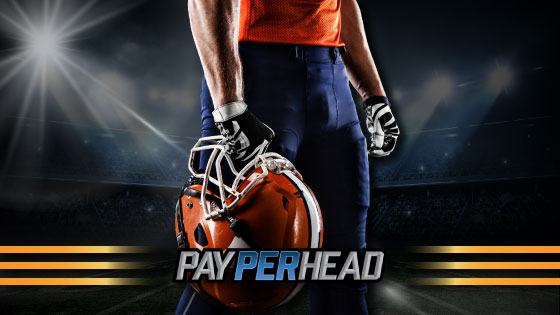 The best way to do that is for bookies to first use pay per head software to ensure profit. Bookies should then promote wagering on the teams that lack action in their books.

Continue on to find out the odds and standing for each NFL Conference, plus get tips on how to use your pay per head software to increase profits.

The Chiefs are favored because right now they own homefield advantage. However, Kansas City has one of the worst defenses in the NFL.

Risk taking pay per head agents might want to allow as many bets on the Chiefs as they can handle. The likelihood of the Chiefs winning the AFC isn’t nearly as good as the Patriots’ chances.

The Chargers, Texans, and Ravens also have a shot to win the conference. Los Angeles is hot, Houston has the requisite quarterback play and defense while the Ravens boast the best defense in the NFL.

The Steelers have lost 3 in a row and face the Patriots in Week 15. Pittsburgh might not even win the AFC North Division. Another loss puts them a half a game behind Baltimore if the Ravens win on Sunday.

If New Orleans wins homefield advantage, they should win the NFC. Sean Payton has never lost a playoff home game. The Rams are loaded, but they looked awful against Chicago. They’re also a terrible covering team.

Teams that cover the spread often do well in the playoffs.

The Saints and the Rams have the NFC to themselves, right? Not so fast. 3 long shots can win. The Bears, the Cowboys, and the Seahawks all boast excellent defenses and good quarterback play.

Pay per head agents should use per head sportsbook software to set max betting limits on all 3 dogs.

They must also set max betting limits on the two favorites, the Rams and Saints. Both are solid and both will play at least 1 game at home in the postseason.

Again, there’s only 3 weeks remaining left of the NFL Regular season, it’s all about promotion and risk mitigation. You want the right tools as the Super Bowl 53 bets come through.

Upgrade your sportsbook software to a premium solution. PayPerHead.com has been in the industry for over 20 years. That’s over 20 years experience managing the Super Bowls.

Right now, bookies can try the PayPerHead Prime Package, loaded with exclusive tools and features, for just $3 per head for the next 3 weeks. Just in time for the Conference Finals.