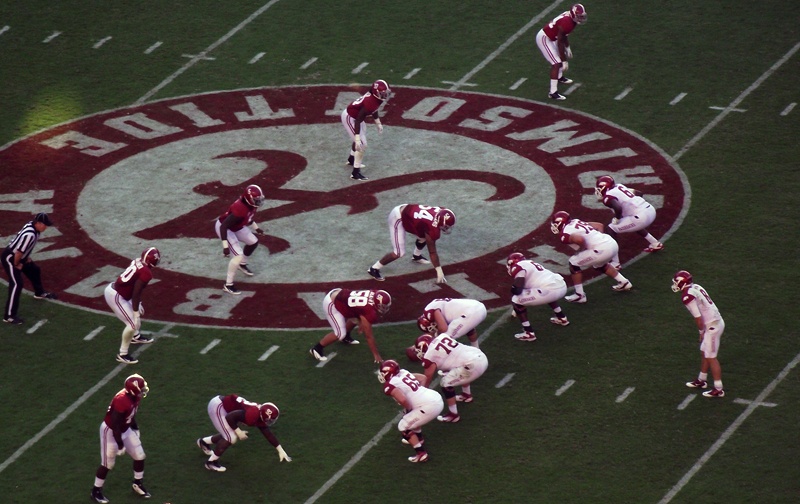 If you like a lot of offense, then check out an SEC clash on Saturday afternoon between the Mississippi Rebels and top-ranked Alabama Crimson Tide. It’s a matchup the Tide should be a little leery about, because this Ole Miss team is clicking behind former Alabama offensive coordinator Lane Kiffin. The Rebels have not faced stiff competition yet in easy wins over Louisville, Austin Peay and Tulane, but they sure have looked good. They top the nation with 635.3 yards of offense per game, are fourth with 7.65 per play and fourth in rushing offense at 298.7 per contest. Despite a huge time of possession advantage over their opponents, Mississippi has committed just two turnovers.

The Tide have already faced one SEC opponent and they escaped with a 31-29 win at the Florida Gators despite allowing 440 yards of total offense. Last week, Alabama won its 100th consecutive game over an unranked opponent – 63-14 vs. Southern Mississippi. Ole Miss comes into Tuscaloosa as the 12th-ranked team in the country in both the AP and Coaches poll. Alabama won 63-48 in last year’s matchup in Oxford and leads the all-time series 55-10-2. The last time Ole Miss won was a wild 43-37 road win in 2015 as 9-point underdogs. The Tide are favored by 14.5-points in this one with a total set at 79.5.

The Rebels are the highest-scoring team in the nation entering the fifth week of the 2021-22 college football season, with an average of 52.0 points per game. In their last game, Ole Miss roughed up the Tulane Green Wave in a 61-21 home win on Sep. 18. Tulane might be unranked, but the did give the Oklahoma Sooners a challenge in the first week of the season, losing by only five points, 40-25 in Norman. Quarterback Matt Corrall has thrown for 997 passing yards and nine touchdowns against zero interceptions. His receiving corps is led by Dontario Drummond (339 receiving yards, 4 TDs) and Jonathan Mingo (290 receiving yards, 3 TDs). Ole Miss is 7-3 against the spread in its last 10 games against Alabama.

Alabama quarterback Bryce Young had a big tune-up game last week against Souther Miss, throwing for five touchdowns and 313 passing yards with an interception on 20-of-22 completions. Alabama is third in the nation with 46.0 points per game but is also 23rd in scoring defense with just 18.7 points allowed per game. In total defense this season, Alabama is tied with Auburn at 19th among FBS schools, allowing 283.5 yards per game. The defense allowed just 213 yards last week. Alabama is 8-1 against the spread in its last nine games as the home team.

I really like Ole Miss in this spot here. I know this will be a popular underdog pick this week along with Arkansas over Georgia, but I’ll side with the public on this one. The Ole Miss offense can really put up some points and the Alabama defense isn’t the same as it has been in years past.