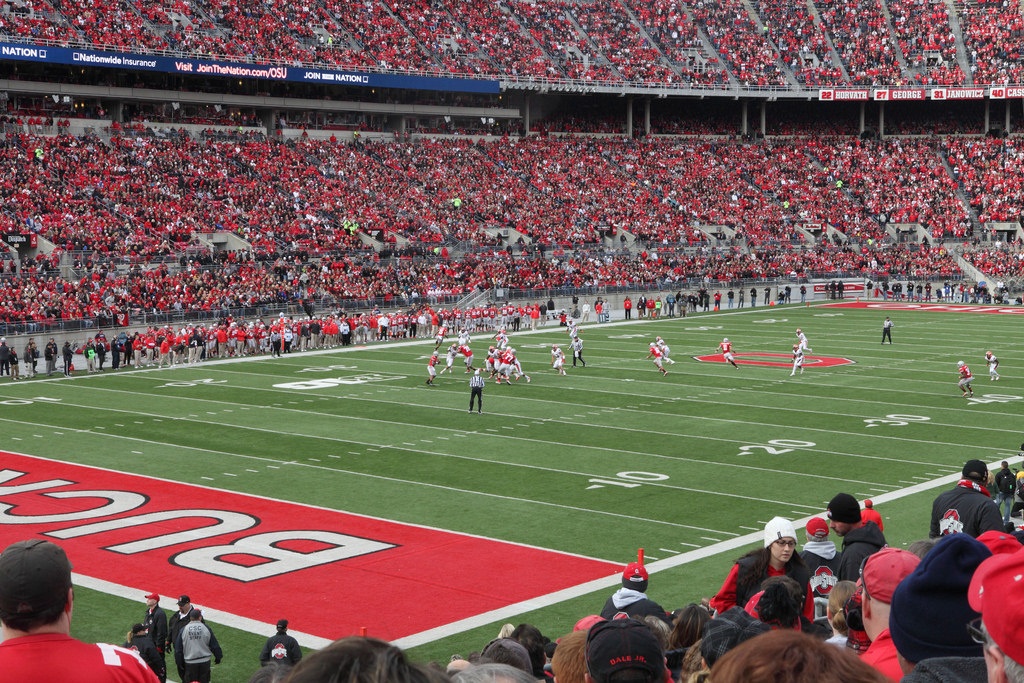 There’s no bigger game in the Week 1 schedule than No. 5 Notre Dame visiting the second-ranked Ohio State Buckeyes. No two-loss team has ever made the College Football Playoffs and one of these highly-ranked teams will go into Week 2 with one loss already. It won’t eliminate the loser from making the playoffs, but it will leave little room for error the rest of the season. The Buckeyes opened as a 14-point favorite and are now 17-point favs as of Wednesday afternoon. The total is sitting at 59 after opening at 58.

The Buckeyes are coming off an 11-2 season and a 48-45 win over Utah in the Rose Bowl. However, that is considered a failure for this program. They were shocked at home early in the season by Oregon and then were humiliated by rival Michigan 42-27 to end the regular season. Expectations are once again high for Ohio State, as they are expected to be favored by double-digits in every game this season.

The Irish come in with a brand new coach after Brian Kelly left for the LSU job. Defensive coordinator and linebackers coach Marcus Freeman was promoted to head coach on Dec. 3 and inherits a team that went 11-2 last season. Freeman was an Ohio State linebacker from 2004-08. The season ended with a 37-35 loss to Oklahoma State in the Fiesta Bowl. This will be the fifth meeting since 1995 and Ohio State has won and covered in each of the last four.

Tyler Buchner will replace Jack Coan and make his first career start at quarterback. He did play in 10 games a season ago and was second on the Irish with 358 yards rushing. He will bring a running element that Coan could not. The Irish return 15 starters from last year – seven on offense and eight on defense. Gone are their leading rusher and receiver, but there’s enough depth to make up for it. The offensive line is strong, but they could be without All-America candidate Jarrett Patterson for Saturday because of a foot sprain. The defensive line is also solid and the Irish return eight of their top nine tacklers from last season. Notre Dame will host Marshall next week.

CJ Stroud enters his third season at Ohio State but second as a starter. The Heisman Trophy finalist threw for 4,435 yards with 44 touchdowns against just six interceptions last season. The Buckeyes return 14 starters including running back TreVeyon Henderson, who ran for 1,272 yards and 15 touchdowns in 2021. Jaxon Smith-Njigba is the leading returning receiver and he’s coming off a monster season with 95 catches for 1,606 yards. That makes three Heisman candidates for this Ohio State team that also returns eight of their top nine tacklers. Ohio State will host Arkansas State next week.

Yes, Ohio State is going to be very good this season, but Notre Dame is no push-over. The Irish have the advantage in the trenches that can ultimately control the game. I will take a No. 5 team in the country getting 17 points no matter who they are playing.

We have plenty more College Football free picks for an exciting Week 1.