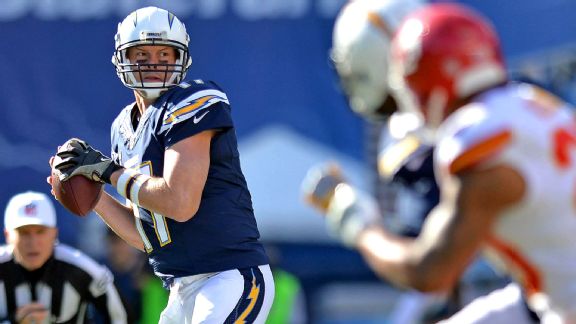 Week 13 in the NFL has arrived and it’s going to be a good one. Have you decided who you like this week? The NFL is not always easy and predicting these crazy games can be a challenge. This year has most definitely been one to remember. Literally we have seen it all.

Just when you think one team is on the move to greatness; they take a big fall and get the brakes beat off of them by some scrub. Look, in the NFL the old saying “any given Sunday” applies this year more than ever. Anybody can truly beat anybody and when one underdog beats a favorite, it’s not that big of a surprise.

There are a couple of exceptions to this rule. Now mind you, the rule is not hard and fast and it can always be broken. Bearing that in mind, the exceptions would be, the Browns and the Patriots. Two polar opposite franchises and two teams going in 100% different directions. The Browns are not an awful team. Nope, not at all. They have a plethora of talented players. They probably have more talented players collectively, then most teams in the NFL. Their problem is simple, they are a terrible franchise and they are operated by inept management and coaching. The Browns are a waste of talent.

The Patriots on the other hand, well they are the Patriots. Enough said really and who doesn’t believe it? Do you remember the first couple of weeks this season when anybody who is somebody, jumped off the ship and started talking crazy talk? Nope, we don’t remember those times either. The Patriots always adjust and they have adjusted nicely this season. Its business as usual in Boston and you can count on that throughout the remainder of the season.

The Chargers know that their destiny is in their hands. They know what they have to do. It’s very simple; win. This week they get the luxury of playing the Browns and it couldn’t come at a better time for this organization. The Chargers are struggling to find an identity in Los Angeles. The players didn’t ask for this and neither did the city of San Diego or for that matter, Los Angeles. They have not been accepted in LA and they have struggled to fill the seats to even half full. This entire move is nothing but a debacle but that doesn’t matter. The Chargers always seem to pour it on late and this year it’s a big deal. The Broncos have fallen completely off the boat and the Chiefs have looked worse than the Broncos in the last couple of games. The Raiders will not win the AFC West! The Chargers have this thing in the palm of their hand and they had better play this hand to the bone.

The Browns are broke. They are dead broke. It’s not even close to payday for Cleveland and they are running out of change in the ashtray for gas! The best line of the week is the San Diego Chargers at -14. It should be -30! Really folks, the Browns have shown up for a couple of plays here and there, but overall, they are broke. They have no coaching, no management and the entire organization is in disarray. They will get the brakes beaten off them this week and look for Rivers to have a monster game. Look for Rivers to look like Joe Montana! It’s going to be ugly and it’s a moneymaker. Take this one to the bank all day long!

The Philadelphia Eagles are the transformation of the year in the NFL and Carson Wentz has to be the favorite for MVP. What is happening in Philly is nothing less than spectacular. The Eagles are a better than good franchise and it seems they come each week with very little let down. Here is the problem this week. It is extremely difficult to travel from one coast to another and get a win, unless we are talking about anybody west coast, traveling to Cleveland! Seattle no longer dominates the home field advantage like they did in the past. This is definitely a good point for thought. However, Pate Carroll has an uncanny way of prepping his team and motivating the squad in December.

The Seahawks need this game much more than the Eagles and it’s in their back yard. It’s also in one of the toughest and most difficult back yards in the entire NFL. Ask anybody who predicted the Eagles season going into this year, “would they have predicted a one loss season?” The answer would be a sounding “no”. The Eagles will not go 15-1. They are good, they are very good and they finally have playmakers, but they are human and they will lose a game or two down the stretch. Today is the day. Look for the Seattle Seahawks to get their business together and realize that time is running out. The clock is ticking on this season and they must win.

This week is a dandy in the NFL and all of the games are worth watching. Look at the numbers closely and find value for your gambling dollar. Call up your favorite online sports bookie and get the money in, there is a ton of it to be made. Don’t wait this one out. Start building that bank roll for the playoffs. This week is the perfect time to reel it in and watch the money grow. The NFL brings it once again and you simply can’t miss it. Good luck, enjoy the action and break the bookie.