NFL NFL Coaching Odds: Who Will Be Fired First in 2017? 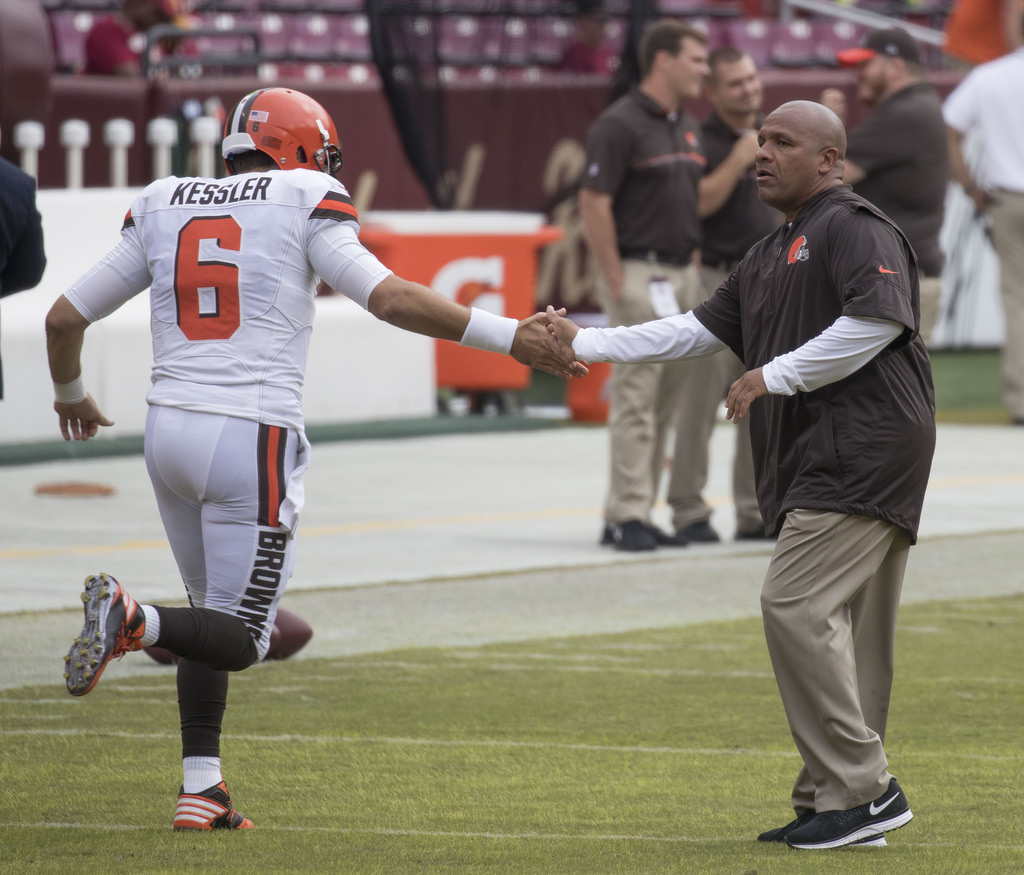 We have posted several NFL season props throughout the last few weeks including NFL MVP Odds and Odds to win the AFC, but we’ll now post one that is a bit of a negative. Who will be the first head coach fired in the upcoming 2017-18 season. Last season, Jeff Fisher was the first head coach fired (December 12th) and he was listed at +700 before the season started while the Lions’ Jim Caldwell was the +370 favorite. Caldwell is once again near the top of the list for this season as the fourth-favorite at +1050 odds. The top of the list starts with the New York Jets’ Todd Bowles (+500) and Cleveland’s Hue Jackson (+525), as the Jets and Browns are expected to be two of the worst teams this year. A couple of other favorites just ahead of Caldwell are Indianapolis’ Chuck Pagano (+1050) and Chicago’s John Fox (+825). Pagano is coming off back-to-back disappointing .500 seasons and missing the playoffs in a weak AFC South. Marvin Lewis (+1200) is also near the top of the list because the Bengals have never won a playoff game under him despite making it five straight years until last season’s 6-9-1 mark. Cincinnati has higher expectations this time around, but that could mean added pressure for Lewis. If the Bengals struggle again, especially early in the season, Cincinnati may not wait to make a change. Here is the full list as of July 4th, 2017.