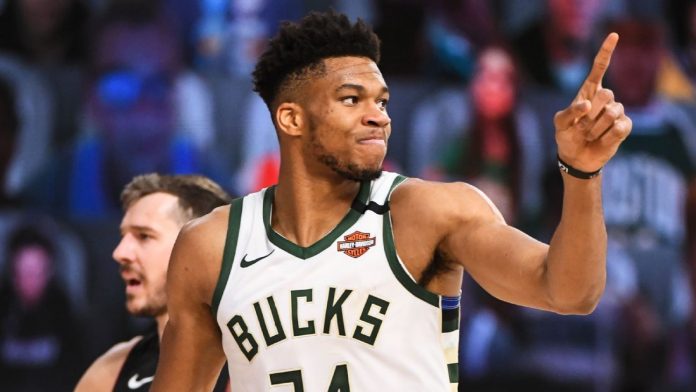 With the season winding down, most teams are playing for positioning and momentum heading into the postseason. The Brooklyn Nets and Milwaukee Bucks will lock horns for the second time in three days when they meet for the final time this season on Tuesday night in Milwaukee. The Bucks moved to within 2.5 games of the Nets with a 117-114 win on Sunday afternoon in a game that saw the superstars from both teams really step up. Kevin Durant and Giannis Antetokounmpo put on quite a battle, with Durant scoring 42 points with seven three-pointers and the Greek Freak pouring in a game-high 49. It was Milwaukee’s fifth win in even games that includes two wins over East-leading Philadelphia on April 22 and 24. The Bucks are also 5-2 ATS in that stretch and are playing some of their best basketball right now. The Nets lost for the second time in a row on Sunday after being humiliated at home by the Portland Trail Blazers 128-109. On Jan. 18 back in Brooklyn, the Nets got a combined 64 points from Durant and James Harden in a 125-123 win over the Bucks. Harden last played April 5, a game in which he logged fewer than five minutes due to a lingering hamstring injury. The over is 4-2 in the last six meetings.

Durant’s 42 points on Sunday came on 16-of-33 shooting to go along with 10 rebounds in 40 minutes. Kyrie Irving managed to score 20 points but was just 8-of-20 shooting. The Nets will be looking for more from Joe Harris, who only had five points on 2-of-7 shooting in the loss to Milwaukee. The Nets have averaged 118.0 points on 47.8 percent shooting from the field in their last 10 games. Brooklyn was without Chris Chiozza on Sunday, who had hand surgery last month. The Nets added longtime Euro League veteran Mike James to the roster after he was signed to another 10-day contract on Monday. Brooklyn will play at Dallas on Thursday.

Antetokounmpo was an incredible 21-of-36 from the field on Sunday, while Khris Middleton contributed 26 points on 11-of-21 shooting. The Bucks are among the few teams which can keep up with Brooklyn’s offense, as they are No. 1 in the NBA with 119.3 points per game and fifth with 1.177 points per possession. Jrue Holiday scored 18 points in the win over Brooklyn Sunday as well. Milwaukee is shooting 39.2 percent from behind the arc this season – second-best in the league. On Sunday, Milwaukee was without veteran reserve Bobby Portis, who is day-to-day due to an illness. Teammate Jeff Teague, who left Sunday’s game with an abdominal strain, is also day-to-day.

Milwaukee was my best bet in the NBA on Sunday and I’m taking here once again. They are starting to play well and have covered each of their last three home games. All three of those, by the way, have come against the teams in front of them in the East.