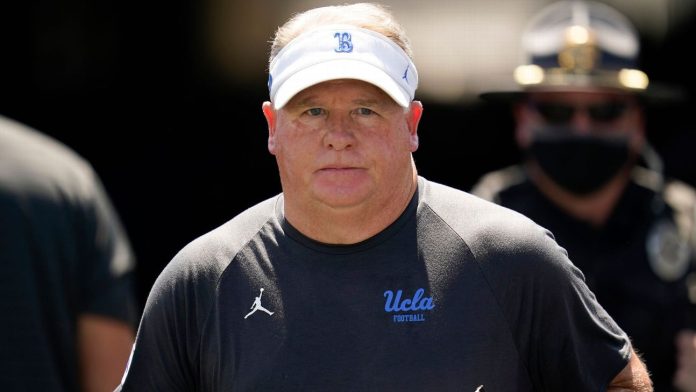 The bowl season starts heating up this week with the Power 5 conferences stepping onto the field with some intriguing matchups. The Holiday Bowl features the Pac-12’s UCLA Bruins against the ACC’s North Carolina State Wolfpack from Petco Park in sunny San Diego, Calif. Bruins head coach Chip Kelly has finally turned this program around, but there’s still more work to do. UCLA has endured five losing seasons in a row – three under Kelly – so this year’s 8-4 mark is a vast improvement. The Bruins racked-up at least 42 points in winning and covering their final three games. The big moment of the season came when the Bruins defeated rival USC 62-33 on Nov. 20.

NC State (9-3) won its last two regular-season games, including an amazing comeback in the final two minutes to knock off their rival North Carolina. The Pack can reach double-digit wins for just the second time in program history with a win Tuesday. The other came with the Philip Rivers-led 2002 squad. Most of the Wolfpack’s key players have announced that they’ll be coming back next season, boosting expectations for them and their fans. NC State has played UCLA twice, losing both contests in 1959 and 1960.

The Wolfpack’s biggest win of 2021 came on Sep. 25 when they knocked-off the Clemson Tigers 27-21 as 10.5-point underdogs. In their last two games, the Wolfpack beat Syracuse 41-17 and then the Tar Heels 34-30. The offense averaged 32.0 points in the regular season to go with an impressive 89.1 percent red-zone touchdown scoring rate. NC State was also ninth in the country with only 0.8 giveaways per contest and 22nd with a +0.5 turnover margin per game. Quarterback Devin Leary passed for 3,433 yards and 35 touchdowns to go with only five interceptions. Wideout Emeka Emezie led the team with 60 receptions for 802 yards and six touchdowns.

This will be UCLA’s first bowl game since losing 35-17 to Kansas State in the 2017 Cheez-It Bowl. The Bruins enter on a three-game winning streak in which they averaged 49.3 points a game. In the regular season, UCLA put up 36.5 points per contest, good for 14th in the country. The rushing attack leads the way. UCLA averaged 219.7 yards per game, which ranked 10th in FBS. Their resume includes a win over then No. 16 LSU in September before we knew how bad the Tigers were. They also almost upset the Oregon Ducks in October, but came up short (34-31). UCLA has many San Diego-area players, including leader receiver Kyle Phillips, who caught 10 touchdown passes this season and had 739 yards on 59 catches. Quarterback Dorian Thompson-Robinson has thrown for 21 touchdowns with six interceptions and ran for another 611 with nine scores.

I took the Wolfpack at -2.5 on our Bowl Selections page, but I like the over even better. Both offenses can put up some points and UCLA’s defense is a sieve. NC State plays good defense, but the Bruins offense is coming in hot.