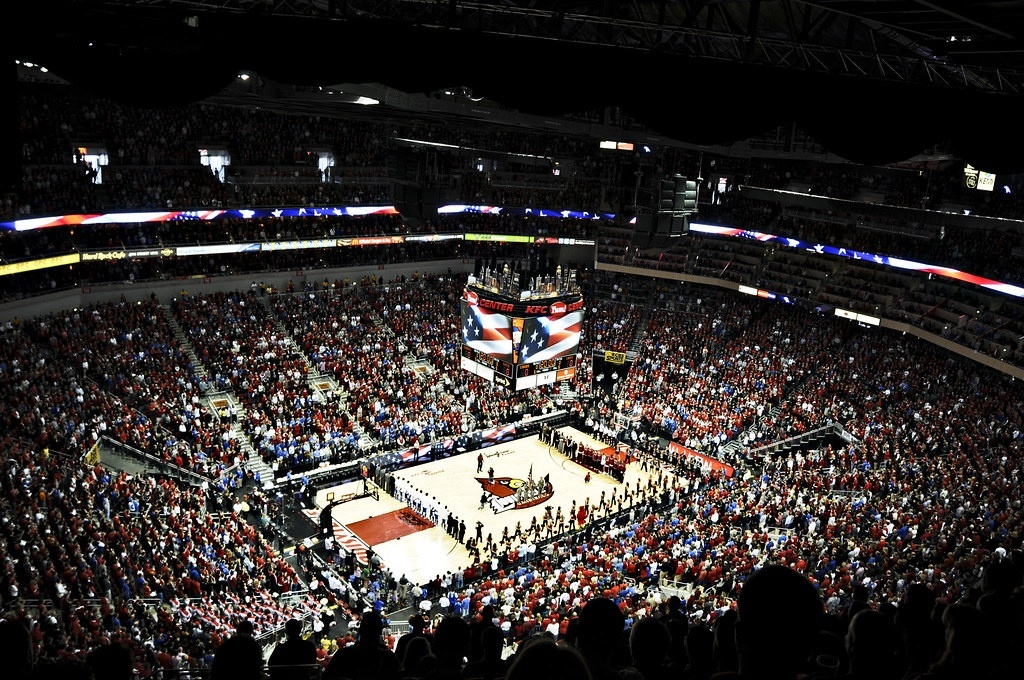 Expectations were low coming into the season for the Michigan Wolverines. After all, the team lost its top three scorers and replaced heralded coach John Beilein with an unproven first-year former Wolverine great. Michigan hasn’t lost a step under the helm of Juwan Howard, who has guided his team to a 7-0 start with some impressive wins along the way, but will now face the new No. 1 team in the country on the road in the Louisville Cardinals. The Wolverines knocked off Iowa State (83-76), No. 7 North Carolina (73-64) and ninth-ranked Gonzaga (82-64) en route to winning the Battle 4 Atlantis over the Thanksgiving holiday, and are seeking to take down three straight Top 10 opponents for the second time since 2014. Louisville is also 7-0 and will try to avoid the same fate of the three previous No. 1 ranked teams after Michigan State, Kentucky and Duke were all upset in the past three week. The Cardinals, who will host No. 5 Michigan as part of the ACC/Big Ten Challenge on Tuesday, beat Western Kentucky 71-54 on Friday to ascend to the top of the national rankings for the first time since 2013. This will be the fifth all-time meeting between the schools with the first four decided by a combined 15 points.

Michigan’s hot start can be attributed to their shooting, where they rank second nationally at 52.9 percent and 10th in 3-point percentage (42.4). Isaiah Livers helped the Wolverines win the Battle 4 Atlantis in the Bahamas by averaging 16.7 points, including a 21-point performance in the championship win over Gonzaga. Jon Teske recorded a career-high 15 rebounds and came away with the tournament’s most valuable player honor. Franz Wagner chipped in 10 points, while Zavier Simpson scored 13 points and dished out 13 assists to record his third double-double of the season. Michigan will open Big Ten play Friday versus Iowa.

Louisville is now 50-6 in the month of November since 2011 and have won 78 of its last 82 non-conference home games after the win over the Hilltoppers. Jordan Nwora was one of just two Cardinals to score in double-digits (25) while recording five rebounds and leads the team with a 21.9 per game scoring average. Dwayne Sutton was the other double-digit man with 15 points, while Malik Williams recorded nine rebounds to go along with his eight points. Louisville will host Pittsburgh on Friday.

It’s asking a lot for Michigan to pull off another upset after three grueling games in the Bahamas. The Cardinals look like the read deal and I say they avoid the curse of another No. 1 going down – at least for tonight.