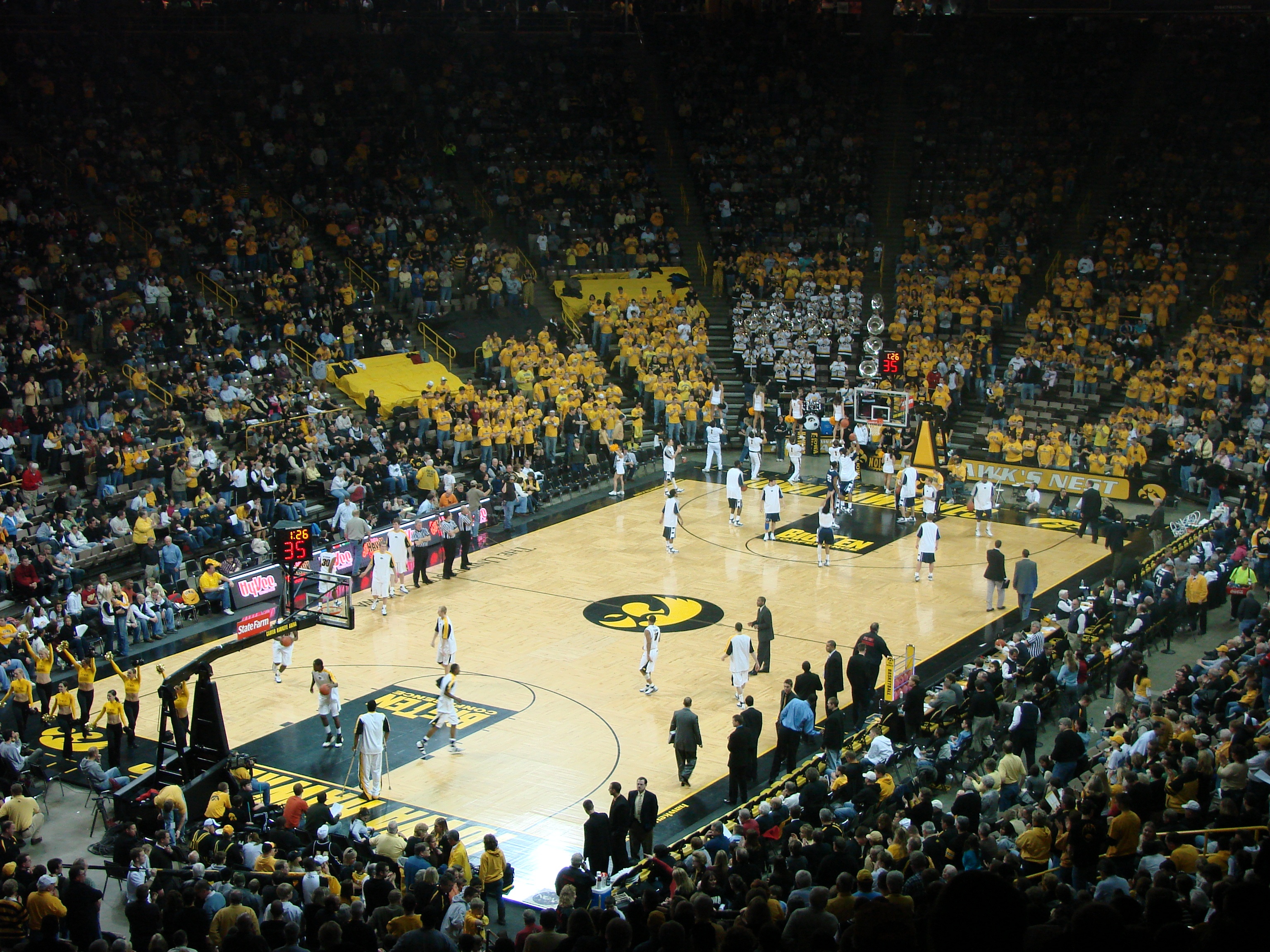 The Iowa Hawkeyes have been on quite a roll lately, winning four straight games, and have won the last two in dramatic fashion to move into a fifth-place tie in the Big Ten standings with Wisconsin at 9-5. Iowa will host the fourth-place Maryland Terrapins on Tuesday night in a key conference matchup between ranked teams. Joe Wieskamp somehow banked in a desperation 3-pointer as time expired to lift the Hawkeyes past lowly Rutgers 71-69 on Saturday, six days after Jordan Bohannon’s game-winning three in the 80-79 victory against Northwestern. Maryland has won three of the last four meetings with Iowa including last year’s 91-73 triumph at home. The Terrapins dropped to 3-4 in their last seven games after a 65-52 loss at Michigan on Saturday. Maryland fell to 0-19 in road games against Top 25 opponents under coach Mark Turgeon and 27 consecutive overall. They will seek to knock off a ranked team away from home for the first time since January of 2008.

Maryland was held to a season-low point total on Saturday and shot just 36.4 percent from the field and 6-of-22 from long range. The Terrapins have been getting off to slow starts in those tough road contests and just don’t have the offense to catch up. Freshman guard Aaron Wiggins led the Terrapins with 15 points to go along with six rebounds and three assists in the loss to Michigan, while Bruno Fernando just missed out on recording his eighth straight double-double, finishing with 12 points and eight rebounds. The Terrapins are solid in the paint on on the glass, leading the Big Ten in rebound margin at 9.5.

Joe Wieskamp finished with nine points on Saturday but none bigger than the three he hit to stun the Scarlet Knights and has drained 44.9 percent of his long range shots this season. Bohannon followed his game-winning shot against Northwestern by scoring a team-high 18 points versus Rutgers and also had five assists. Bohannon hit three 3-pointers to take sole possession of second place on the Hawkeyes’ all-time list in that category. Iowa, which is 9-2 over their past 11 games, also received solid contributions from Isaiah Moss (17 points, three steals) and Tyler Cook (12 points, seven rebounds, four assists). Iowa will host Indiana on Friday night.

I’ve taken this Maryland team before on the road, but I just can’t do it anymore. Iowa has a better overall team and they’re on a roll right now. I’m a little surprised that I only have to lay two points in this one.