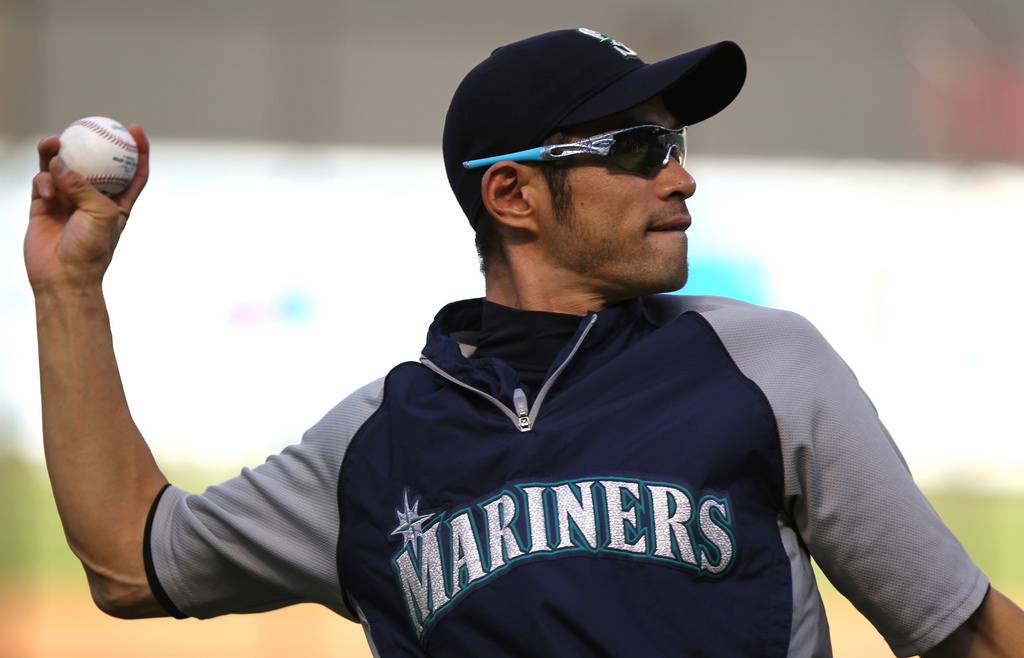 Major League Baseball will ‘officially’ have their Opening Day on March 28th, when all teams will be in action, but the regular season will get started in the wee hours of the morning across the U.S. with the Seattle Mariners and Oakland A’s battling in Tokyo, Japan. The game will be broadcast live on ESPN at 5:35 a.m. on the East Coast with all eyes on Ichiro Suzuki. The longtime Seattle Mariner and future Hall-of-Famer will be the second oldest player to be on an Opening Day roster at 45 years, 149 days – just a few months younger than Julio Franco was when he played for Atlanta in 2004. It is rumored that Ichiro will retire shortly after this two-game series in his native country, as Suzuki’s best playing days are long over. He is hitting just .080 (2-for-25) this Spring and rosters have to be cut again when the teams go back to the U.S. Seattle won 89 games last year, but are in rebuilding mode now with the departures of Robinson Cano, Nelson Cruz, James Paxton, Jean Segura, and Edwin Diaz. Oakland was a big surprise last season, winning 97 games and losing out to the New York Yankees in the A.L. Wild Card game last October and chances are they won’t be as good as last year. The A’s received career years from several journeymen starting pitchers and a few of them have moved on either by free agency or trades. Ace Sean Manaea will miss the entire season after having surgery on his throwing shoulder, but the offense will still be there. Khris Davis’ 48 homeruns in 2018 led the American League and he has 133 dingers over the last three seasons. Seattle has won the last six season series, including 10-9 last year.

With all the focus on Ichiro in this two-game series, it’s hard to forget that Felix Hernandez will not be the opening day pitcher for the Mariners for the first time in 11 years. That honor will go to lefty Marco Gonzales this season and it’s well-deserved. The former Gonzaga standout doesn’t strike a ton of batters out, but he had the fifth-best walks-per-nine-innings rate in the majors last year at 1.73. He was roughed up in the Cactus League, allowing 14 runs in 13.1 innings, but he’s never really had a solid Spring Training in the past. Gonzales was 1-1 with a 4.70 ERA in three starts versus the A’s in 2018, striking out 15 across 15.1 innings.

Like Gonzales, Mike Fiers will also be making his first career opening day start for Oakland, and he too has not had a good Spring. Fiers pitched in just two games and allowed six runs and three homers in 6.1 innings. Fiers split time between Detroit and Oakland last season with his teams going 21-9 in his 30 starts. The tall righty went 1-1 with a 6.75 ERA in three starts against Seattle last season.

Seattle is in a rebuilding year (or two), while Oakland still thinks it can get back to the playoffs despite a below-average starting pitching staff. Fiers is their ace – and that’s not saying much – and he did a pretty good job in 2018. This Oakland lineup is fearsome and should be able to get to Gonzales in this one.