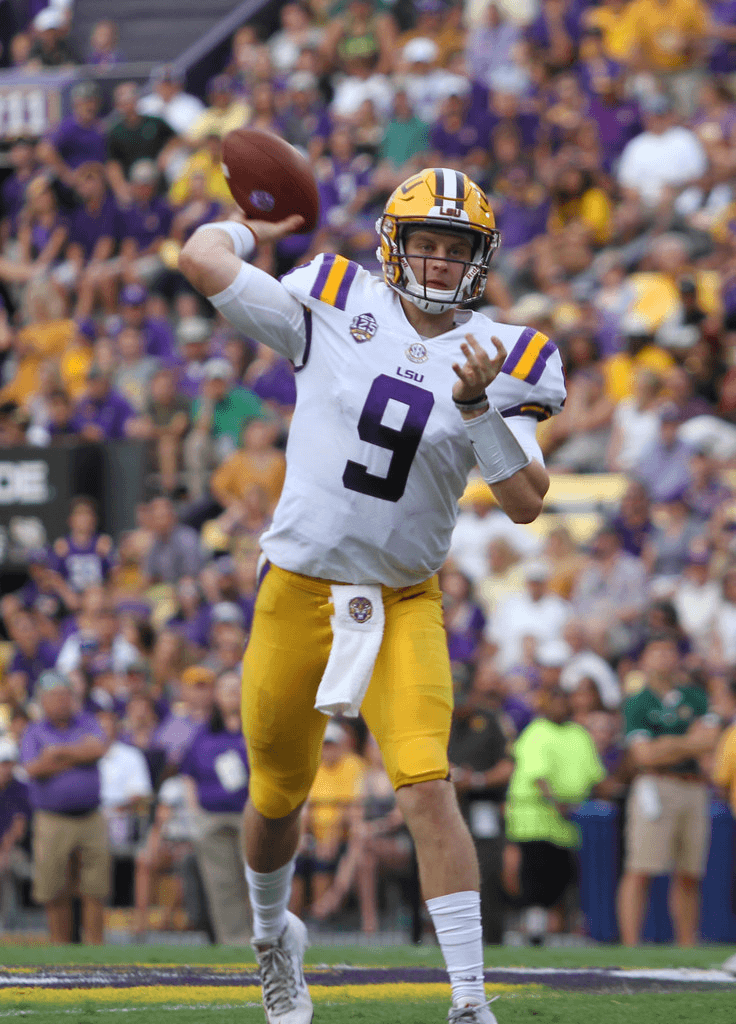 Super Bowl LIV is still fresh in the memory, but NFL teams are already turning their attention to the next rookie class. The Scouting Combine, held in Indianapolis, gives all 32 franchises the chance to take a closer look at some of the prospects entering the NFL draft later in the year. Physical drills, interviews and tests all contribute to what has become a huge event on the football calendar.

Drafting well is an important skill, especially in the National Football League where a salary cap is in place for every team. The rookie wage scale means a fresh influx of talent can be added to a roster for minimal cost, relative to their more established teammates. The team with the worst record from the previous season is allocated the number one pick in the upcoming draft, with the Super Bowl champions taking the 32nd pick in the first round, unless teams trade places.

Burrow The Consensus Number One Pick

The Cincinnati Bengals, who went 2-14 in 2019, are widely expected to draft Joe Burrow first overall. The 23-year-old quarterback led LSU to a first College National Championship since 2007. Burrow threw 60 passing touchdowns in the 2019 season for the Tigers, recording a passer rating of 202.0. Both of those broke the previous FBS record. His Senior year is widely acknowledged as one of the best college seasons ever, and he has risen to the top of many people’s projected drafts.

What The Odds Say About The Draft

The bookmakers agree that Burrow is the consensus first pick for 2020 too. Some bookmakers offer a futures market on the first player taken in the draft, which gets underway on April 23rd in Las Vegas. The latest odds see the Heisman Trophy winner as -2800 favourite. bet365 are one of the legal sportsbooks operating in the United States who list these special markets for their customers as a review on bet365 New Jersey shows. Betting doesn’t stop in the off-season. There are already odds listed for the 2020 season including Super Bowl winner and MVP.

No position is more valuable than quarterback in the NFL, and that’s evident in how recent drafts have unfolded. Indeed, eight of the last 11 years have seen a QB taken as the first pick, including Kyler Murray (Arizona Cardinals) and Baker Mayfield (Cleveland Browns) in the last two. With that in mind, plus Burrow’s incredible season for FSU, it’s no surprise to see him widely tipped to be the first name announced in Vegas. It’s also the reason teams choosing to change their quarterback is such big news, such as the LA Chargers with Phillip Rivers this off-season.

Other Contenders to Go First Overall

Chase Young is +1000 in the futures market. The Ohio State Defensive End is widely acknowledged as the best non-quarterback prospect on the board, although he’s very unlikely to surpass Burrow as the first pick. Young racked up 30.5 sacks in his three years with the Buckeyes, including 16.5 in 2019. He could be destined for Washington this spring assuming he’s picked second.

Before the 2019 college season, Tua Tagovailoa was the presumed number one draft pick. However, the quarterback picked up a hip injury playing for Alabama in November and missed the rest of the season. Tua isn’t able to compete in physical drills at the Combine. As such, he has slipped down the board in a lot of mock drafts and projections, but not by many spots. He could still be a huge asset to whichever team takes a chance on the 21-year-old given how highly he was rated prior to the injury that ruled him out of action for the past few months. He’s available at +1600 to be drafted first. Oregon Justin Herbert is quoted at +2200 and Any Other Player is +2800.