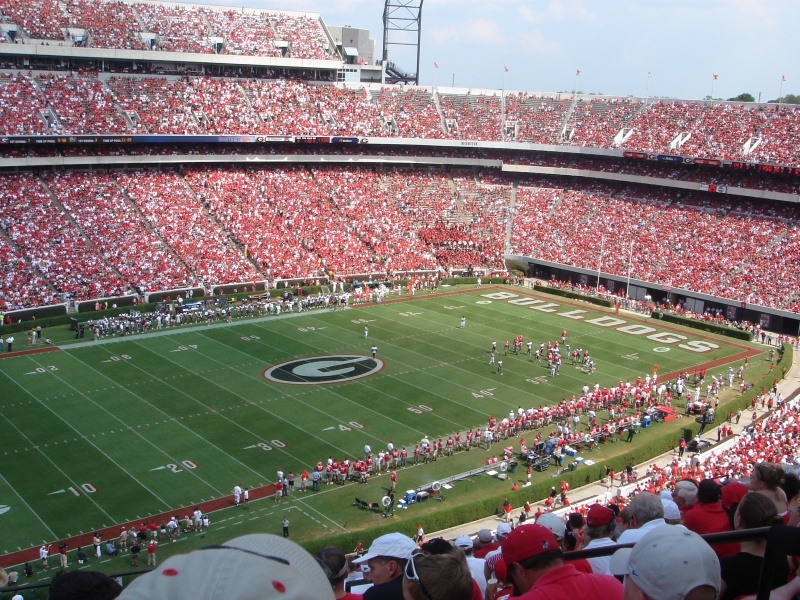 The Eastern Division of the Southeastern Conference could come down to this Saturday’s contest between the No. 11 Kentucky Wildcats and No. 1 ranked Georgia Bulldogs. Both teams are a perfect 6-0 overall and 4-0 in SEC play, so the winner will have the inside track to the conference championship game in December. Kentucky is off to its best start since 1950 and have never won a division title. This week’s game against the top-ranked Bulldogs will not be easy. The Wildcats average 31.0 points a game, but the Georgia defense has only allowed 33 points – all season! Yes, that’s only 5.5 points a game which is nearly seven points fewer than Cincinnati and Clemson, who are tied for second at 12.2.

Kentucky is coming off a 42-21 home win over LSU and are 5-1 ATS this season. However, they come into this contest as huge 22.5-point underdogs with a total at just 44.5. The low total can’t completely be attributed to Georgia’s defense, because Kentucky’s unit is also solid, allowing 17.5 points a game and ranking 18th in the country in total defense (305.2). Georgia is also 5-1 ATS on the season and are coming off a 34-10 route at Auburn last Saturday. Georgia has won its past 11 games against Kentucky, including last year’s 14-3 win in Lexington. Kentucky’s last road win over Georgia came in 2009.

Quarterback Will Levis was efficient in the win over LSU last week, completing 14-of-17 passes for 145 yards and three touchdowns. On the season, Levis has thrown for 1,134 yards and 11 touchdowns with six interceptions. Kentucky also got 330 rushing yards and three touchdowns from its rushing attack, led by running back Chris Rodriguez Jr., who finished the game with 147 and a score on just 16 carries. He is averaging 6.3 yards per carry, having run for 759 yards and five touchdowns on 120 carries. The Wildcats are also disciplined with just 4.8 penalties per contest. Wide receiver Wan’Dale Robinson leads the team with 37 catches for 527 yards and four touchdowns.

The only question mark for Georgia is who plays quarterback. Stetson Bennett has started the past two games in place of JT Daniels, who has been sidelined with a strained oblique muscle. Bennett went 14-of-21 passing for 231 yards and two touchdowns against Auburn and has completed 69.4 percent of his passes (43-for-62) this season while throwing for 746 yards and eight touchdowns, with two interceptions. After rushing for 201 yards and two touchdowns against Auburn, Zamir White and the Bulldogs will now face a Kentucky defense that allowed LSU tailback Tyrion Davis-Price to run for 147 yards and a couple of touchdowns on 22 carries. Georgia rolled up 432 yards of offense and held Auburn to 46 rushing yards on 29 carries. Georgia leads the nation in total defense (201.2 ypg), passing defense (137 ypg) and are fourth in rushing defense (64.2 ypg).

I know Georgia is easily the best team in the country, but this is too many points to give an underrated Kentucky team. No, Kentucky’s offense isn’t going to light up the scoreboard, but their defense should do enough to keep this close.