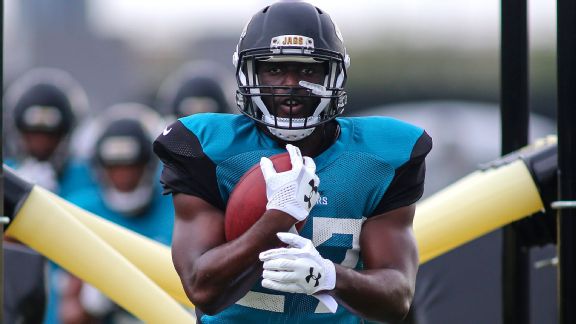 The New England Patriots will take the field for the first time since their epic comeback victory in last year’s Super Bowl when they host the Jacksonville Jaguars in a Week 1 preseason contest. This is a game that would be the least watched of the week if it were a regular season game as the point spread would be hovering around 15. But, as with many preseason games, the line is small due to the fact that the stars rarely even see the field in Week 1. The Patriots are 10-1 all-time versus the Jags in the regular season and playoffs, while the teams have split two preseason meetings with the Patriots winning 47-12 in the latest battle in 2011.

Jacksonville is hoping to end a postseason drought in 2017 as they haven’t made the playoffs since 2007 or finished with more than five wins since 2010. Coach Gus Bradley was fired late last season and replaced with Doug Marrone, who went 1-1 to end the season and was rewarded with a full-time gig. Marrone previously was a head coach at Buffalo from 2013-14 and the Bills were 15-17 under him. Jacksonville mad a big off the field move in the offseason by hiring former coach Tom Coughlin to run the front office. Excitement is building around running back Leonard Fournette, the No. 4 overall pick in this year’s draft. Fournette, who was terrific in his time at LUS, is the NFL Offensive Rookie of the Year favorite heading into this season. Blake Bortles will be back under center and this could be his last chance with the Jags. He showed zero improvement last season and leads the NFL with 63 turnovers since being selected No. 3 overall in the 2014 draft. The defense has a roster full of good young players, but one of those – cornerback Jalen Ramsey – remains on the PUP list and won’t play Thursday.

If you want to know how seriously teams take preseason games, look at head coach Bill Belichick’s record. He has routinely led the Patriots to 14-15 wins every season, but is just 39-31 in exhibition games. Don’t expect Tom Brady or other key veterans to even play on Thursday, giving the time to the younger inexperienced players. It could also be a tense game as both teams have been practicing together this week. Brady received a lot of playing time in the 2016 preseason, but that was because he was suspended for the first four regular season games and was allowed to play in camp. New England acquired some good players in the offseason, which could make them even better – if that’s even possible. Wide receiver Brandin Cooks (New Orleans) and cornerback Stephon Gilmore (Buffalo) are the two biggest names that will make their debut on Thursday.

This game means more to the Jaguars players and new head coach than it does to New England. The game opened at 5.5 and has been bet down wisely to 3.5. I’ll still take the points here. Don’t be shocked if Jacksonville wins outright.