NHL Hockey News, Odds, Previews, and Free Picks How Long Does It Take to Finish a Hockey NHL Playoff Game? 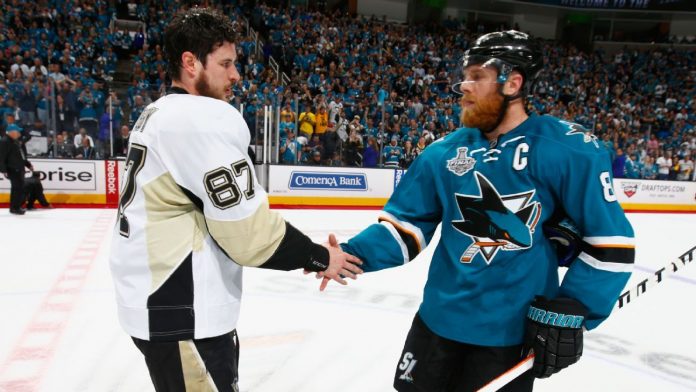 Hockey is a game of adrenaline and non-stop excitement. If you have ever wondered, ”how long do hockey games last?” The straight answer would be 60 minutes with three periods. Each period is 20 minutes long. A hockey NHL playoff game, however, does not always finish in the allotted time.

Several factors need to be considered to answer the question, how long do playoff games last?

How Long Does a Hockey NHL Playoff Game Take to Finish?

An NHL playoff game will be played for a minimum of 60 minutes, divided into three periods of 20 minutes each. These periods will extend depending on the stoppage time. For example, if the puck is not in play when a goal is scored or player infractions such as deliberate illegal substitution or falling on the puck in the goal crease. You can look at the NHL rulebook for more information on infractions. An intermission of 15 to 17 minutes follows every period.

In NHL playoffs, intermissions last for 15 minutes 30 seconds before the first and second periods. In the case of televised games, the intermission time is increased to 17 minutes each. Therefore, depending on the overtime, there might be more than two intermissions in a match.

The overtime is a feature that sets NHL playoff games apart from other games like recreational or college games. The question, “ how long do hockey games last?” goes for a toss due to this factor. Playoff games do not end when the scores are tied, and there is no shootout either. Instead, both teams play at full strength until either of them scores a goal.

There is no restriction on the number of overtimes. An overtime period of 20 minutes will be first allotted. If neither team scores a goal, the period will be followed by a 15-minute intermission. Another 20 minute period will then begin, and so on until a goal is scored.

Did you know the longest NHL game went on for 176 minutes 30 seconds? The game was played in 1936, between the Detroit Red Wings and the Montreal Maroons.

In televised playoffs, the game in itself is not played for more time, but there is additional stoppage time allotted for promotions and commercials. As mentioned above, the intermission in televised games goes on for 17 minutes.

Every 20 minute period will have three extra stoppages apart from the regular stoppage reasons. These additional stoppages are of 2 minutes each and are used by broadcasters to air their commercials. The first stoppage is at the 6-minute mark, the second at the 10-minute mark, and the third at the 14-minute mark.

As one can see from the above rules, there is no telling how long a hockey game lasts. NHL playoffs have three periods of 20 minutes each, and each period will involve stoppage time. There will be a minimum of two intermissions, of 15 minutes each. NHL playoffs stand out from other games as there are no shootouts and the game will go into overtime until a team scores a goal.