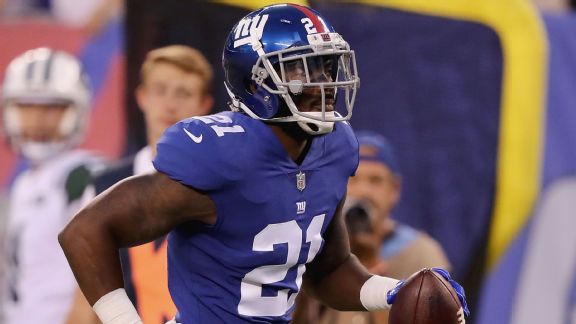 The New York Giants and New England Patriots game this Thursday from Foxborough will have a very different feel from their classic Super Bowl XLVI meeting. That’s because this is Week 4 of the preseason slate and you won’t see hardly any of those stars that graced the field that day in 2012. Both teams are 1-2 this preseason, which makes Giants’ head coach Ben McAdoo now 3-4 in his two preseasons with the team. They are now 0-4 in the first two weeks of the preseason under him but 3-0 in Weeks 3 and 4. As for the Patriots, their worst preseason week is this one. They are 12-7 in Week 1, 10-8 in Week 2, 9-8 in Week 3 but just 7-10 in Week 4.

New England will be looking for another wide receiver after they lost star wideout Julian Edelman to an ACL injury last week. Look for some of the fringe wide receivers to be playing hard and looking for the ball to impress Belichick. One position the Patriots are very deep with depth is running back. Dion Lewis, Mike Gillislee, James White, Rex Burkhead and Branden Bolden are all vying for playing time. Some of these guys – all of who have played significant snaps in regular season play – will see action. The same depth goes for quarterback. While we might not see much of Tom Brady, Jimmy Garoppolo and Jacoby Brissett will get the majority of play and both have plenty of experience. New England will open the NFL season next Thursday night against the Kansas City Chiefs.

The Giants offense has looked really sluggish so far in preseason play. They barely edged out the New York Jets last week 32-31 but their point total was helped by some brutal Jets’ quarterbacking. New York began the scoring last week by sacking the Jets’ Matt Forte in the endzone, then returned a couple of interceptions for touchdowns including star safety Landon Collins. Prior to last week, they had scored a total of just 18 points in their first two preseason games. Eli Manning was just 7-of-14 with an interception against the Jets, but starting wide receivers Odell Beckham Jr. and Brandon Marshall have been nursing injuries all camp. Look for the Giants to be conservative in this one to protect their stars.

The depth of the Patriots alone is why I’m taking them in this one. That, and the fact that the Giants offense has been bad this preseason. This will not be your typical intense Giants/Patriots battle here tonight.