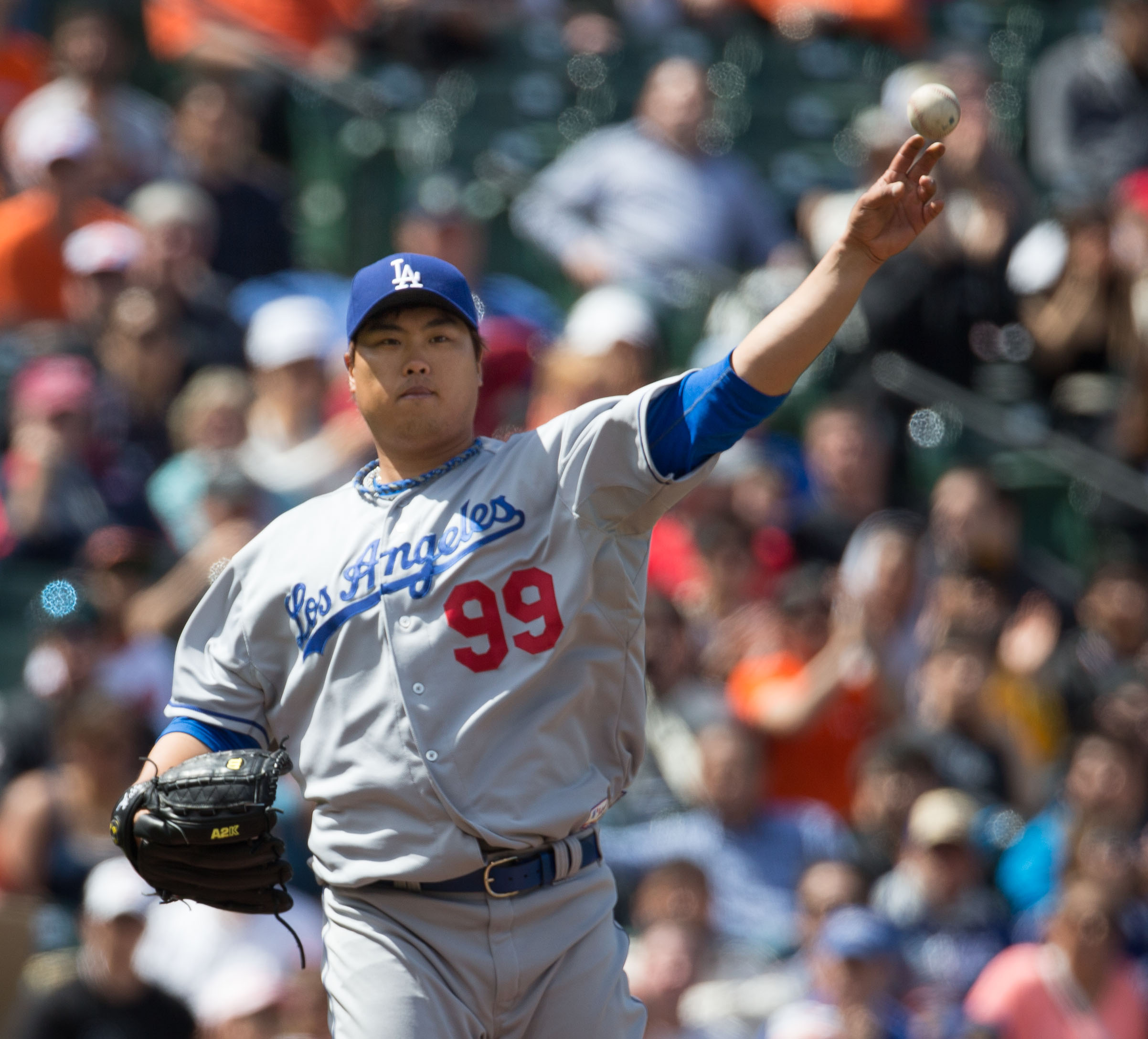 The San Francisco Giants will move their ace up one day so that he can try and help his team avoid a sweep of rival the Los Angeles Dodgers on ESPN’s Sunday Night Baseball. Madison Bumgarner was scheduled to start on Monday and speculation as to why he was moved to Sunday is widespread. Just check out this article from The Mercury News. After a 6-4 come-from-behind win in the series opener, the Dodgers scored two early runs and held on for a 2-1 victory on Saturday to claim their seventh win in a row. L.A. will look for their third winning streak of eight games or more since mid-June. They have allowed an average of 3.14 runs during the current streak, which gives Los Angeles an incredible 38-6 mark since June 7th and puts the club 42 games over .500 (73-31) for the first time since finishing 102-60 in 1974. Corey Seager had three hits – two doubles – and scored both runs for the Dodgers on Saturday and he is 5-for-8 with four runs scored and three RBIs in the series. Bumgarner and the Giants are having a rough season, but remarkably, they have split the 12 games against the Dodgers. San Francisco is 18-36 on the road and 33.5 games behind their National League West rivals. Giants LF Gorkys Hernandez has hit safely in eight of his last nine games after doubling in three at-bats Saturday.

The Giants had lost each of Bumgarner’s first six starts this year before a win over the Pittsburgh Pirates in his last outing. He allowed just one run in five innings to earn his first victory of the season. Bumgarner has 42 strikeouts against just eight walks in 2017 and he’s posted a 2.89 ERA through his first four road outings. He is 14-9 with a 2.70 ERA in his career against the Dodgers. Look for the Dodgers to start seldom-used Enrique Hernandez , who is 12-for-24 with three homers against the four-time All-Star.

Ryu has not gone deep into games recently, but still has a decent record to show for it. In his last five starts, he has failed to get through six innings, but has allowed exactly two runs in each of the last four to help the Dodgers go 3-1 in that stretch. He limited the Giants to a run in six innings at San Francisco earlier this year and is 4-5 with a 3.79 ERA in 10 career matchups. Hunter Pence, whose solo homer accounted for all of the offense for the Giants on Saturday, is 11-for-25 with a pair of doubles against Ryu.

Moving Bumgarner up to face the Dodgers won’t help much here. The Dodgers are on a historic run and to go against them right now would just be foolish. The line is OFF the board because of the pitching change, but I’m taking the runline tonight.