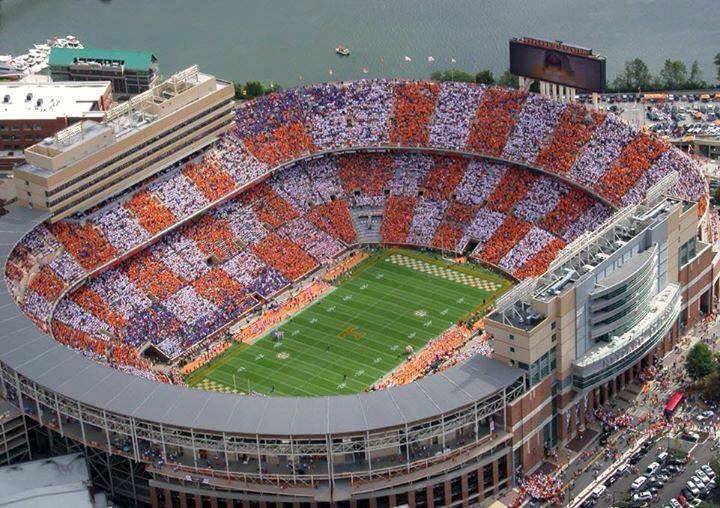 Through nine games of the 2021 College Football season, the Georgia Bulldogs have yet to allow an opponent to score more than 13 points. That will be tested Saturday afternoon at Neyland Stadium in Knoxville, Tn. as the top-ranked Bulldogs visit the Tennessee Volunteers. Georgia has already punched their ticket to the Dec. 4 SEC Championship Game in Charlotte and are looking to end the conference season unblemished. Georgia still has two more games on the schedule against Charleston Southern and Georgia Tech before facing the West Division champion of the SEC. Since their season opening win at Clemson, the Bulldogs have been favored by at least 14.5 points in every game and have covered five of those eight. They come into this contest against the Vols as 20-point favorites. Georgia is coming off a 43-6 home win over Missouri in which both quarterbacks – Stetson Bennett and JT Daniels – saw action. Head coach Kirby Smart has announced who will be taking the first snap Saturday.

Tennessee has had an up-and-down season, looking like a program back on the rise, then not so much the next week. The Vols are coming off one of their most impressive wins of the season when they knocked-off then-No. 18 Kentucky 45-42 to end Tennessee’s 31-game road losing streak to ranked teams. The Volunteers can put up some points, but it will be hard-pressed against Georgia’s defense on Saturday. The team ranks 15th in the country in scoring at 38.2 points a game and putting up 45 on solid Kentucky defense is no easy task. Tennessee needs just one more win to become bowl-eligible and even if they don’t shock the world this week, they’ll certainly win against South Alabama or Vanderbilt to close the season. The Vols have dropped their past four meetings with the Bulldogs, who have outscored Tennessee 84-14 over the past two matchups at Neyland Stadium.

Bennett has started the past five games ahead of Daniels, who played most of the second half against Missouri after having been sidelined with a strained oblique. Bennett completed 13-of-19 passes for 255 yards and two touchdowns in the win over Missouri, then gave way to Daniels in the third quarter, up 33-3. Daniels completed 7-of-11 for 82 yards with a touchdown and an interception. On the year, Bennett has completed 66.7 percent of his passes for 1,412 yards with 14 touchdown passes and four interceptions. Daniels is an efficient 74.4 percent for 649 yards and six touchdowns with three interceptions. Zamir White (106 carries, 519 yards, nine TDs) and James Cook (66 carries, 383 yards, four TDs) will lead the rushing attack, while true freshman tight end Brock Bowers leads the team in receptions (28), yards (493) and receiving touchdowns (six). The defense is allowing just 6.6 points a game and ranks second nationally in both rush and pass defense.

Tennessee quarterback Herndon Hooker torched the Kentucky defense last week for 314 yards on just 15 completions, while throwing four touchdowns without an interception. Four different receivers caught a scoring pass, which makes it tough for opponents to defend. On the season, Hooker has thrown for 1,894 yards with 21 touchdowns against just two interceptions. He has plenty of targets including receivers Velus Jones Jr. (36 catches, 553 yards, five TDs), Cedric Tillman (36 catches, 525 yards, five TDs) and JaVonta Payton (14 catches, 365 yards, six TDS). It won’t be easy, though, as the Bulldogs are ranked second nationally in passing defense, allowing just 151.1 yards per game. Running back Tiyon Evans has rushed for 525 yards and six touchdowns on 81 carries for a 6.5 yards per carry average. Defensively, the Vols allow 28.2 points a game, which ranks 80th in the nation.

Tennessee has been looking forward to this game all year and they come in with some momentum. The Vols can put up points and this should be the first opponent to score more than 13 against Georgia this year. I expect a high-scoring game with the Vols keeping it within the spread.