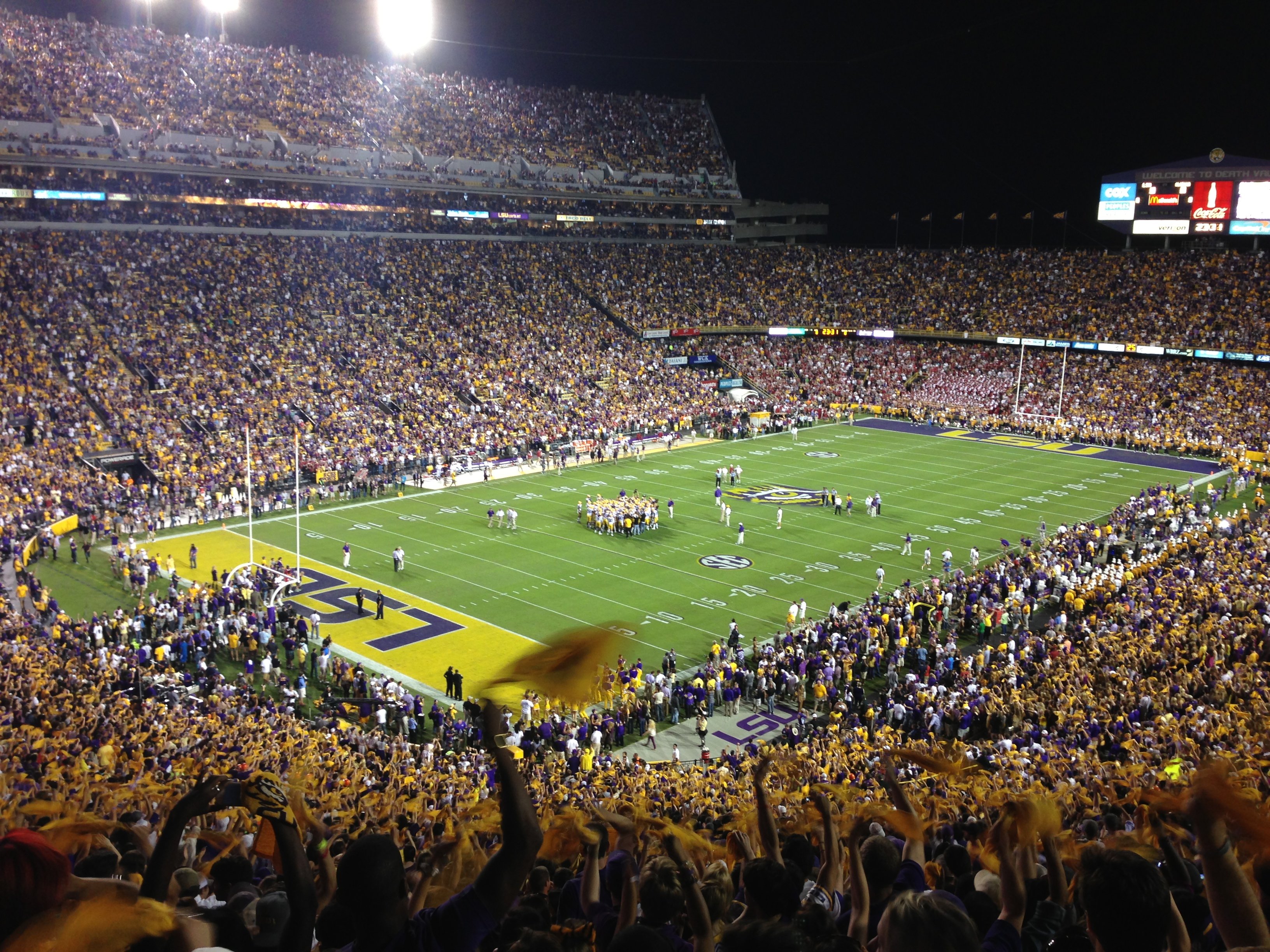 The second-ranked Georgia Bulldogs’ journey to get back into the National Championship Game in January continues with their toughest test to date – a road contest in Baton Rouge against the 12th-ranked Louisiana State Tigers. Georgia has had little trouble taking care of their first six opponents, averaging 42.8 points along the way, but LSU allows just 17.0 points a game and are even better at home. The Bulldogs average an SEC-leading 245.2 rushing yards despite the departure of both Sony Michel and Nick Chubb to graduation. Georgia is using several players to fill the position including Elijah Holyfield, D’Andre Swift, Brian Herrien and James Cook, and the group has produced nine touchdowns while averaging 6.1 yards per carry. The Tigers are coming off their first loss of the season, a 27-19 setback at Florida in which they scored on their first possession but struggled offensively the rest of the way. The Tigers need to hold onto the ball better against Georgia after committing five turnovers in their last two games. The road team is 3-0-1 ATS in the last four meetings, but Georgia and LSU have not met since 2013.

Holyfield ran for 64 yards and a touchdown on just six carries in last week’s win over Vanderbilt, and leads the Bulldogs with 432 yards rushing, while Swift has run for four scores. Quarterback Jake Fromm continues to make a Heisman case by passing for a season-high 276 yards last week, and his 72.8 percent completion rate ranks fifth in the nation. Georgia’s defense is no slouch either, ranking second in the country in scoring defense (13 points per game) and has shutout opponents in half of its 24 quarters this season. Safety Richard LeCounte leads the Bulldogs with 33 tackles, including a team-high six last week against the Commodores.

LSU Running back Nick Brossette is tied for first in the conference with eight rushing scores after running for 95 yards and two touchdowns last week against Florida. Quarterback Joe Burrow suffered his first loss in his sixth start last week and saw his school-record streak of 158 pass attempts without an interception end against the Gators despite completing a career-high 19 passes. The defense is led by linebacker Devin White, who averages 8.8 tackles per game, while safety Grant Delpit leads the Tigers with three interceptions, three sacks and 6.5 tackles for loss.

I know Death Valley is an extremely tough place to play, but this Georgia team is really talented and I don’t see how LSU can score enough to keep up. Georgia has played at South Carolina and Missouri this season, and easily won both. I think they’ll be ready for LSU.