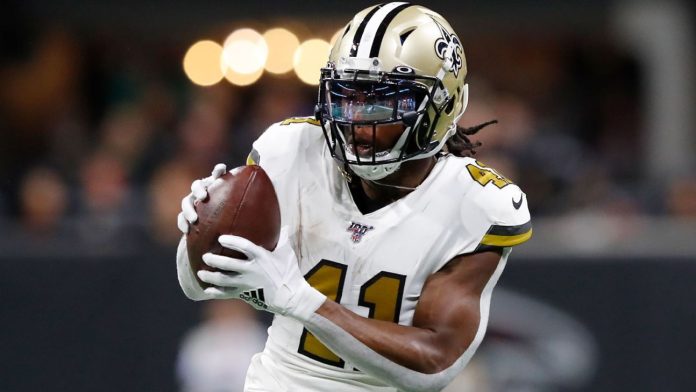 A couple of months ago, this Monday Night’s NFL game featuring the Miami Dolphins and the New Orleans Saints seemed like the worst matchup of the year. Fast forward to Week 16 and both teams are still very much alive in the postseason race which makes this matchup very intriguing. We’ll start with Miami, who are the hottest team in the league. The Dolphins have reeled-off six straight wins to remarkably even their record at 7-7. However, only one of those wins came against a team who will finish above .500 when the season closes – the Baltimore Ravens. Miami currently sits 11th in the AFC playoff chase but does at least hold tiebreakers over fellow 7-7 teams Cleveland and Denver. Their easy schedule gets tougher with the Saints on Monday and a visit to Tennessee before hosting New England in Week 18.

Miami will catch a break on Monday when they face a rookie quarterback in Ian Book out of Notre Dame. The Saints’ top two QBs, Taysom Hill and Trevor Siemian, were two of nine players New Orleans placed on the reserve/COVID-19 list Thursday. Key players Malcolm Jenkins, Kaden Elliss and Jalyn Holmes were also added. Four more hit the dreaded list on Friday, including starting linebacker Demario Davis and starting right tackle Ryan Ramczyk. Book went 30-5 at Notre Dame, setting a school record for most wins by a starting QB. New Orleans is coming off a shocking 9-0 win at Tampa Bay on Sunday night and are currently the seventh seed in the NFC. However, they are tied with both the Minnesota Vikings and Philadelphia Eagles with two more teams right behind them.

Covid pretty much wiped out the Dolphins running game in last week’s 31-24 win over the Jets, but a new star emerged. In just his second game of the season, running back Duke Johnson rushed for 107 yards and two scores. All RBs should be back, but Johnson might get a few more touches. Star rookie wideout Jaylen Waddle also missed the game but should be back Monday. No NFL team has made the playoffs after being six games under .500 at any point in a season. The Dolphins are just the second team in NFL history to win six straight games and lose seven straight in the same season. Tua Tagovailoa passed for 196 yards and two touchdowns with two interceptions last week. Miami’s defense sacked Jets quarterback Zach Wilson six times and have allowed the second-fewest yards in the NFL over the past seven weeks.

In the win over Tampa Bay last week, New Orleans defensive coordinator Dennis Allen served as head coach with Sean Payton in COVID protocols. It was the first time Brady lost to an opponent that didn’t record a touchdown and he was shut out for the first time since 2006. Cameron Jordan returned after missing a game (Covid) and had two sacks Sunday to reach 100 career. On the season, the Saints are allowing just 20.4 points per game and 336.9 total yards per contest. Opposing teams are scoring just 43.5 percent of the tim in the red zone against the Saints’ defense. The offense was terrible, producing just 11 first downs and 212 total yards. Running back Alvin Kamara is the Saints’ primary offensive threat. He has compiled 1,016 yards and scored eight touchdowns in just 10 games this season.

I was going to take the Saints when the lines came out last Sunday night, but this is why you have to wait during this Covid mess. I’m switching my pick over to Miami mainly because their defense is healthy and will make life miserable for Book.