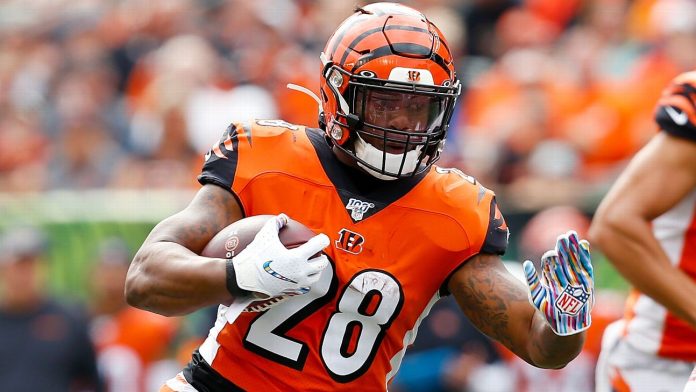 After three weeks of the NFL season, there are only two undefeated teams left. One of them will play Thursday night as the 3-0 Miami Dolphins visit the Cincinnati Bengals from Paycor Stadium. Remember, this game is only available on Amazon Prime. Miami’s 3-0 start is no joke after beating New England, Baltimore and Buffalo. The Dolphins are coming off a wild 21-19 home win over the Bills to take over first place in the AFC East. However, quarterback Tua Tagovailoa was banged up and was limited in practice Tuesday, with the team saying he has both back and ankle injuries. Tagovailoa said he doesn’t have a head injury, but he did look woozy after being hit during Sunday’s game. Backup Teddy Bridgewater is being prepared to play, with a decision on Tagovailoa’s availability coming possibly Thursday morning.

While the Dolphins are rolling after three games, the Bengals are not looking like the team that made the Super Bowl last season. Cincinnati dropped their first two games to Pittsburgh and Dallas before getting in the win column last Sunday with a 27-12 road victory over the New York Jets. After getting sacked 13 times in the first two games, the Bengals O-line was able to protect Joe Burrow better with only two sacks against the Jets. Burrow was out for the season the last time these teams met in 2020. Tagovailoa threw for 296 yards and a score in Miami’s 19-7 home win. Cincinnati’s offense did nothing behind backup Brandon Allen. The Dolphins are 7-3 ATS in the past 10 meetings and the home team has covered five straight.

The NFL Players Association has told the NFL it wants a review the league’s concussion protocols as it believes the Dolphins rushed Tua back too quickly. Miami coach Mike McDaniel said Tagovailoa’s back was actually the issue and that Tua is not in concussion protocol currently. Tagovailoa has passed for 925 yards, eight touchdowns and two interceptions on the season. Jaylen Waddle (342) ranks second in the NFL in receiving yards and Tyreek Hill (317) is third. The Dolphins’ defense recorded four sacks against Buffalo, which is a good sign when going up against a poor Cincinnati offensive line.

Burrow threw for 275 yards and three scores in Cincy’s win last week and finished the first quarter with 163 passing yards. Burrow didn’t have a completion over 24 yards in the first two games, but had a couple of long ones against the Jets. One thing to watch is the status of running back Joe Mixon, who left the Jets game in the fourth quarter with an apparent injury. He should be good to go Thursday. Cincinnati has the weapons it needs downfield in Tyler Boyd, Tee Higgins, and Ja’Marr Chase. Trey Hendrickson had 2.5 sacks last week with two of them strip sacks. Defensive tackle DJ Reader left with a knee injury and his status for Thursday is up in the air.

Miami has looked really good through three weeks and are still getting disrespected by oddsmakers. The Bengals are having a hard time protecting Burrow, and Miami will look to exploit that. Even if Tua can’t play, I have faith in Bridgewater to keep this one close.