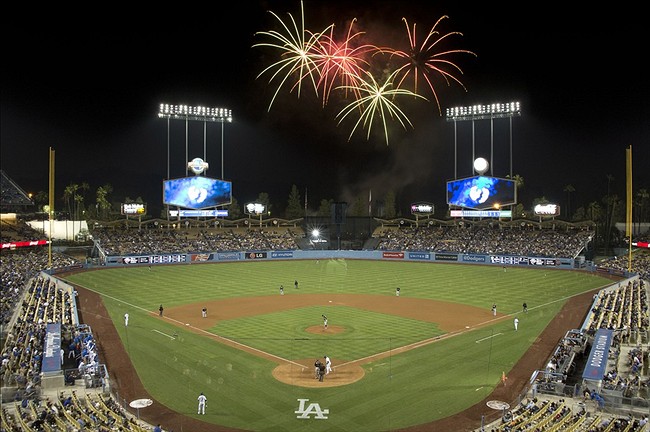 The Los Angeles Dodgers will try and distance themselves even further from what was recently a three-team race in the National League West, when they open a three-game set with the Arizona Diamondbacks on Tuesday night. Just over a week ago, the Dodgers, D’Backs, and Colorado Rockies had the top three records in the league and were all within a game of each other. L.A. begins the week with a 2.5 game lead over Arizona with Colorado starting to fade away. The Dodgers have the best record in the NL at 55-29, but did not have a player voted an All-Star starter when the rosters were announced on Sunday. Clayton Kershaw (tonight’s starter), Closer Kenley Jansen, SS Corey Seager and rookie 1B Cody Bellinger will represent the Dodgers in Miami at the All-Star Game next Tuesday as reserves, although Kershaw could get the start for the NL. The Diamondbacks will send four players to the All-Star Game (1B Paul Goldschmidt, Starter Zack Greinke, Starter Robbie Ray and 3B Jake Lamb) as well and began July with a pair of wins after closing June with three consecutive losses. Arizona, which took four of seven from the Dodgers in April, are 7-1 in their last eight road contests. Arizona SS Chris Owings is 7-for-19 with three home runs, four doubles and six RBIs in his last five games.

Patrick Corbin has a three-game quality start streak going and has allowed just two or fewer earned runs in each of those outings, but has just one win to show for it. He held the St. Louis Cardinals to two runs and five hits in six innings on Thursday but received a no-decision in a game Arizona went on to lose 10-4. Corbin was a little shaky at Dodger Stadium on April 15th, when he allowed five runs – three earned – on nine hits and three walks over six innings in a loss.

Kershaw has not allowed an earned run in either of his last two starts while surrendering a total of seven hits in 13 innings and striking out 20. The Cy Young-candidate surrendered four home runs in a win over the New York Mets on June 16th but kept the ball in the park in the last two outings and has recorded the win in each of his last five starts. Kershaw struck out eight in 8.1 innings while allowing one run and four hits in a win over Arizona on April 14th.

Look, the Dodgers are probably going to win this game, but I’m not laying -275 on anyone, so let’s look at another option. Even the runline isn’t an attractive play at -140, which leaves us with the total. Arizona does not play well away from home and Kershaw shouldn’t allow more than one run to him. I’m going to take the under with the thinking that Corbin continues to pitch well and does just enough to keep L.A. from exploding offensively.