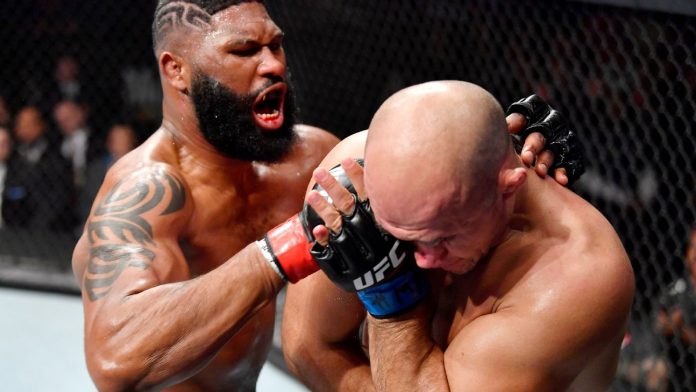 UFC Fight Night 173 has a pretty solid card this Saturday night and features a matchup of Top-10 heavyweights from Las Vegas as Curtis Blaydes takes on Alexander Volkov. The event was initially to take place at the SaskTel Centre in Saskatoon, Saskatchewan, but the COVID-19 pandemic forced the match to be rescheduled to this month. Blaydes comes in as the -380 favorite with Volkov returning +280 over at Bovada Sportsbook.

The current UFC heavyweight champion is Stipe Miocic and the No. 1 contender is Daniel Cormier. Next in line is the third-ranked Blaydes (13-2), who could get a title shot early next year with a win here. No. 2 Francis Ngannou is the one who has handed Blaydes his only two losses in November 2018 and in April 2016. Blaydes is coming off a dominant second-round TKO victory (punches) over former heavyweight champion Junior dos Santos in January.

Blaydes wins 77 percent of the time by KO/TKO, averages 3.74 significant strikes per minute and 6.63 takedowns per 15 minutes with 55 percent accuracy.

Volkov (31-7) is 31-years old and ranked seventh in the division and is a former Bellator heavyweight champion. He has won seven of his past eight matches and followed up a third-round KO loss to Derrick Lewis with a unanimous decision victory over former NFL Pro Bowl defensive end Greg Hardy in November 2019.

Volkov has won 20 of his bouts by KO/TKO, eight by decision and three by submission. He averages 5.36 significant strikes per minute and just 0.75 takedowns per 15 minutes with 75 percent accuracy.

Prediction: Blaydes will come into this one more prepared as Volkov has been unable to use his usual gym in Russia and has essentially been training at home. Volkov is taller but the reaches are about the same. Look for Blaydes to overpower Volkov and come away with a victory.