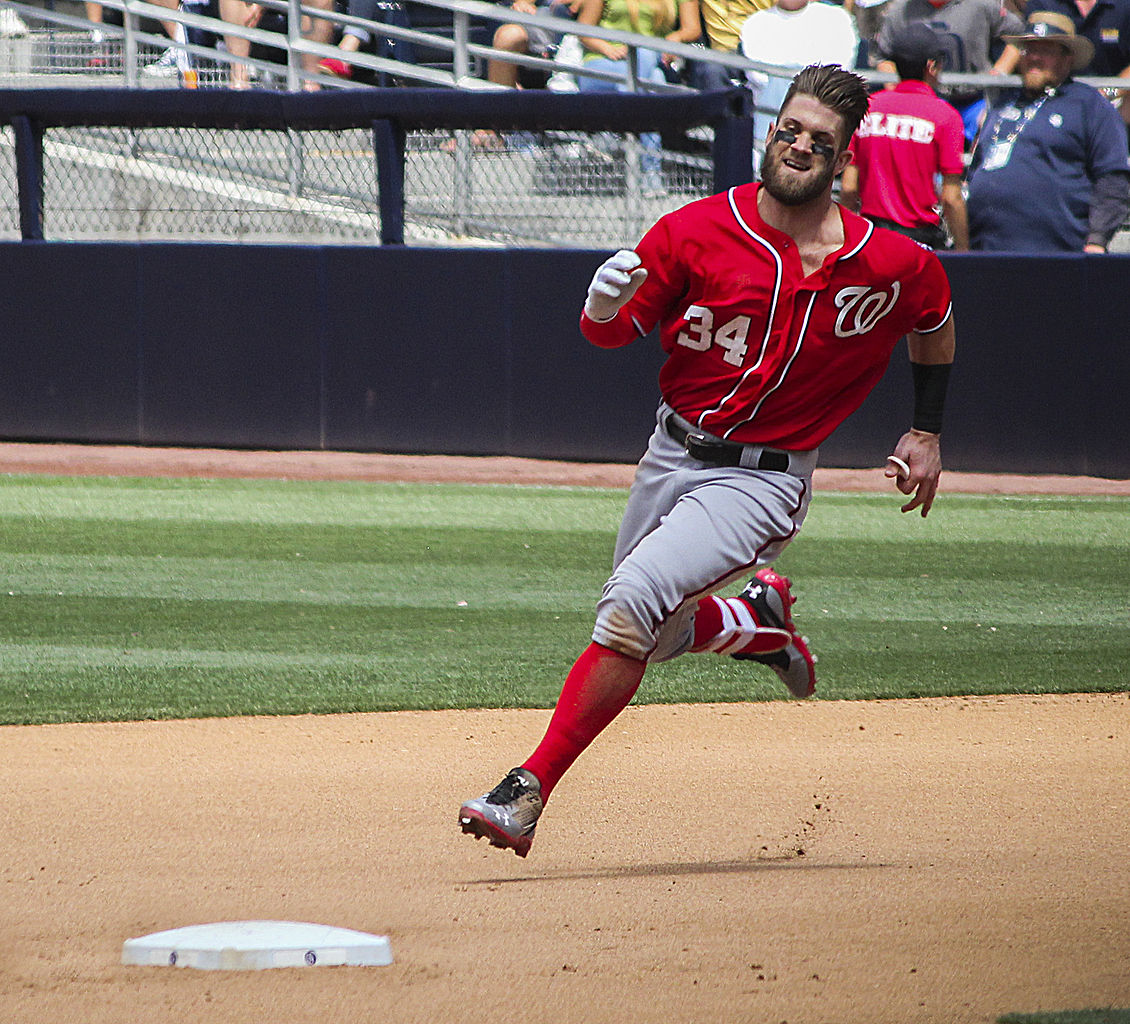 The Chicago Cubs continue their 11-game road trip with the first of four in the Nation’s Capital when they take on the first place Washington Nationals on Monday night. Regional coverage on MLB Network begins at 7:00 ET. While the Nationals own a comfortable lead in the NL East, the defending champion Cubs have been hovering around .500 all year and are 1.5 games back of the Milwaukee Brewers in the Central. The offense has been a concern for the Cubs as they rank 29th in Major League Baseball with a .240 batting average and Fall’s postseason hero Kyle Schwarber has been demoted to Triple-A Iowa. The Cubs could be without short stop Addison Russell on Monday as he left Sunday’s 4-2 loss in Miami with right shoulder discomfort. Chicago first baseman Anthony Rizzo, one of the team’s hottest hitters of late, is 2-for-20 with six strikeouts against tonight’s starter Gio Gonzalez. The Cubs left 31 runners on base while splitting a four-game series at Miami over the weekend, including 11 stranded runners in Sunday’s setback. Washington is first in the majors in runs scored (5.65) after collecting 26 runs in a three-game series win (2-1) over Cincinnati this past weekend. Washington 2B Daniel Murphy is 13-for-36 during a nine-game hitting streak.

Eddie Butler will make his ninth start of the season and he hasn’t made it through six innings since his first start on May 12th at St. Louis. He allowed only one run and five hits Wednesday against San Diego, but he ran up a high pitch count and left without recording an out in the fifth. Butler has faced the Nationals only once, allowing four runs over six innings in a loss in 2015.

Gonzalez is having his best season since he won 21 games in 2012 and is on his way to an eighth straight season with double-digit wins. He has won his last four decisions with his last loss coming May 8th at Baltimore. Gonzalez has five consecutive quality starts and is coming off a win at Miami in which he allowed three runs and six hits over seven innings with eight strikeouts. Gonzalez is 3-2 with a 3.23 ERA in nine starts against the Cubs.

It’s hard to against the Cubs, but they’re really struggling this year and might be without one of their best hitters in Russell. Don’t expect Rizzo to continue his hot play as Gonzalez has owned him. I like Washington a lot in this one, but will just take the moneyline.