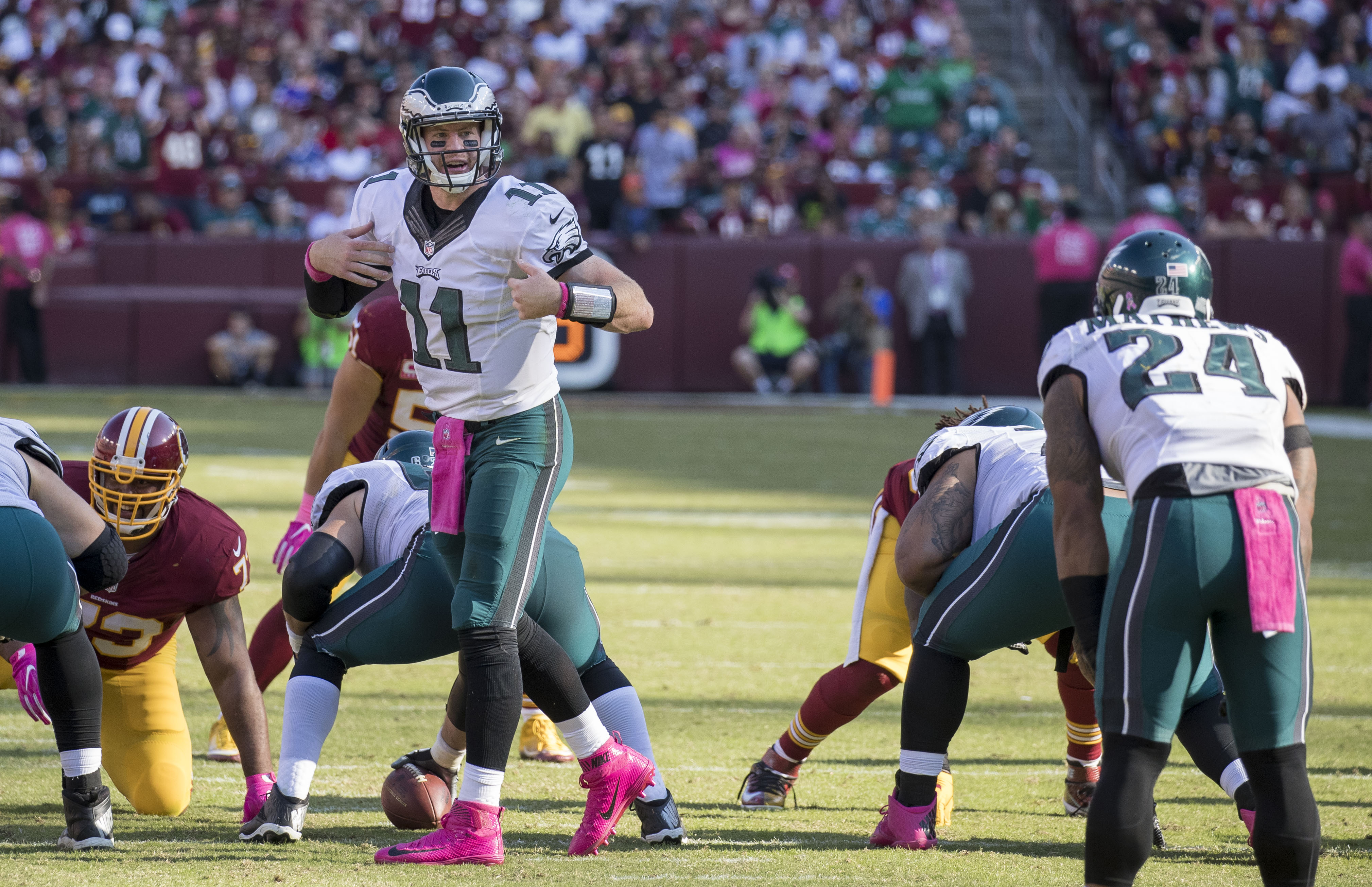 The Dallas Cowboys are still very much alive in the tight NFC East race, but they’re fading fast and a loss Sunday night to rival Philadelphia, may signal the end. The Cowboys look to rebound from a Monday night home loss to the Tennessee Titans when they battle the Eagles for the first of two meetings this year. Dallas couldn’t take advantage of a pair of first quarter Titans’ turnovers on Monday, then the offense didn’t come out of the locker room after halftime (108 second half yards) in the 28-14 setback. While the Cowboys have just six days to prepare, the Eagles are coming off a bye week with some major momentum gained from a 24-18 win over Jacksonville in London in Week 8 to get back to .500. During the off week, Philadelphia added an excellent weapon for Carson Wentz in Detroit Lions receiver Golden Tate before last Tuesday’s trade deadline. The teams split last year’s two games with Philly getting a 37-9 win in Arlington with Wentz throwing two touchdowns and the team running for 215 yards and two touchdowns. In the 2017 regular-season finale, Dallas won 6-0 in Philadelphia after the Cowboys had been eliminated from the playoffs and the Eagles were locked into the NFC’s top seed so they either rested their key guys or played them only briefly. The favorite has covered the spread in each of the last five meetings.

Dallas could use a bit more from running back Ezekiel Elliott, who has rushed for less than 100 yards total over the past two games, forcing Dak Prescott to work more. Prescott received a vote of confidence for his future from owner Jerry Jones this week, but the quarterback will need to starting making big plays should Elliott get locked up again. Prescott has seven touchdowns (five passing, two rushing) in his last three games overall, although he totaled just 324 yards with one touchdown and three interceptions in both meetings against Philadelphia last season. Dallas will have a void to fill on defense as LB Sean Lee will reportedly be sidelined four to six weeks with a strained hamstring.

Tate has already taken on the Cowboys secondary this season and scorched them for eight receptions and 132 yards and two scores in the Lions’ 26-24 setback on September 30th. Fellow wideout Alshon Jeffery has recorded 14 touchdowns in his last 17 games, although he was shutout in London by Jaguars’ cornerback Jalen Ramsey. Tight end Zach Ertz leads all players at his position in receptions (61) and scored a touchdown versus the Jaguars. The Eagles should get left tackle Lane Johnson back on Sunday despite sustaining a Grade 2 MCL sprain in Week 8.

Philadelphia should have no problem at all with this fledgling Cowboys team. In the only real meeting last season, Wentz and company destroyed this team and Dallas seems to be in worse shape this time around. The short-rest for Dallas and extra rest for Philly should prove to be the difference.