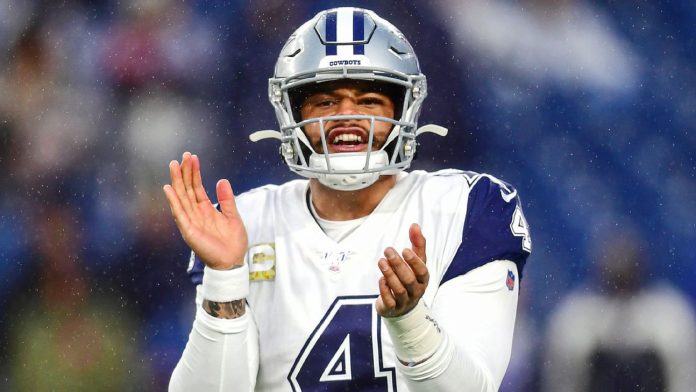 The Dallas Cowboys are chasing the Philadelphia Eagles in the crowded NFC East and are eager to get revenge when the two teams meet on Dec. 18. In the meantime, Dallas will look to keep pace over the next three weeks with a very favorable schedule. That stretch starts on Sunday Night Football when the Cowboys host the Indianapolis Colts. After that, Dallas will get two other AFC South teams in Houston and Jacksonville. The Cowboys come into this contest with extra rest after beating the New York Giants 28-20 on Thanksgiving Day. That followed a 40-3 beatdown of the Minnesota Vikings on the road. Dallas trails the Eagles by two games entering Week 13 action. The teams haven’t met since the 2018 season when the Colts beat the visiting Cowboys 23-0. The home team is 4-1 against the spread in the past five meetings.

The Colts currently trail the Tennessee Titans by three games in the AFC South and are 1-2 under interim head coach Jeff Saturday. Indianapolis has lost five of their last six games including a 24-17 home loss to the Pittsburgh Steelers this past Monday night. The offense has been horrendous this season, but the running of Jonathan Taylor and a stout defense has kept Indy in games. Nine of their 12 games have been decided by one possession and the defense is sixth overall and sixth against the pass. Indy will go into their bye week after this contest then play three potential playoff teams in a row before closing with Houston. The Colts are now 10.5-point underdogs as of Friday night with a total of 44.5.

The Colts trailed 16-3 at the half last week against Pittsburgh but took a lead late in the third quarter on a 6-yard touchdown pass from Matt Ryan to Michael Pittman Jr., but the Steelers scored the winning TD with about 10 minutes to go. There was some really bad clock management by Ryan and Saturday in the final minute that cost the Colts a chance to at least tie the game. Ryan threw for 199 yards, while Jonathan Taylor had 86 yards and a TD on 20 carries. Tight end Jelani Woods had 98 receiving yards on eight catches. The Colts are 28th in the league in third-down conversions (36 percent) and are averaging just 15.8 points per game. The Colts are tied for last in the NFL with 21 giveaways and 31st in the league with a turnover margin at minus-10.

Dak Prescott was picked off twice on Thanksgiving Day but had a pair of TD passes to tight end Dalton Schultz. Dallas also rushed for 169 yards and two scores. Dallas has recorded at least 134 rushing yards over the last six games behind Ezekiel Elliott and Marcus Pollard. In five games since Prescott returned from a thumb injury, CeeDee Lamb has 31 receptions for 448 yards and three touchdowns. On defense, Micah Parsons is second in the NFL with 12.0 sacks and fifth with 21 QB hits, while defensive end DeMarcus Lawrence has 6.0 sacks and 10 QB hits. Lawrence is playing with a fractured foot and might not practice the rest of the season. The Cowboys are 13-3 against the spread in their last 16 games versus a team with a losing record.

Dallas should win this game but this is a lot of points to give a Colts team that can run the ball and play solid defense. Matt Ryan’s career is about over, but he’s still capable of keeping Indy in games. I’ll take the points.