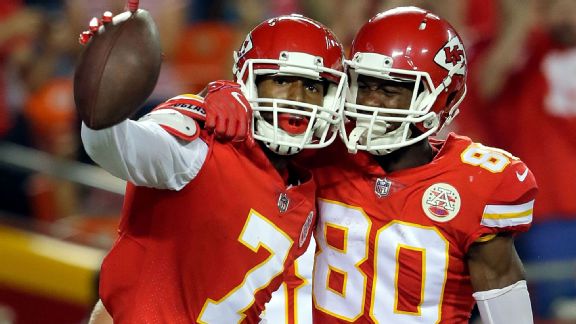 The 2017 NFL season is finally here and will kick-off with the New England Patriots beginning their defense of their Super Bowl LI Championship when they host the Kansas City Chiefs on Thursday night. The NFL’s Thursday Night Kickoff began in 2002, and the defending Super Bowl Champion has hosted this game every year since 2004. New England is 3-0 when playing in the Thursday Kickoff game as the defending Super Bowl Champion. Overall, the Patriots are 4-0 all-time in season openers after winning the Super Bowl, including a 30-14 Monday Night Football win vs. Pittsburgh in 2002 – the first regular season game at Gillette Stadium. The Patriots and Chiefs will meet for the first time since a 27-20 New England win the AFC Divisional Playoffs on January 16th, 2016 at Gillette Stadium. It will be the first regular season meeting since the Patriots suffered a 41-14 loss in a Monday Night Football game played at Kansas City on September 29th, 2014. Kansas City holds a 17-13-3 all-time edge against New England, but most of that success has come at Arrowhead Stadium. The Chiefs are 6-10-2 in games played at New England, including 0-3 at Gillette Stadium (0-4 including the postseason). Surprisingly, the betting public is about split on this game right now.

The Chiefs are coming off a 12-4 season and won the AFC West. The were the No. 2 seed in the AFC Playoffs, but suffered a tough 18-16 loss at home to Pittsburgh. This off-season, the Chiefs surprisingly released No. 1 receiver Jeremy Maclin in a salary-cap move as they feel the emergence of second-year wideout made Maclin expendable. In the pre-season, the Chiefs lost starting running back Spencer Ware to a season-ending injury, but it appears they may have an answer with third-round Kareem Hunt, who impressed during the August games. Hunt, a third-round pick who racked-up nearly 5,000 yards over four seasons at Toledo, will now take over for Ware, while Travis Kelce is widely considered the league’s No. 2 tight end behind New England’s Rob Gronkowski. Kelce had 85 catches last season and led all tight ends with 1,125 receiving yards. The defense should be strong once again with perennial Pro Bowl safety Eric Berry leading a secondary that tied for the league high in interceptions, and Dee Ford and linebacker Justin Houston providing a pass rush that needs to pressure Brady.

The Patriots are enormous favorites to win back-to-back Super Bowls and their season win total is set at 12.5 The Patriots had a great off-season, trading for the likes of Saints receiver Brandin Cooks and Colts tight end Dwayne Allen, and adding free agents such as cornerback Stephon Gilmore and running backs Mike Gillislee and Rex Burkhead. On paper, this team looks more talented than the 2016 squad even with No. 1 receiver Julian Edelman going down to a season-ending knee injury in the preseason. He was by far Brady’s favorite target last year with 98 receptions for 1,106 yards. The Patriots will unveil Super Bowl banner No. 5 before this game and Commissioner Roger Goodell will be in attendance at a New England regular-season home game for the first time since “Deflategate.” That Patriots have won an astonishing 24 consecutive home games against non-division opponents. New England led the league with an average of 15.6 points allowed last season and improved the defense even more in the offseason with the signing of free-agent cornerback Stephen Gilmore, who registered a career-best five interceptions for Buffalo in 2016.

WEEK 1 STAFF SELECTIONS FOR EVERY GAME

It’s really hard not to take the Patriots laying the points in every game, but the Chiefs are a really good road cover team. They have a very solid defense with a ball control style of offense. Overall, they’re very underrated. One of the questions I ask myself when looking at an underdog – can they win the game outright? The answer here is yes. I can see them winning, so I have to take the points. New England will probably win the AFC again this season, but they won’t cover every game.