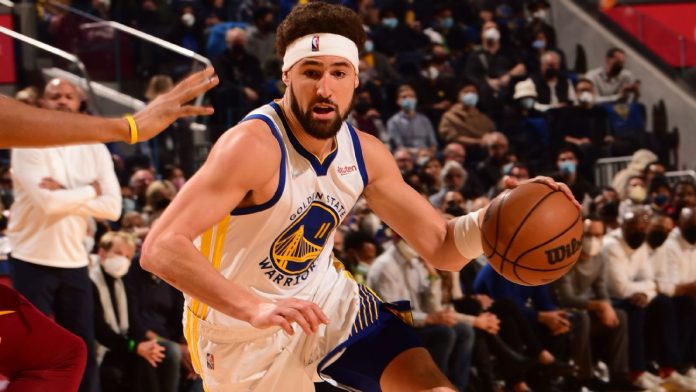 No game in this year’s NBA Finals has been decided by fewer than 10 points, but these two teams are evenly matched stats-wise as we head into Game 5 on Monday night. The Golden State Warriors and Boston Celtics are now in a best-of-three contest for the championship and Monday’s game will be in San Francisco. Steph Curry put on a show in Friday’s Game 4 to help Golden State tie the series up at 2-2. Each team has won on the other’s home floor, including the Warriors’ 107-97 win at Boston on Friday. The Warriors have outscored the Celtics by a total of just 422-421, while all the other key stats are pretty much even as well. The Warriors are now -160 favorites to win the series since they now have the homecourt advantage. Boston comes into Monday’s contest as a 3.5-point underdog, although they did win Game 1 easily at Chase Center.

In Game 2 at Golden State, it was the Warriors who dominated the game, especially the third quarter. Curry had 29 points, while the other four starters combined for 43 points, 21 rebounds, 12 assists and six steals in the 107-88 win. The Celtics have gone 8-3 on the road in the postseason, outshooting their opponents 38.1 percent to 31.2 percent on 3-pointers. They are one road win away from tying an NBA record for one postseason. The Warriors have gone 10-1 at home in the playoffs, hitting 40.7 percent of their threes as opposed to 36.3 percent by their opponents. Golden State is 7-3 ATS in their last 10 games and the Over has cashed in four of their last six contests. Game 6 will be back in Boston on Thursday night.

The Celtics trailed by just one point heading into the final period on Friday, but a 10-0 run by Golden State did Boston in. During that stretch, the Celtics missed six straight shots. Jayson Tatum led the team with 23 points, 11 rebounds and six assists, but only hit one shot in the fourth quarter. Jaylen Brown added 21 points, while Marcus Smart chipped in 18. Robert Williams III finished with a team-high 12 rebounds in 31 minutes after he was listed as questionable due to a knee injury that has kept him out of multiple playoff games. The Celtics are 9-2-1 against the spread in their last 12 games as a road underdog.

Curry had another big performance in Game 4, scoring a game-high 43 points and also added 10 rebounds. Curry hurt his ankle late in Game 3, but showed no effects in playing 41 minutes and made 14-of-26 shots, including 7-of-14 from beyond the arc. Klay Thompson added 18 points in Game 4, while Andrew Wiggins contributed 17 points and a game-high 16 rebounds. Curry is averaging 34.3 points on 50 percent shooting from the field and 49 percent from 3-point range this series. Thompson is behind Curry with 17.3 points, while Wiggins is third with 16.5.

I’ve been on Boston this whole series, but I’m going with the Warriors in Game 5. They have been dominate at home this postseason outside of Game 1 in this series. Curry’s ankle is obviously fine and should have another big game behind the raucous crowd.