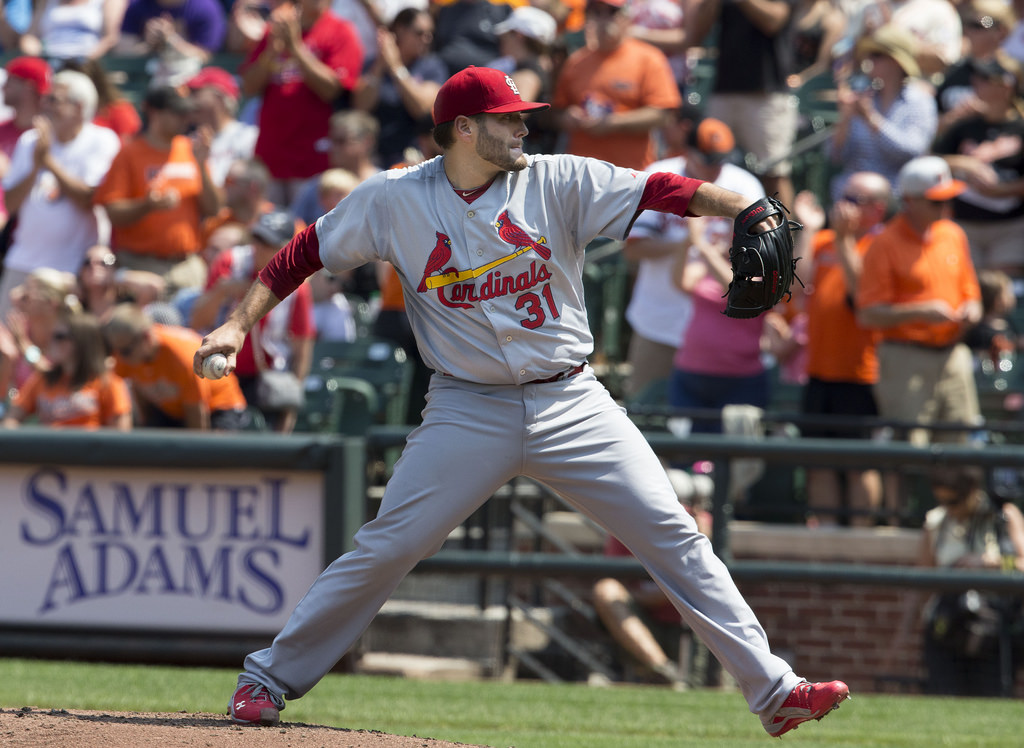 The Cincinnati Reds have already taken the first two games of a four-game series with the rival St. Louis Cardinals and will look for the series win on Wednesday night at Great American Ballpark. There was little drama in last night’s 13-1 crushing of the Cardinals until the eighth inning when Reds utility man Scooter Gennett came up having already hit three home runs in the game. He got behind 0-2 then launched his fourth homer into the right field stands to become the 17th player in history to accomplish that feat. He’s also the second one ever to have a grand slam as part of a four-homer night. He came into the the game with three homers on the season and 38 in his five-year career. He also knocked in 10 of Cincinnati’s 13 runs. St. Louis, who is really struggling, has lost a season-worst five straight games to start a seven-game road trip and has dropped 10 of its past 13 overall. One of the reasons for the skid is All-Star 1B Matt Carpenter, who is 4-for-35 over his past nine games and doesn’t have an RBI in his last 14. On the other end of the spectrum, Cincinnati’s Zack Cozart, who is second in the majors with a .353 average, is 7-for-11 over the past three games. Lance Lynn will be tasked to slow down Gennett and company tonight and will be opposed by Bronson Arroyo.

Lynn hasn’t recorded a victory in his last five starts and has pitched six innings or fewer in four of those outings. Lynn has plenty of experience against the Reds and is 9-4 with a 3.22 ERA in 18 career appearances (15 starts) against them, including a victory back in late April when he gave up one run and six hits over six innings. Gennett is 8-for-23 with no homers against Lynn, who has also struggled with Joey Votto (11-for-25, seven walks).

Arroyo is also pitching poorly of late, going 0-2 in his last five starts and has given up five or more runs in each of his two losses during the stretch. The veteran righty is 3-2 in six home starts despite a 5.35 ERA and has surrendered 10 homers in 33.2 innings and has allowed 19 total – most in the majors. Arroyo is 8-18 with a 4.91 ERA in 41 career appearances (39 starts) versus the Cardinals and has enjoyed success against Yadier Molina (12-for-59) and Dexter Fowler (4-for-21).

Hmm, which of these two pitchers will do enough to keep their team in it. Lynn is a better pitcher while Arroyo really just needs to retire. 19 home runs allowed is horrendous. I’ll take the Cardinals here tonight to finally get a win on the road trip while I’m switching back-and-forth between Game 3 of the NBA Finals.

CLICK HERE TO BET THE CARDINALS VS REDS GAME